Survey: One quarter of British Jews have considered leaving due to anti-Semitism 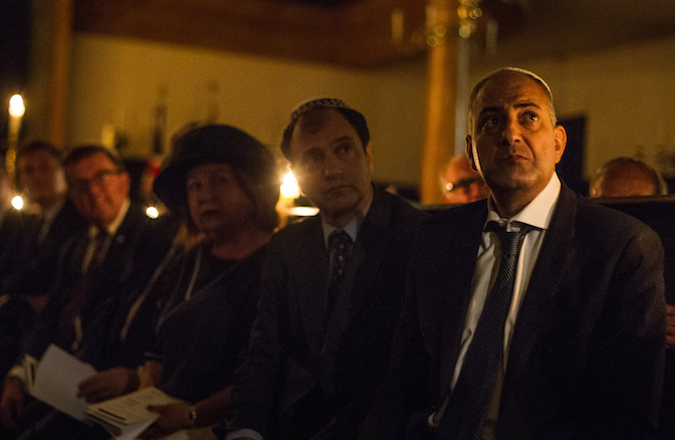 Members of the Jewish community attend a WWI Remembrance Ceremony at the Bevis Marks Synagogue on Aug. 4, 2014 in London. (Dan Dennison/Getty Images)
Advertisement

(JTA) — Nearly half of Britons hold an anti-Semitic view and one quarter of British Jews have considered leaving because of rising anti-Semitism, two new surveys found.

The surveys were released together on Wednesday by Britain’s Campaign Against Anti-Semitism, or CAA. The reports came out less than a week after four Jewish men were killed in a Paris kosher supermarket by an Islamic extremist.

Some 2,230 British Jews were given a link to complete the online survey. Several methods were used to ensure a wide and varied sample, according to the CAA.

“The results of our survey are a shocking wakeup call straight after the atrocities in Paris,” Gideon Falter, chairman of the Campaign Against Anti-Semitism, said in a statement. “Britain is at a tipping point: unless anti-Semitism is met with zero tolerance, it will grow and British Jews will increasingly question their place in their own country.”

YouGov polled a nationally representative sample of 3,411 British adults between Dec. 21 and Jan. 6.