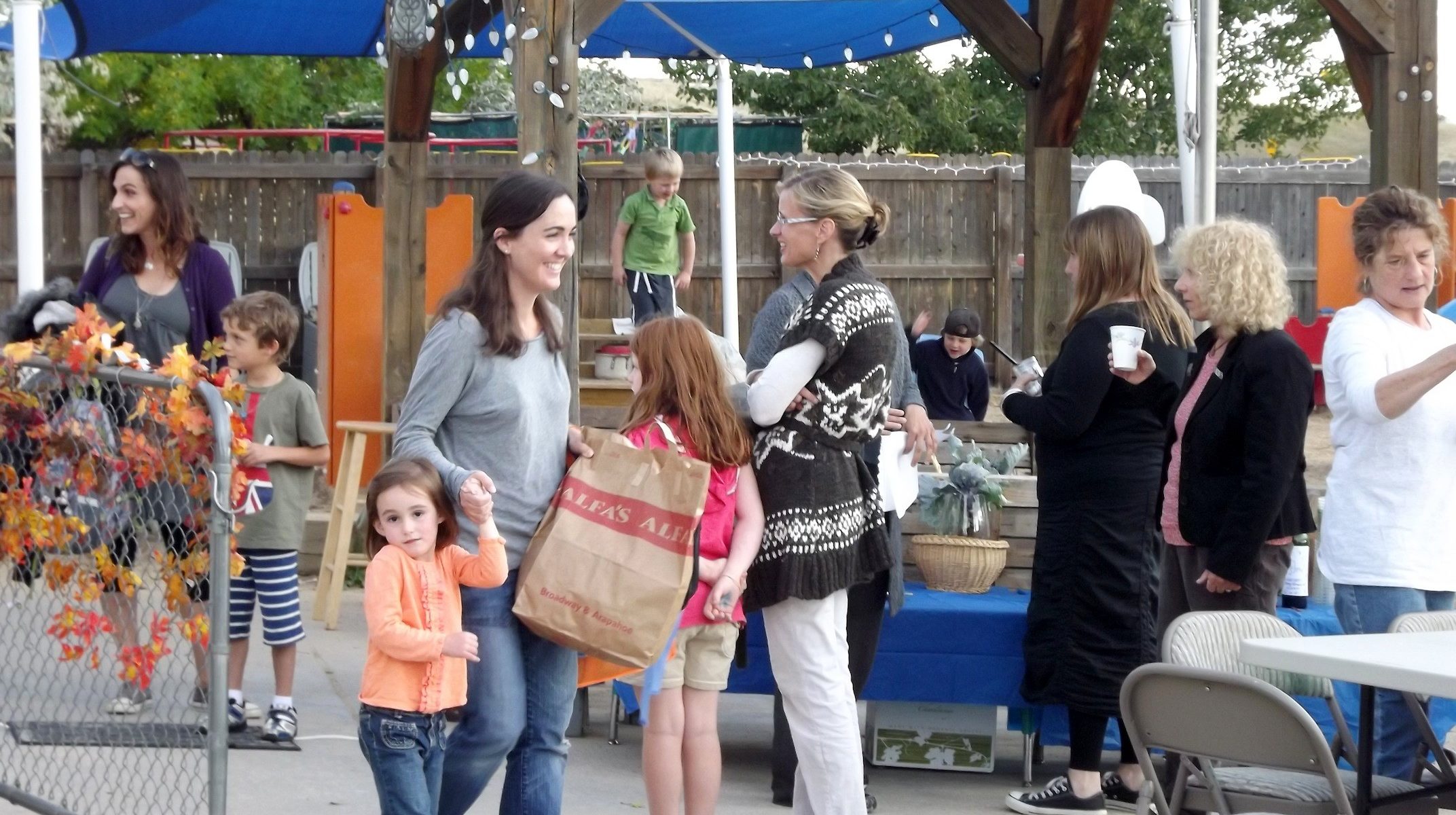 A family Sukkot potluck at the Boulder JCC, one of the institutions participating in the first cohort of BuildECE. (Judi Morosohk)
Advertisement

DENVER (JTA) — Jewish tradition teaches that “with each child the world begins anew.”

If we believe this statement from the midrash is true and that Jewish life and learning offer something special, even inspiring, then we have an obligation to promote Judaism and make it accessible to young families from the moment their first child is born.

Pregnancy and the birth of a first child are windows of opportunity for engaging families in Jewish life, a special time when parents seek parenting support, along with help caring for and educating their new child. Jewish early childhood education (ECE) centers, also known as preschools, can play a critical role in welcoming the whole family into Jewish life, yet many young parents do not have them on their radar screens, while many Jewish early childhood education centers lack the resources to support robust marketing and family engagement activities for new parents.

A new initiative in the Denver-Boulder area known as BUILDing Jewish ECE aims to address this disconnect. Led by the Denver-based Rose Community Foundation — with the Union for Reform Judaism and JCC Association — BUILDing Jewish ECE helps synagogue and JCC early childhood centers increase enrollment, market to and better engage Jewish families, and build stronger connections to the wider Jewish community. The initiative draws on experts and best business practices from both within and outside the Jewish world.

For children, preschool years are a critical time in the development of cognition, personality and identity — including religious identity. In addition, when children enjoy Jewish learning and rituals at school, they bring them home, often introducing them to the entire family.

For parents, a preschool is their first educational choice for their child and family, one that can propel them on a lifelong Jewish journey. While educational quality must be high — and is a key factor in selecting a program — studies indicate that Jewish millennials and Gen-Xers who choose Jewish preschools do so primarily because they seek a network of other Jewish parents with whom they can build community. And parents who form Jewish peer groups through their child’s school are more likely to be actively engaged in Jewish life in the future.

Consider the case of Paul Gillis, one of the lay leaders involved in the project. When Paul moved to Denver eight years ago, he wanted to connect quickly with the local Jewish community, so he enrolled his children in the local JCC preschool. It was welcoming, enriching and helped him find additional ways to participate in Jewish life. Today, Paul is not just a member of his JCC’s BUILDing Jewish ECE leadership team, but he also serves on the JCC Association’s Continental Board.

Yet little has been done to make Paul’s story more common. In too many cases families remain unreached, unengaged or one-stop shoppers who exit Jewish communal life once their children “graduate” from Jewish early childhood education centers. When we fail to attract families to such centers in the first place — or when we attract them but fail to integrate them into the JCC or synagogue of which the preschool is a part — our community often loses them and they don’t return.

First, let’s break down barriers within institutions. When families enroll in Jewish early childhood education centers, our JCCs and synagogues must embrace them and show that they are valued members not just of the early childhood program but also of the broader institution and Jewish community. This means that JCCs and synagogues need programs, campaigns and marketing materials that are better tailored to the needs of their preschool families and that communicate all that synagogues or JCCs offer.

Second, Jewish early childhood education centers should be equipped with the best marketing and recruiting strategies and tools to reach all kinds of families, to respond effectively to inquiries and to inspire those who inquire to enroll their child. Parent ambassadors should also be engaged to help recruit their peers. When synagogue and JCC early childhood education centers operate as effectively and efficiently as possible, revenue for the entire institution increases, especially when families engage in the larger institution and go on to become paying members.

Third, Jewish communities and institutions must be supported in this change. The same types of systems and structures that make up other well-supported, national initiatives — training opportunities; a network to share ideas; dissemination of best practices —are sorely needed here, too.

BUILDing Jewish ECE’s first cohort — two local Reform temples and two JCCs — receive coaching and training from the Union for Reform Judaism and JCC Association, respectively. This summer, the United Synagogue of Conservative Judaism will join the initiative, offering coaching and training to Conservative congregations in Cohort II. In addition to the coaching and training, each participating synagogue or JCC will be given a “toolbox of resources” that includes proven marketing strategies and tactics from the secular world; tech support to improve inquiry tracking and enrollment; website, social media and SEO consulting; and feedback on a center’s effectiveness when a parent inquires about or visits the school.

Our hope is that by showing how to build and maintain institutions with high-caliber marketing and retention that engage parents and create strong connections among families, the Colorado institutions in BUILDing Jewish ECE will serve as learning labs for the North American Jewish community.

Each child and each family is an opportunity. Together, let’s embrace them.