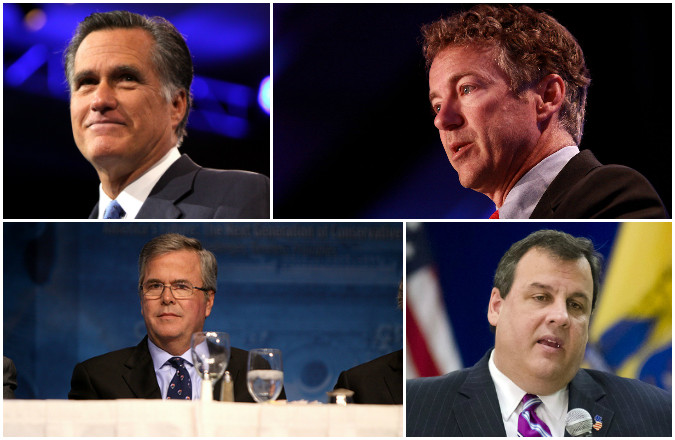 WASHINGTON (Washington Jewish Week) — The key consideration for Jewish Republicans in what appears to be a burgeoning race for the party’s presidential nod is electability, top party donors said.

Whereas in the past, a donor’s closeness to a particular candidate or his embrace of a favored policy may have been key, Jewish Republicans said,  the main goals now are defeating Hillary Rodham Clinton, seen as the likely Democratic nominee, and reversing course on Obama’s Israel policy.

Gary Erlbaum, a real estate executive who in 2012 backed former Massachusetts Gov. Mitt Romney, said the growing consensus among potential donors was that sticklers for ideological correctness were not attractive.

“I don’t think that the people I know want to be Don Quixote anymore,” said Erlbaum, the president of the Philadelphia-based Greentree Properties Corp.

“I think that it would be wonderful to be like the far right and want to be right rather than president, but I think that at this point in time — after what the Jews have endured and the State of Israel has endured under Obama — Republicans are definitely looking for hope and change,” added Erlbaum, who has yet to settle on a candidate.

A source close to the Republican Jewish Coalition said that most of its 45-member board — which more or less corresponds with the party’s major Jewish donors — had yet to settle on a candidate. The source echoed Erlbaum’s impression that for the undecided, electability was the overriding consideration.

“What people want to see this time around is a winner,” the source, who was not authorized to speak on the record, wrote in an email.

“Hillary Clinton, the almost sure Democratic nominee, was the vehicle for Obama’s foreign policy, which has put significant daylight between the United States and Israel, something that is anathema to many donors,” according to the source. “Whoever proves that they can beat Hillary Clinton, win and repair our relationship with Israel I think will get the majority of Jewish support.”

Romney and Bush in particular have longstanding ties to top Jewish Republicans: Bush through his Florida base as well as his brother, former President George W. Bush, who was known for his closeness to Israel; and Romney through his years of campaigning — he’s been vying for the GOP nod since the 2008 elections.

Fred Zeidman, an RJC board member who in 2012 backed Romney, is close to Perry and has longstanding ties to the Bush family but has yet to announce a favored candidate for 2016.

“You’ve got the folks that again have long-term relationships that need to maintain them, but for the most part I think everyone is still keeping their powder dry,” said Zeidman, a Houston-area lawyer and businessman.

Some donors may be waiting to see who will win the support of Sheldon Adelson, the casino magnate and the most influential member of the RJC board. Adelson, who has proved wiling to dump tens of millions of dollars into a race, has been both kingmaker and spoiler in previous elections.

Adelson’s spokesman, Ron Reese, said the businessman was still looking into all the candidates and that it was too early to tell whom he would support.

In 2012 he bankrolled Newt Gingrich, the former U.S. House of Representatives speaker, to the tune of $15 million, wounding Romney’s bid to clinch the nomination early. When Gingrich dropped out, Adelson switched his allegiance to Romney.

Longtime RJC board member and Florida-based attorney Joel Hoppenstein said that Obama’s response to the recent terrorist attacks in Paris — he did not attend a unity rally alongside other world leaders — shows the difference between the Obama administration and the candidate he believes the GOP needs to put forward.

“That’s the most recent litmus test if you will,” Hoppenstein said. “That shouldn’t be something that you have to think about. It should just come instinctively. That’s the kind of candidate I’m looking for, who knows instinctively to do the right thing vis-a-vis Israel or Jewish issues on a global scale.”

“Having lived in Florida for about 15 years now, I’ve gotten to observe Jeb Bush at pretty close quarters, when he was governor and in private as a private citizen,” Hoppenstein said. “And he has an instinctive feel for Jewish issues. He has a lot of Jewish friends. He’s very comfortable around Jewish people on a personal level.”

Hoppenstein, also a member of the RJC board, said that as governor, Bush “was very involved in establishing ties between Israel and the state of Florida.”

Few of the major donors appear to be considering Kentucky Sen. Rand Paul, who is also expected to announce, despite Paul’s recent bid to claim a pro-Israel leadership mantle with his bill to defund the Palestinian Authority for joining the International Criminal Court, as well as his courting of RJC leaders and his attendance at their events.

According to Erlbaum, few Jewish Republicans feel they are ready to put their trust in Paul, who until recently espoused a strict noninterventionist foreign policy similar to his father, former Texas Rep. Ron Paul.

Bill Schneider, a professor of public and international affairs and public policy at George Mason University, said Paul was trying to distance himself from his father’s isolationism.“Rand Paul has been backtracking for months now in expectation of a possible run for president to make himself acceptable to the Republican Party establishment on foreign policy,” Schneider said.

“Nobody likes a shape shifter,” he said. “If he looks like a likely Republican nominee, frankly, I think he’d split the Republican Party wide open.”