At some day schools, vaccination rates decline even as disease spreads 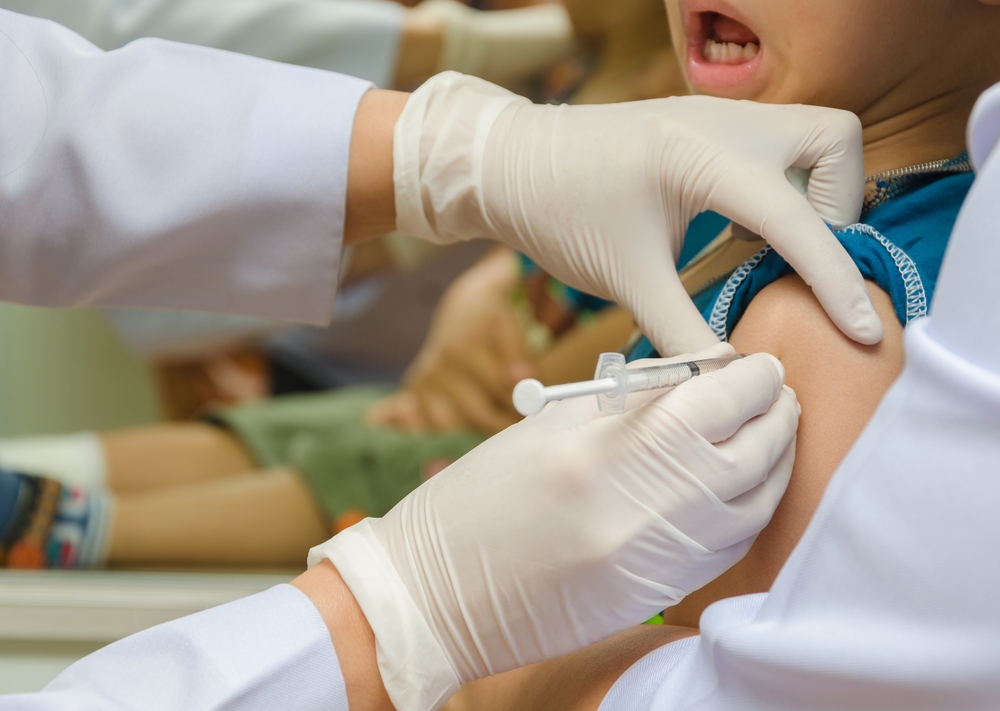 LOS ANGELES (JTA) — A recent measles outbreak originating at Disneyland that has infected more than 50 people has returned the issue of declining immunization rates to the national headlines.

California health officials report that the outbreak began at the Anaheim theme park in mid-December and quickly spread throughout the country, helped along in part by the growing influence of the anti-immunization movement, which sees vaccines as unhealthy and linked to disorders such as autism. Multiple studies have shown no link between vaccines and autism.

As a number of newspaper and magazine articles have noted, parents who refuse to vaccinate their children tend to be concentrated in affluent, well-educated areas of major U.S. cities — areas that also encompass the majority of Jewish day schools, several of which have non-immunization rates as high as 26 percent.

According to a compilation of state data by the San Francisco-based radio station KQED, 26 percent of kindergarten students last year at the Chabad Academy of San Diego and Beth Hillel Day School in Los Angeles opted out of vaccines last year. In 2012, 14 percent of kindergarten students at the Seattle Hebrew Academy in Washington state opted out, according to the radio station KUOW in Seattle.

The statistics are not a perfect guide to immunizations rates. For example, Beth Hillel principal Seth Pozzi explained to JTA that the seemingly high rate of non-vaccination was due to several of the children in transitional kindergarten being too young to complete their vaccines. Pozzi said all have since been vaccinated.

Nonetheless, there is broad consensus among health experts that vaccination rates have been falling, in part due to parents refusing to vaccinate their children.

Variations in state law limit what schools can do about parents who decline vaccinations for their children. In New York, private schools may ban unvaccinated students. But schools in other states have fewer options. According to California law, individual schools have no right to force parents to immunize their children and must accept any student whose parents submit the proper waiver form claiming religious, philosophical or health-related exemptions to immunization. Washington state allows school districts to set more restrictive policies; none have.

“You have a conflict of what state law allows you to do versus what you may want to do individually,” said Donald Zimring, head of school at Brandeis Hillel Day School, a community school whose Marin County campus in northern California’s Bay Area had a 15 percent opt-out rate in 2013. “It would be my personal preference to only admit youngsters who are immunized.”

At Brandeis Hillel’s San Francisco campus, only 5 percent of students opted out in 2013. But even schools with relatively low opt-out rates can pose dangers.

To be effective, vaccines rely upon what is called herd immunity. In the case of the most contagious diseases, like measles and whooping cough, roughly 95 percent of the population must be immunized to ensure that if an infected person should appear, the disease does not spread. This is particularly important to protect the less than 1 percent of the population with an adverse physical reaction to vaccines, such as anaphylaxis, and thus cannot be vaccinated.

“We eliminated measles transmission in the U.S. in 2000,” said Dr. Paul Offit, director of the Vaccine Education Center at the Children’s Hospital of Philadelphia and a strong advocate for universal vaccination. But, he added, “When you have an erosion of herd immunity, the most contagious diseases come back first.”

In New York, private schools have much greater freedom to decide whether to accept parental objections to vaccinations on religious grounds. At the Ramaz School, a modern Orthodox day school in Manhattan, principal Rabbi Haskel Lookstein issued a ruling that vaccinations are considered “p’kuach nefesh,” a Jewish legal standard under which religious requirements are suspended to protect human life.

“It’s a condition of attending Ramaz,” Paul Shaviv, its head of school, said of vaccinations. “It’s absolutely required for the protection of the health of the students.”

In 2005, the Committee on Jewish Law and Standards of the Conservative movement ruled likewise, unanimously, that vaccination was required under Jewish law, save for medical exceptions. But elsewhere in the country, the rules are not so strict or the community is not so supportive of immunization.

Last August, Rabbi Shmuel Kamenetzky, an influential haredi Orthodox rabbi in Philadelphia, told the Baltimore Jewish Times, “I see vaccinations as the problem. It’s a hoax. Even the Salk vaccine [against polio] is a hoax. It is just big business.”

In Oregon, only about 1 percent of the student population at the Portland Jewish Academy have vaccination exemptions, according to executive director Steven Albert. But the school is host to afterschool programs that bring in students from other schools, and Albert said it would be impossible for his academy to institute its own vaccine policies for those students.

The issue cuts across denominational lines. Schools with low and high opt-out rates for vaccinations range from community schools to Orthodox. Suspicions that vaccinations lead to ill effects such as autism — a concern unproven by scientific research — affect wealthy, liberal areas such as Marin County and some parts of the haredi Orthodox world.

But Offit of Children’s Hospital argues that exemptions on both philosophical and religious grounds should be eliminated from state laws, noting that Mississippi and West Virginia offer no exemptions of any kind, save for medical ones, from vaccination requirements.

“The choice to put a child in an unnecessarily risky position is an unreligious act,” Offit said.