Catholic-born Katka is one of four young women featured in the documentary "The Return."
Advertisement

LOS ANGELES (JTA) — On the crumbling wall of a former Polish synagogue, adjacent to a one-time Jewish ritual bath converted into a car wash, a graffiti artist has painted “Jews, We Miss You” in Polish and German.

The message, scrawled on the wall in the Polish town of Dabrowno, is an apt message in contemporary Poland, which has seen a surprising revival of Jewish life in a land that nearly saw its Jewish community eradicated, first by the Holocaust and then under decades of communist rule.

The story of that revival is the subject of the new documentary “The Return.” Adam Zucker, a 57-year-old New Yorker, does triple duty as the film’s director, producer and writer. He tells his tale through the eyes of four women.

Zucker estimates that there are now 20,000 people in Poland who formally identify as members of the Jewish community — a number that doesn’t include those who have some Jewish ancestry, often recently discovered, or the legions of non-Jews who have become enamored of Jewish culture.

“Poland was the cradle of Ashkenazi Jewry, where Hasidism started and Yiddish developed,” writer Konstanty Gebert declares in the film, adding defiantly, “And this is where it did not end.”

The continuation of Polish Jewish life rests in large part on the profound interest in all things Jewish among Polish Catholics, many of whom participate in the annual Jewish Culture Festival in Krakow. At the city’s Jewish community center, they play in klezmer bands, dance while juggling bottles on their heads, act in Jewish dramas and affirm that having a Jewish friend is cool.

There are different explanations for this unlikely philo-Semitism, including a general nostalgia for prewar Polish life. But Zucker suggests that after the tribulations of decades of communist rule, the citizenry welcomes the color and enthusiasm of Jewish life.

Zucker discovered the phenomenon of Polish non-Jews spearheading a revival of Jewish culture in a 2008 New York Times article, which intrigued him enough to chance an exploratory trip to Poland.

While the quality of performances at Jewish cultural festivals in Warsaw and Krakow exceeded his expectations, what really fascinated him were the stories of young Jews “trying to define their identities and discover who they were, without access to their past heritage in the place which was once the most Jewish in the world,” he said. 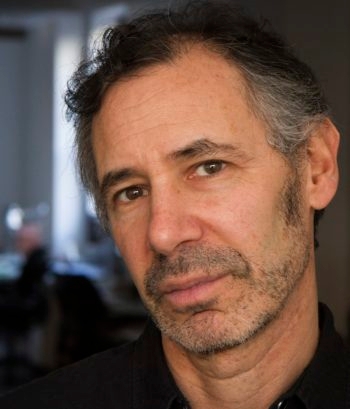 Adam Zucker is the writer, producer and director of the new documentary “The Return.” (Courtesy of Longnook Pictures)

Before embarking on the film, Zucker had no clear idea how many characters to feature or that his subjects would all wind up being women. Once introduced to the country’s Jewish communities, he encountered some interesting and involved men, but the women really stood out.

“I though that since Judaism, like most institutions, tends to be a bit patriarchal, focusing on women would be a somewhat different way into the story which I found appealing,” Zucker said. “Each of the women wrestled with her Jewish and female identity.”

Zucker grew up in New York City, the great-grandson of Jews from Poland, the Austro-Hungarian Empire and Russia. He has been making movies all his life, most recently the 2007 film “Greensboro: Closer to the Truth,” which documents the first Truth and Reconciliation commission formed to re-examine the 1979 Greensboro Massacre in North Carolina.

But he pays the rent as a film editor, including work on such award-winning documentaries as “Homestead Steel Strike,” “Broadway: The American Musical,” “Richard Wright: Black Boy” and “The West.”

Between editing stints, his filming of “The Return” stretched over five years, shooting in five cities and on three continents, covering two weddings, the arrival of two babies and one conversion ritual.

Zucker raised one-third of the film’s $150,000 budget through a campaign on the website Kickstarter, with the National Center for Jewish Film as the fiscal sponsor.

Among the four women featured in the film is Tusia, whose Polish grandmother denied all her life that she was Jewish before finally acknowledging her roots on her deathbed. Tusia was raised in New York but returned to Warsaw to be part of the revival and wants to restore Dabrowno’s former Jewish center.

The other characters include Katka, a Catholic-born redhead who left her native Prague to study in Warsaw and, somewhat to her own amazement, fell in love with a young Orthodox Jewish man and converted.

“It is a big responsibility to be Jewish,” Katka said.

Kasia is an outspoken feminist and doctoral candidate in women’s studies. She grew up Catholic and didn’t discover until her teens that she was half Jewish. Now she is determined to be a secular Jew but yearns for Jewish community life.

And finally there’s Maria, a single mother and the only one of the women who grew up knowing she was Jewish, though it didn’t much matter to her. She also marries an Orthodox Jew and learns to run a kosher home.

Both Kasia and Maria follow their husbands as they move to Israel — not necessarily to settle permanently, but to try out life in a different place, a fairly common practice among mobile young Europeans.

Many Diaspora Jews moving to Israel find life there too intense and confrontational for their tastes. But Kasia and Maria are relieved to be in a country where they no longer have to wrestle with their Jewish identities.

“In Israel, I stopped thinking about being Jewish,” Kasia said. “It’s a holiday from my Jewishness.”

Tusia, who splits her time between Warsaw and New York, acknowledges similar emotions.

“When I’m in Brooklyn, I’m a Pole living in the United States and feel hardly Jewish at all,” she said But in Warsaw or Krakow, she feels a deep responsibility to “save the crumbling remnants of Jewish history.”

In the coming months, “The Return” will screen at Jewish film festivals in New York, Atlanta and Washington, with additional venues to be announced.