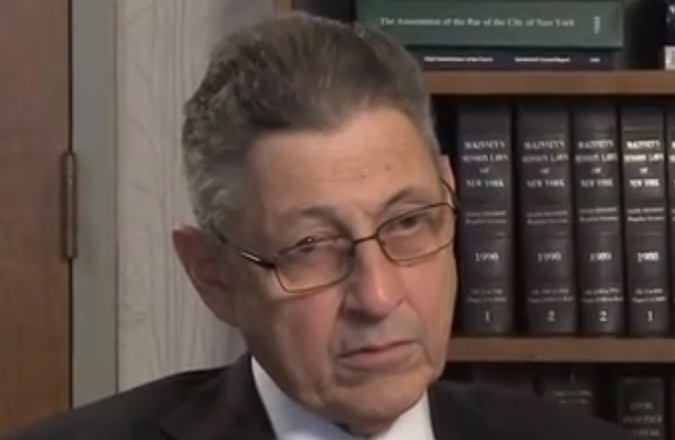 (JTA) — Sheldon Silver, the speaker of the New York State Assembly, was arrested as part of a corruption investigation.

Silver, according to The New York Times, surrendered Thursday to FBI agents for allegedly receiving payments from a law firm, Goldberg & Iryami, without properly disclosing them. The arrest stems from an anti-corruption investigation launched by New York Gov. Andrew Cuomo in 2013.

Silver, who represents Manhattan’s Lower East Side, has earned a reputation as a powerful leader of New York Democrats during more than two decades serving as speaker of the Assembly, the lower house of the State Legislature. He was reelected to the post last month and may serve while under arrest, but would have to resign if convicted.

Silver practices as an attorney outside of his duties as a politician. In 2013 he earned a total income of $650,000, the Times reported.