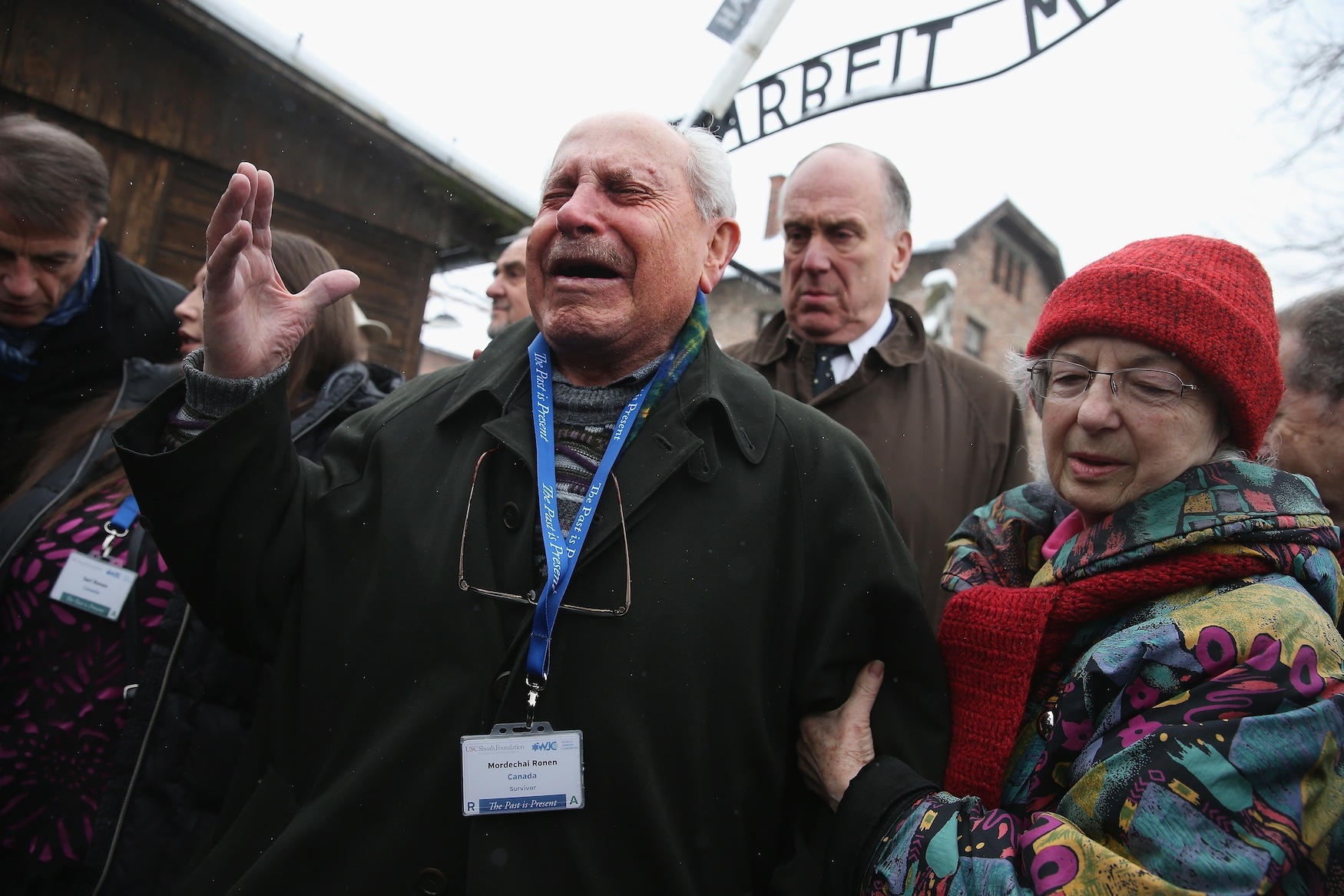 Mordechai Ronen, who was a prisoner at the Auschwitz concentration camp when he was an 11-year-old child and lost his mother, father and sisters there, breaks into tears as he walks through the camp, which is now a museum, Jan. 26, 2015 in Oswiecim, Poland. (Sean Gallup/Getty Images)
Advertisement

KRAKOW, Poland (JTA) — Holocaust survivors gathered in Krakow on the 70th anniversary of the liberation of Auschwitz amid unease regarding the safety of Jews in Europe.

Some 300 survivors from 19 countries — each with a child, grandchild or companion — are expected to attend official ceremonies on Tuesday at the site of the former concentration camp in Oswiecim. The journeys of the guests — most of them in their 80s and 90s – were sponsored by the World Jewish Congress and the USC Shoah Foundation.

Ronald Lauder, president of the WJC, is to address the ceremony, which was organized by the Auschwitz-Birkenau State Museum and the International Auschwitz Council. Among the thousands of expected guests are state leaders as well as film director Steven Spielberg, founding chair of the Shoah Foundation, Israeli-American businessman Haim Saban and others.

In Germany, where International Holocaust Remembrance Day events and ceremonies were to be held across the country, Josef Schuster, head of the Central Council of Jews in Germany, said Monday that Jews would always remember the Holocaust, but that non-Jews in Germany had a duty to remember, teach and learn about it.

“At the same time, unfortunately, the threat to Jews around the world has increased,” Schuster added, alluding to the recent terrorist attack in the Paris kosher supermarket in which four hostages were killed. “Attacks by extremist Muslims have become an increased danger to the Jewish community. We must not turn a blind eye.”