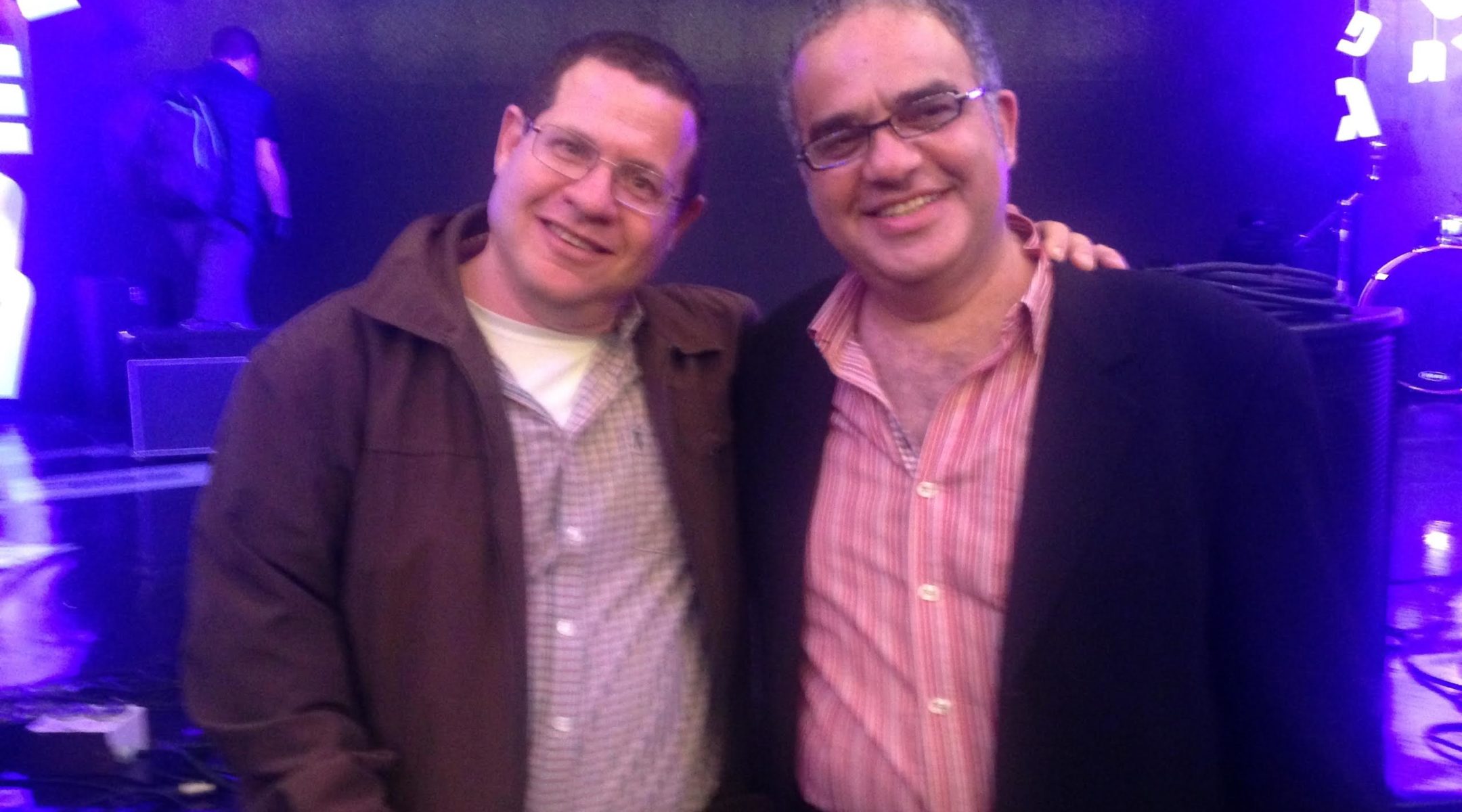 (JTA) — Israel’s biggest literary prize, the Sapir Prize, has the drama and mystery of a lottery.

The identity of the judges remains secret until shortly before the ceremony, when they meet for an early dinner to decide the fate of the five nominees short-listed for best novel. Meanwhile in a separate room the short-listed novelists and their families, dressed in their finest and sipping wine, wait for the ceremony, broadcast a few hours later on Israel’s Channel 2, to begin.

The Sapir also has another lottery connection — it is funded with revenues from Israel’s national lottery, which grants the winner $38,000, distributes the winning book to 500 libraries around Israel and pays to have the book translated into Arabic and a language of the winner’s choice. Most recent winners have chosen English.

This year’s winner Reuven “Ruby” Namdar is no stranger to English, however. Namdar, who has lived on the Upper West Side of Manhattan for the past 15 years and speaks English at home with his American Jewish wife and daughters, is the first expat Israeli to win the Sapir. Not only does Namdar live outside Israel, but his award-winning “The Ruined House,” (HaBayit Asher Necherav) while in Hebrew, takes place outside Israel (in New York) and is about an American protagonist. Emphasizing the non-Israeli nature of the book, its cover features a historic photo of New York’s Grand Central Terminal.

Interviewed by Skype from Israel, where he had traveled for the ceremony, Namdar told JTA that he was “stunned” by the victory of his novel, which took a decade to write. He described the book as “ambitious” and a “challenge” that demands a “reading commitment.” He added that he was pleased his “ZIP code” was a “non-issue” for the judges. 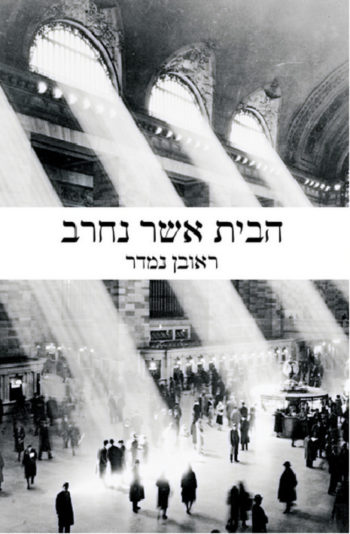 That a winner for a prize intended to be a national one does not reside in Israel apparently did not dissuade the panel of judges, chaired by Menny Mautner and including Aviad Kleinberg, Batya Shimoni, Shiri Lev-Ari , Meron Isaacson, Sara Fun Schwartza and Iris Milner. Lev-Ari, reached by phone, said that Namdar’s residence was “mentioned as a fact” in the judges’ discussions but that his book is “like every other Hebrew book, even if the author does not live in Israel.”

She added, “We live in a global world, people have more than one place to live.”

In an email to JTA, Kleinberg said that Namdar was chosen “because his was the best book.”

Namdar described his novel as “a Jewish American tale told only the way an Israeli could tell it”’ and said that he “honestly cannot wait for the translation of this novel to come out in English so I can share this novel with those I love and live with.” His American Jewish wife speaks some Hebrew but not well enough to read a complex literary novel; their daughters attend Jewish day school but are not currently fluent in Hebrew.

Namdar’s novel is about Andrew P. Cohen, a successful and well-known professor of “comparative cultures” in New York, who, in a serious midlife crisis has “visions of the Holy Temple in Jerusalem without knowing what he is seeing and without having the interpretive tools to cope with his visions.”

Besides its rootedness in American Jewish sensibilities, what makes the novel unique in modern Hebrew literature is its connection to biblical and Mishnaic literary language as well. Namdar calls it a “Jewish American book written in rich contemporary and ancient Israeli Hebrew. “ 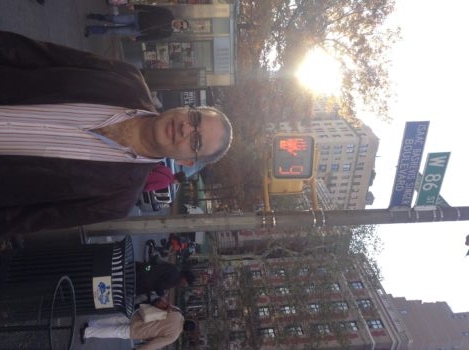 Ruby Namdar on the Upper West Side of Manhattan, near where he lives. (Beth Kissileff)

In a way, Namdar’s writing, that of a person who lives in English and writes in Hebrew is a return to a more classical approach to the language. As Namdar told JTA, when he is in New York, Hebrew is a “holy language, festive” since it is removed from the speech of his daily life.

While the Sapir Prize ceremony may not have the glitz of the Academy Awards or the Grammys, the mere fact that it is broadcast on television is impressive, given how few literary ceremonies garner TV coverage in the United States. The event combines musical performance (Ethiopian Israeli singer Esther Rada) and spoken-word entertainment with video clips of each author speaking about his or her writing process.

Perhaps more significant than the Sapir’s cash award are the opportunities that being translated offers. Namdar, who published a book of short stories in Hebrew in 2000, has not had his work translated into English before. Writer, journalist and translator Mitch Ginsburg,who edits the literary magazine of Bar Ilan University’s English creative writing program, said in an email interview, “Few people in the world read Hebrew. Almost all Israeli authors, even those that have self-published, are keen to get their work out there in other languages, to spread their work to faraway shores.”