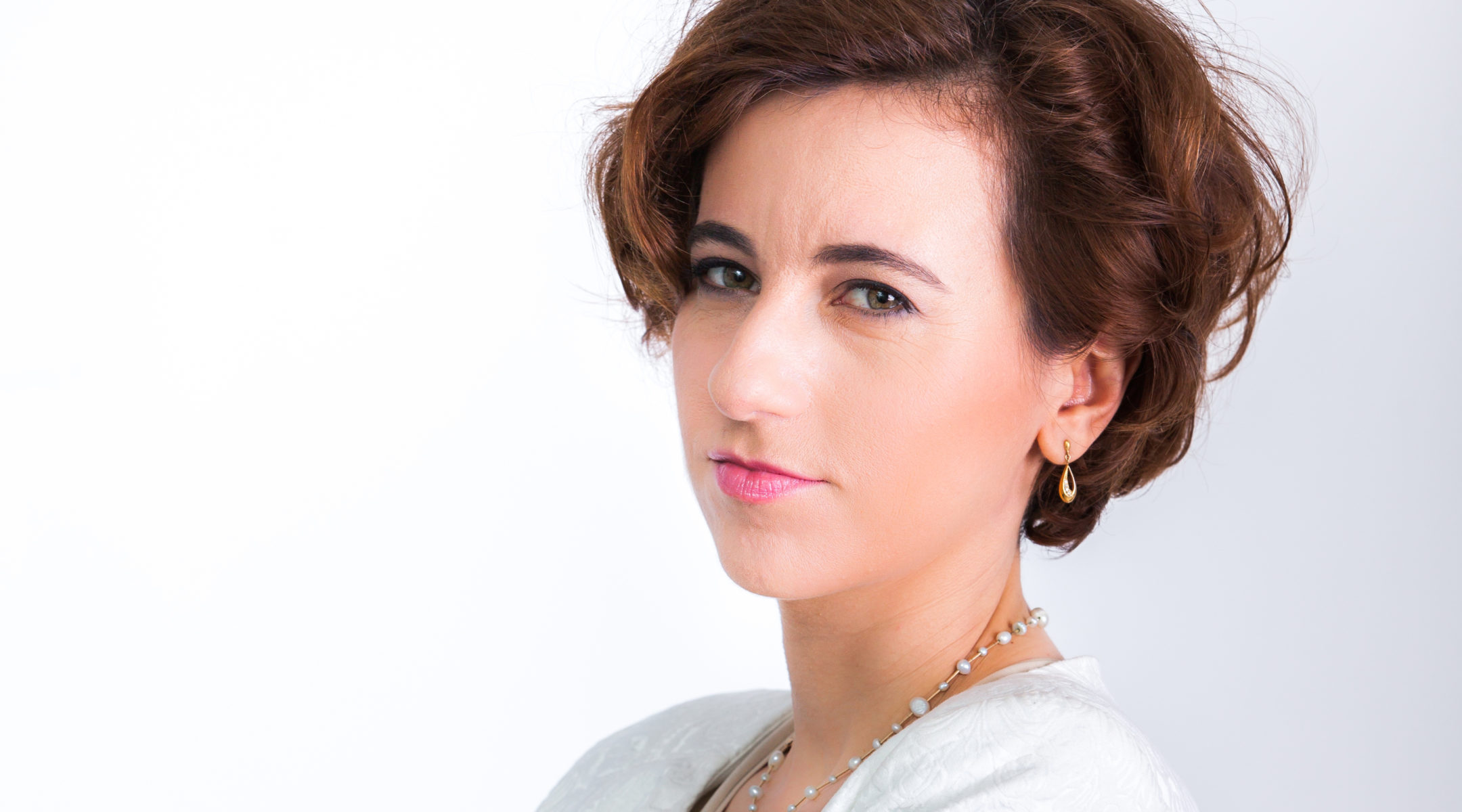 Anna Chipczynska did not learn she was Jewish until she was a teenager. (Andrzej Chomczyk)
Advertisement 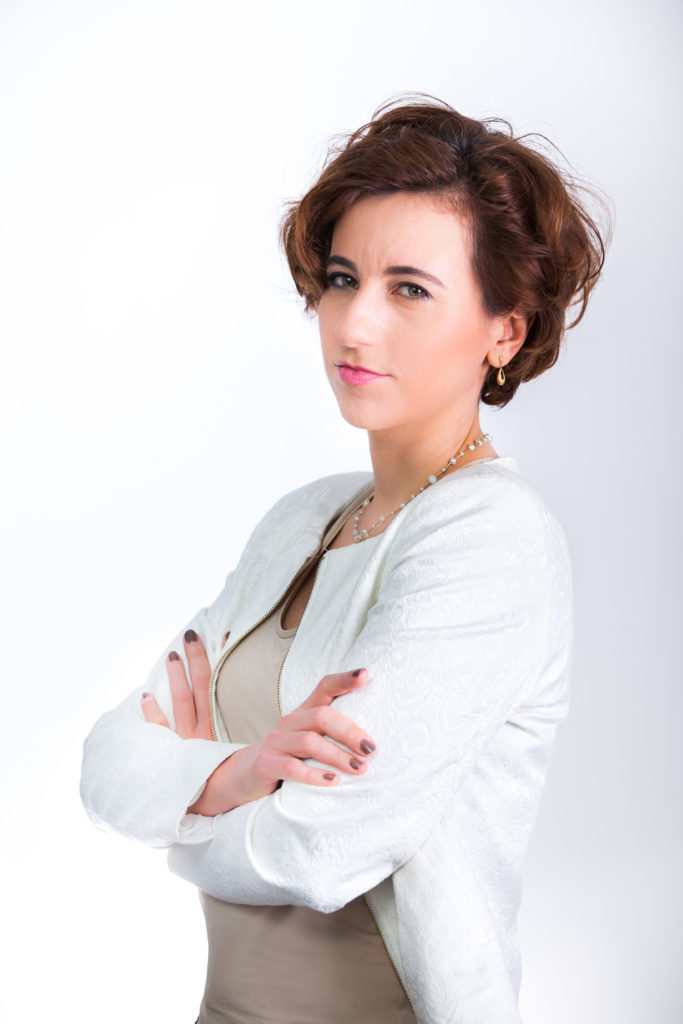 Anna Chipczynska did not learn she was Jewish until she was a teenager. (Andrzej Chomczyk)

When a Warsaw Jewish cemetery was vandalized earlier this week, Anna Chipczynska, president of the Jewish Community of Warsaw, spoke out, noting that it had occurred less than a week after the 70th anniversary of the liberation of Auschwitz and that “it is an invitation to violence and threats to which we should all be vigilant.”

Dynamic, straight talking and a sharp dresser, Chipcyznksa knows about vigilance when it comes to Polish Jewish cemeteries. Two weeks earlier, the 36-year-old community leader — whose organization fulfills a broad array of religious responsibilities and sponsors many social, educational and cultural programs — gave me a tour of another Warsaw Jewish cemetery.

I first met Chipczynska last fall, when I was in town for the opening of the Polin Museum of the History of Polish Jews. At the time, she contrasted the celebration of the museum’s opening with the less glamorous, enormous responsibility her organization faces in preserving and maintaining the many Jewish cemeteries in cities and villages across Poland.

The cemetery we visited,the 225-year-old Brodno cemetery, is the city’s oldest Jewish burial ground. The 13-acre Brodno, which was estimated to have tens of thousands of gravestones before the war, was destroyed during the Nazi occupation of Poland. After the war, under Communist-era rule, the cemetery was subjected to further desecration, with broken headstones salvaged for postwar construction. By the late 1980s, a foundation began some initial preservation, and in 2012, following several years of negotiations, legal ownership of the cemetery was transferred from the city government to the Jewish Community of Warsaw, which is now responsible for more than 12 cemeteries.

During our late-afternoon visit in January, there was a biting chill in the air, and Chipczynska, bundled in a parka and hat, unlocked the large entry gate, which is currently being renovated. From there the cracked pavement path leads through the middle of a large dilapidated expanse, overgrown with trees, the most recent of which were planted during the postwar Communist-era Polish government.

Further back, through the trees and along the path, thousands of weathered, moss-covered headstones are stacked against each other, evidence of an abandoned postwar government plan to construct a park. 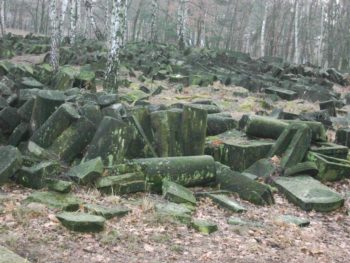 Warsaw’s Brodno cemetery was destroyed during the German occupation of Poland. (Penny Schwartz)

“It looks like a kind of park. But of course, it’s not a park, it’s a cemetery,” Chipczynska said.

Over the years, the cemetery, like other Polish Jewish cemeteries, has been vandalized, often by individuals who have been drinking.

Chipczynska’s organization is committed to spending approximately $800,000 to restore Brodno, but is hoping some of that funding will come from a Ministry of Culture grant for which the group applied recently.

“Receiving this government grant would be a significant recognition of the historic value of this project,” Chipczynska emphasized.

The group wants to open the cemetery to the public, to engage in educational and communal programs about the shared Jewish-Polish history of the area, Chipczynska said.

Like others of her generation, Chipczynka, who was born and raised in Poland, did not learn about her Jewish ancestry until she was a teen. Prior to becoming the Jewish community’s president last year, she worked in the fields of humanitarian aid and human rights. But Chipczynka prefers not to talk much about herself, instead focusing conversations about the work of building the Jewish community.

Over the years, she’s become deeply engaged with the renewal of Jewish life in Warsaw, including helping to found Ec Chaim, a progressive congregation in Warsaw. Cemeteries are just one component of Chipczynska’s job. On Friday evening, she welcomed several dozen regular congregants and visitors for Shabbat services at Ec Chaim, followed by a lively communal dinner, buoyed by a few shots of vodka.

Hours before our cemetery tour, Chipczynska participated in a “day of Judaism” program initiated by the Catholic Church, that included welcoming Catholics to Warsaw’s synagogues to learn about contemporary Jewish life.

While recent terrorist attacks in Paris leave Warsaw’s Jewish community feeling vulnerable, as Jews do across Europe, she said, Chipczynska is nonetheless upbeat about the future.

“We have a rich Jewish program in Warsaw,” she said. “People want to be engaged in the Jewish community. This is a good sign,” she said.

Penny Schwartz is a JTA contributing writer based in Boston. Her travels to Poland were sponsored in part by the Polish Cultural Institute New York.