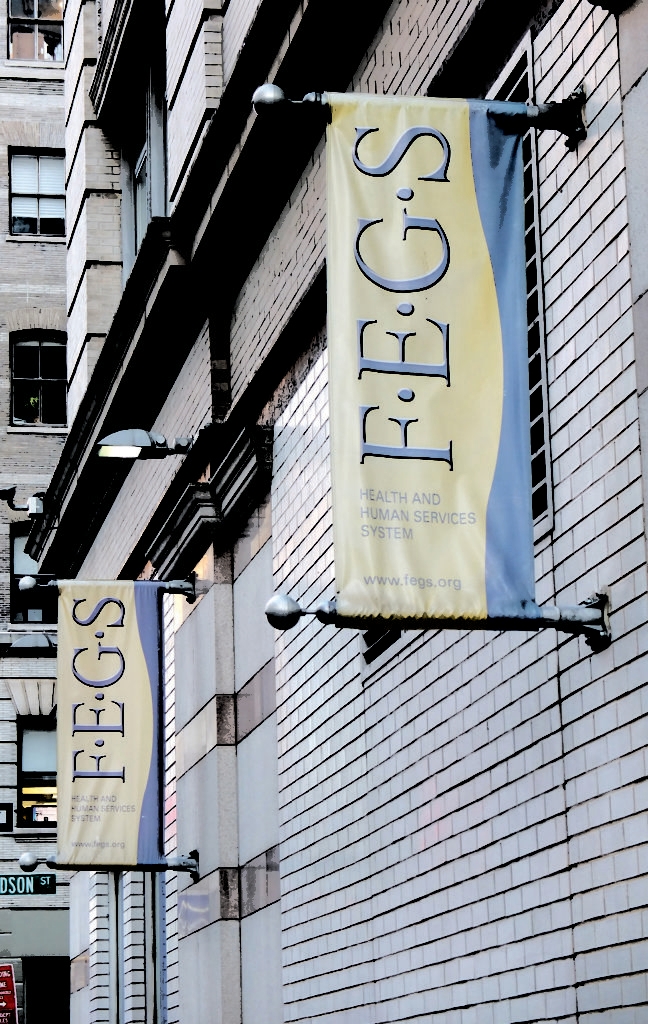 Outside the FEGS headquarters in Manhattan. (Michael Datikash/The Jewish Week)

NEW YORK (JTA) — It was one of the largest Jewish nonprofit agencies in the country. And until December, when FEGS unexpectedly announced that it had lost $19.4 million in the last fiscal year, it was considered by many to be a model social service agency.

The 2,000-employee agency, which provided health and disability services, home care and job training, was founded in 1934 to “assist young Jewish men and women to identify, prepare for and find suitable jobs.” Over the years FEGS (an acronym for Federation Employment and Guidance Service) evolved to serve a primarily non-Jewish clientele, with an estimated 20,000 Jews among its 135,000 clients. It also became one of the nation’s largest social service agencies of any kind, according to Crain’s New York Business, with an annual operating budget of about $250 million.

During the Great Recession in the late 2000s, FEGS was a major provider for UJA-Federation of New York’s Connect to Care program, which offered career help, financial advice, and legal and emotional aid to New Yorkers who had lost their incomes.

The news about FEGS comes as another major Jewish agency and federation beneficiary serving poor New Yorkers is in danger of going out of business: The Metropolitan Council on Jewish Poverty has been on shaky ground since longtime CEO William Rapfogel was arrested in 2013 for embezzlement.

The closure of FEGS came as a “total shock,” Richard Altman, CEO of New York’s Jewish Child Care Association, told JTA. “FEGS had always been seen as the premier, cutting-edge, entrepreneurial, really smart organization in the Jewish world. It certainly had built a huge array of quality services over many years of diversifying their portfolio. It was seen by many of us as a model Jewish organization.”

In an email to JTA, Julie Farber, the senior vice president for planning, strategy and innovation at FEGS, said the agency’s $19.4 million loss “was a result of multiple factors, including poor financial performance on certain contracts, contracts that did not cover their full costs, investments in unsuccessful mission-related ventures, write-offs of accrued program revenue, and costs resulting from excess real estate.” She added that a “forensic assessment has not uncovered any fraud or malfeasance to date.”

Asked what steps were taken to save FEGS, Farber said that the organization underwent a “rigorous evaluation” during which it worked with “outside financial and restructuring experts” and consulted “all of its government funders and other partners.”

“This analysis showed that the financial situation which FEGS confronts was too deep to be resolved by continuing to run its programs,” Farber said. 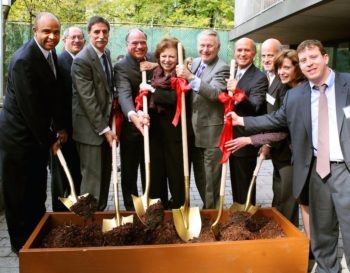 A 2011 groundbreaking ceremony for a $4.4 million renovation of FEGS’ Tanya Towers residence, an affordable housing site for low-income seniors and individuals with disabilities. (Facebook)

While FEGS will wind down its operations over the coming months, the Met Council’s fate is less certain. David Frankel, the CEO who replaced Rapfogel after his arrest, announced after just one year on the job that he was leaving. Two weeks ago, the New York Daily News cited unnamed sources in a report saying that the agency planned to “effectively dismantle and try to hand off their contracts piecemeal to other groups.”

Rapfogel, meanwhile, is serving a 3 1/2-year sentence for helping fleece more than $9 million from the charity in a kickbacks scheme.

A spokeswoman for Met Council, Rena Resnick, told JTA that the organization is “fiscally sound.” But she acknowledged that Met Council is considering “merging, partnering or sharing administrative functions” with other agencies providing similar services.

Like many other Jewish social service agencies throughout the country, both FEGS and Met Council are funded primarily by government grants and contracts. Both groups mostly serve non-Jews but also offer privately funded programs specifically for the Jewish community. They are also major beneficiaries of the New York federation: In 2014, FEGS received more than $5 million and Met Council more than $3 million.

Now federation officials and government officials are scrambling to figure out what other agencies can take over FEGS services – and possibly Met Council’s.

The federation declined to give on-the-record interviews and released only this one-line statement: “UJA-Federation of New York is working to make sure there is continuity of care for clients of both agencies.”

Several federation beneficiary agencies that may vie for some FEGS contracts also declined to be interviewed for this story. A staffer at one of the agencies told JTA on condition of anonymity that “any comment related to this in an even ancillary way right now seems obnoxious and could be seen as tacky.”

Allison Sesso, executive director of New York’s Human Services Council, an advocacy organization for the human services sector, said the closing of FEGS would hurt those who use the services, even if other agencies take over.

“It’s disruptive,” Sesso said. “Their clients are people who have developmental disabilities and other traumas in their lives. For delicate populations, any kind of transfer or change in service, whether it’s your counselor or the place you go for services, is traumatic.”

FEGS and Met Council are hardly the only struggling social service agencies, Sesso noted, saying “the sector is in a bad place.” Since 2008, government resources have shrunk while demand for social service programs has grown, she said. Agencies throughout the country are downsizing or merging amid cuts in government funding and diminishing insurance reimbursements.

Marty Schloss, director of government relations for the Jewish Education Project’s day school and yeshiva department, which has worked with FEGS and Met Council on projects involving needy day school students, said the prospect of the agencies’ closure “is potentially devastating.”

Steven Windmueller, an emeritus professor of Jewish communal service at Hebrew Union College-Jewish Institute of Religion, said the sudden collapse of an organization the size of FEGS raises questions about board oversight and accountability.

Then there’s the question of how important the agencies are to the Jewish community given that most of their clientele is not Jewish. Windmueller said they remain important for two reasons.

“You want to have an infrastructure in place because, as a Jewish community, we’ve historically known the cycles of crisis in which the Jewish community has needed and drawn upon these social services,” Windmueller said. In addition, he said, “this is an important vehicle for portraying the Jewish community’s social consciousness and responsibility to assist others.”