Making Room on the Bench for students with disabilities 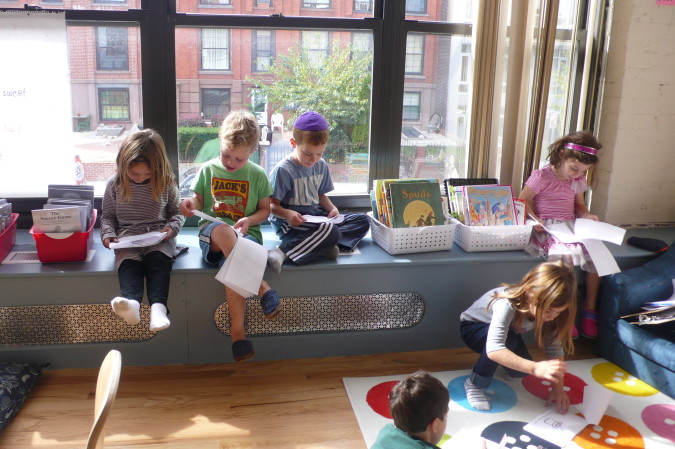 NEW YORK (JTA) — Standing in the back of an open elementary school classroom at the Luria Academy, a Jewish Montessori school in Brooklyn, Dana Keil asks in a whisper if a visitor can tell which children in the room have special needs.

“I guarantee you won’t be able to tell,” she said.

Yet Keil, 25, estimated that nearly half the children in the room have some type of disability that requires what’s called an “individualized education program,” or IEP.

As the director of special education and support services at the Prospect Heights academy, Keil is a strong advocate of including all types of children, including those with disabilities, into the same classroom.

Last September, she earned a $100,000 fellowship from the Joshua Venture Group, a Jewish nonprofit, to start Room on the Bench. Through the Luria-based initiative, Keil is beginning to council other Jewish community schools in the New York City area on how to implement inclusion models.

“Even though the Jewish community has been progressive for centuries, this is one area where we are honestly very far behind,” Keil said.

Inclusion is standard practice in public schools thanks to the Individuals with Disabilities Education Act passed in 1990. The federal statute mandates that a child with a disability cannot be placed in a separate classroom unless the severity of the disability precludes learning in a normal classroom. However, the law does not apply to private schools, and some disability advocates say that the Jewish community has not done enough to make children with disabilities, and their families, feel welcome in its day schools.

Keil said that many Jewish day schools do not accept applicants who have any kind of IEP, even if their disabilities are purely physical and not intellectual. Although an IEP can be prescribed for an incredibly wide range of disabilities, from spina bifida to an autism spectrum disorder, Keil said that most Jewish day school administrators “see an IEP as an IEP instead of looking at the individual child.”

Hidden Sparks, a nonprofit that runs professional development programs for teachers who deal with children with disabilities at Jewish schools, said that while inclusion programs like Luria’s are extremely rare, it is hard to estimate the approximate number of Jewish schools that practice varying levels of inclusion across the country.

At Luria, the inclusion model means that there are no separate classes or activities for students with disabilities who require a SEIT, or special education itinerant teacher (pronounced “see-it”). The SEIT sits in the regular class and helps a specific student with a disability comprehend the lesson. (The only occasional exception is occupational or physical therapy, which some students engage in for a period of the day to work on physical characteristics needed for the classroom, such as motor skills or balance.) 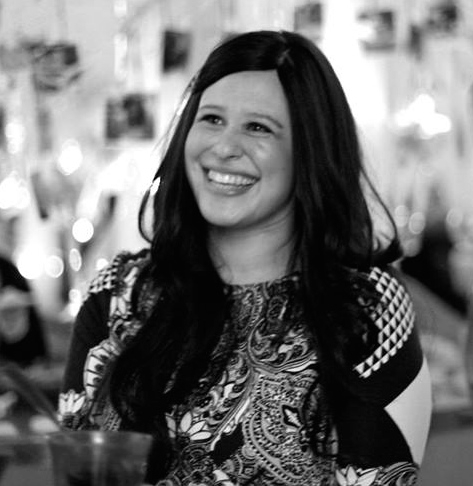 Dana Keil, director of special education and support services at the Luria Academy, launched the Room on the Bench initiative.(Courtesy of Luria Academy)

Deborah Wassertzug, whose 8-year-old son, Jonah, has Attention Deficit Hyperactivity Disorder, said his personal needs have been recognized and met in a classroom that includes students with and without disabilities.

“Attending to tasks for long periods of time is definitely difficult for Jonah, but luckily his teachers recognize this and give him freedom to take movement breaks when needed,” Wassertzug said.

As a result, she said, “He has never felt excluded from any aspect of school life.”

One mother with three children at Luria without disabilities — she did not want her name used in print to protect her privacy — said the students hardly recognize who has disabilities and who does not.

“I asked my son if anyone treats the kids with special needs differently, and he said, ‘why are you asking?’” she recalled. “I thought, ‘wow, he doesn’t even realize.’ They are all just one of the friends.”

Keil is confident that other Jewish day schools could be more inclusive, but that many find it easier and less costly to put those with disabilities in separate classrooms with separate teachers — even though SEIT services are frequently government funded, as they are at Luria. Some schools also charge higher tuition for those with disabilities; Luria does not.

“It’s not difficult to do this,” Keil said. “It just takes the right attitude and being strategic with your resources.”

However, Marc Kramer, the executive director of Ravsak, a nonprofit organization that oversees 130 Jewish community day schools across the country, said that while all Jewish day schools strive to accommodate children of all abilities, not all of them are equipped to do so.

He added: “What’s going to be true and right for one school or one child may not de facto be right for another school or another child.”

Ravsak, of which Luria is a member, is conducting a nationwide study of the ways that Jewish day schools teach and adapt to students with disabilities, Kramer said.

For Keil, having siblings with disabilities inspired her career choice. Her three brothers have disabilities, such as auditory processing disorder and ADHD.

When she attended a summer camp with her younger brother to help him socially and emotionally, Keil found her calling.

“The director of the camp told me, ‘If you don’t do this for the rest of your life, you’re crazy,’” Keil said. “So I said that’s it, that’s my field.”

Since then, Keil has also worked to dispel the notion that students with disabilities slow down the intellectually “gifted” students. Many of the children she deals with that have disabilities are known as “2e,” or “twice exceptional” – meaning that they have both a disability and a high intellectual capacity.

“Gifted education is special education,” Keil said. “It’s exactly the same thing, just the other end of the spectrum.”

Although Room on the Bench is only a few months old, Keil has already begun working with other schools and hopes to change what she sees as the fundamental problems with the current private school model.