The little Times correction that couldn’t (make Speechgate go away) 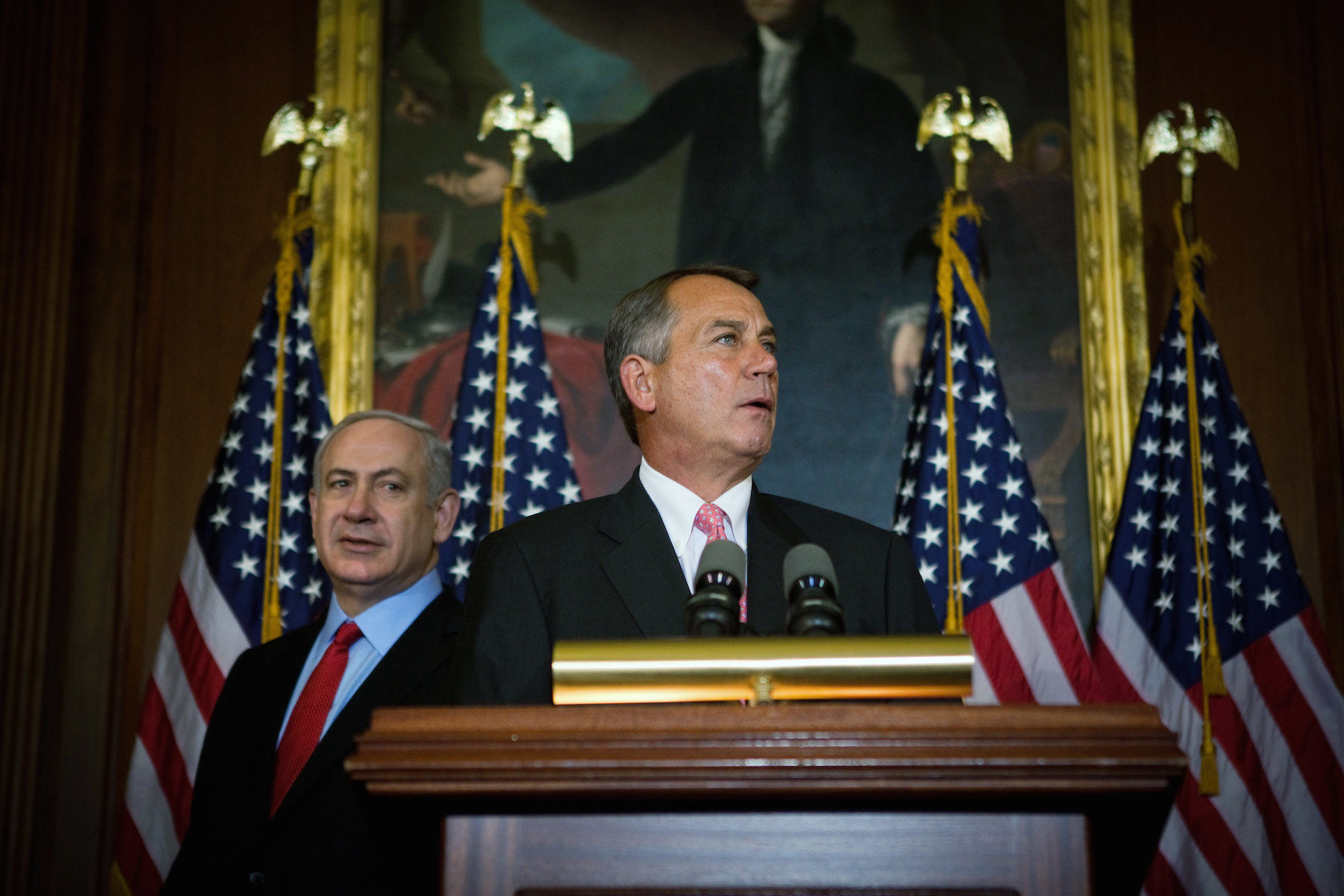 Republicans, conservatives and some others have seized on a correction the New York Times made on Jan. 30 to suggest that “Speechgate” is overblown. The correction, to a story that ran the previous day about tensions between the Netanyahu government and Democrats over the Israeli prime minister’s acceptance of House Speaker John Boehner (R-Ohio)’s invitation to address Congress, shows, these pundits say, that the White House and its media enablers are misdirecting blame for the skirmish to Netanyahu, when really it’s all Boehner’s fault.

“The story is a whodunit, and The Correction shows clearly that the Times got the wrong man,” writes Liel Leibovitz on Tablet.

A quick review of the facts, however, shows that if anything is overblown, it’s the attention given this correction, which is relatively minor and by no means negates the chronology that has the Israeli ambassador, Ron Dermer, coordinating with Boehner for weeks before the Jan. 21 invitation was issued, while keeping the White House in the dark.

An earlier version of this article misstated when Prime Minister Benjamin Netanyahu of Israel accepted Speaker John A. Boehner’s invitation to address Congress. He accepted after the administration had been informed of the invitation, not before.

Is the New York Times clearing Netanyahu and Dermer of coordinating with Boehner without keeping the White House in the loop? Not according to its corrected copy:

Mr. Dermer had worked with Mr. Boehner to arrange the speech without telling the White House.

That’s straightforward enough – because what the correction is referring to is Netanyahu’s formal acceptance of Boehner’s invitation. Netanyahu did not formally accept until the day after the invitation, on Jan. 22, when he also asked Boehner (who agreed) to change the date of the speech from Feb. 11 to March 3.

So how solid is the Times in reporting that Dermer worked with Boehner “without telling the White House?”

This solid: The sources for that claim are Dermer and Boehner, each on the record.

Here’s Boehner on Jan. 28, posting a chronology of the invitation (emphasis added by JTA):

On January 8, Speaker Boehner called Israeli Ambassador Ron Dermer to gauge the Prime Minister’s interest in an invitation – and we were informed that the Prime Minister was open in principle to an invitation. The Speaker made it clear that it was his prerogative to inform the White House. We then went about identifying potential dates for an address.

The chronology also notes that Netanyahu’s formal acceptance came a day after the invitation was publicly issued.

And here’s Dermer on Jan. 30, confirming to The Atlantic’s Jeffrey Goldberg Boehner’s chronology and Dermer’s agreement to keep negotiations over the invitation secret from the White House (emphasis added by JTA):

It was also made clear to me that it was the speaker’s responsibility and normal protocol for the Speaker’s office to notify the administration of the invitation. That is why I felt it would be inappropriate for me to raise the issue with the administration, including in my meeting with the secretary of state, until the speaker notified them.

The speaker’s office apparently informed the administration about it the morning of the announcement, around two hours before it was publicized. After it was publicized, we were in contact with administration officials, both here and in Jerusalem. We informed them that we wanted to move the date to March 3 so that it could be combined with a visit to AIPAC that the prime minister was also considering. Once that date was cleared with the speaker’s office, the prime minister officially announced that he would accept the invitation to come and speak.

Dermer is referring to his meeting with John Kerry for over an hour the day before the invitation was announced.

So of course the White House was informed of the invitation before Netanyahu’s formal acceptance – the invitation was already making headlines by then.

The evasion undergirding these tensions is the one having to do with Boehner and Dermer keeping their deliberations a secret from the Obama administration. That evasion stands, and whether one considers it a tempest in a teapot or the crime of the century, the New York Times correction does not make it go away.