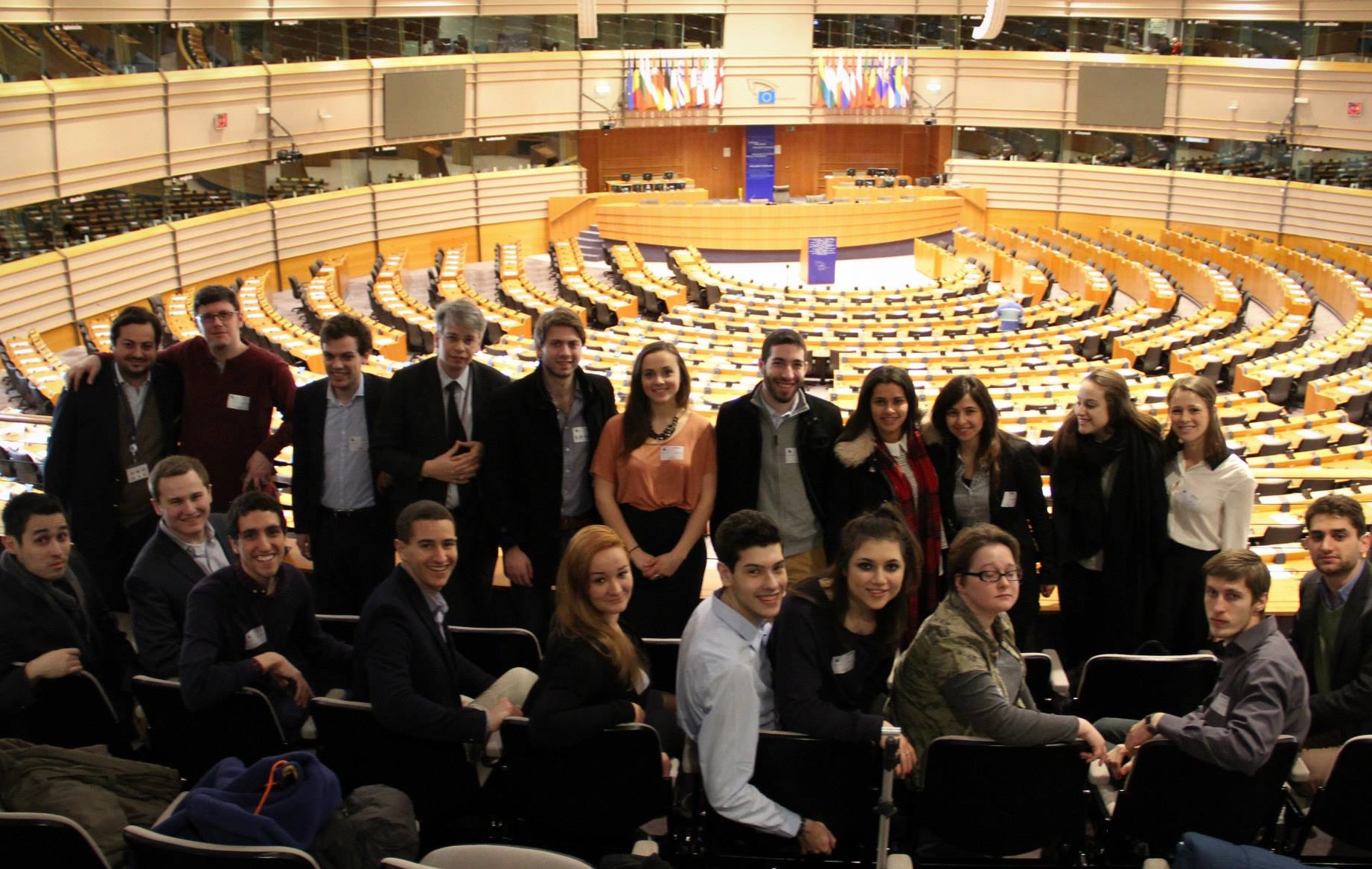 Members of the DoJas E.U. activism seminar at the European Parliament in Brussels, Feb. 1, 2015 (Courtesy of B'nai B'rith International)
Advertisement

Alarmed by the worsening of Europe’s anti-Semitism problem, European Union leaders are speaking out more forcefully than ever before against the phenomenon.

Following the slaying of four Jews last month by an Islamist near Paris, the first vice president of the European Commission, Frans Timmermans, recently declared that “without its Jews, Europe will no longer be Europe.” Days later, European Parliament President Martin Schulz said he felt shame and worry over the fact that in Europe “police forces have to protect synagogues once more.” And Federica Mogherini, the EU foreign policy chief, sadly conceded last month that “violent anti-Semitism is still alive” and that Jewish communities in Europe “again feel threatened.”

These frank admissions, and the pledges to fix the problem that came with them, represents a change in a body where many ignore anti-Semitism.

Last week, curious to see what effect, if any, the rhetoric from the higher-ups is trickling down, I accompanied a delegation of American and European Jewish students at the European Parliament for a seminar that included panel discussions about anti-Semitism with EU officials and lawmakers. My conclusion: not very much.

For me, the meetings turned out to be a sobering experience.

One lawmaker who described himself as active in the fight against anti-Semitism went on to tell the group that Israeli actions sometimes cause anti-Semitism and that he hoped Israel — by ending controversial policies like expanding West Bank settlements — would help him combat anti-Semitism.

Another lawmaker defined anti-Semitism as hatred of all Semitic nations and claimed that it is a new phenomenon in Eastern Europe that grew only after the fall of communism. However, he quickly corrected himself after seminar participants pointed out the Soviet Union’s state anti-Semitism and the pogroms that preceded it.

Only one of the lawmakers — the one who believed Israeli settlements cause anti-Semitism — was aware that the European Union’s agency for fighting racism, the Fundamental Rights Agency, recently dropped from its website a definition of anti-Semitism that included references to the demonization of Israel and currently acknowledges it is unable to define the very phenomenon it purports to fight.

I asked another EU official whether Brussels ever comments on or respond to Turkish officials’ anti-Semitic and anti-Israel tirades, but the official said such statements go unanswered because the EU prefers to stay out of bilateral relations between non-member states. A third EU worker, a Jewish employee of the European Parliament, said she avoids telling her co-workers that she is Jewish. She decided on this policy of concealment after a Muslim colleague said that Jews complain all the time and because she thought being openly Jewish might hurt her career — though other Jewish employees with similar positions said they encountered no reason to hide their identities.

Despite these worrisome indications that senior EU figures’ rhetoric is only that, the visit also gave me hope, for example when I learned that Jewish lobby groups have been unified during concentrated efforts, like the one that preceded the December vote by the European Parliament on recognition of a Palestinian state.

Other lobbyists spoke of new horizons and channels for Jewish and pro-Israel lobby groups working within and outside the European Union, for example India’s newly-elected and pro-Israel prime minister, Narendra Modi. His election has opened the door to partnerships between Jewish lobby groups and lobby groups representing Indian interests in Brussels. In addition, it appears that Israel is seen by some EU officials as a possible mediator in the conflict between the EU and Russia, as it has good relations with both.

One speaker, a young Jewish counterterrorism expert from France, recalled his anguished but resolute response to the killings in France.

“I realized things are going to change, there will be more attacks from time to time,” he said in the matter-of-fact way that Israelis talk of living with terrorism. “And that we should not panic or leave, because it’s not the end of the world.”