In Japan, the Holocaust provides a lesson in dangers of nationalism 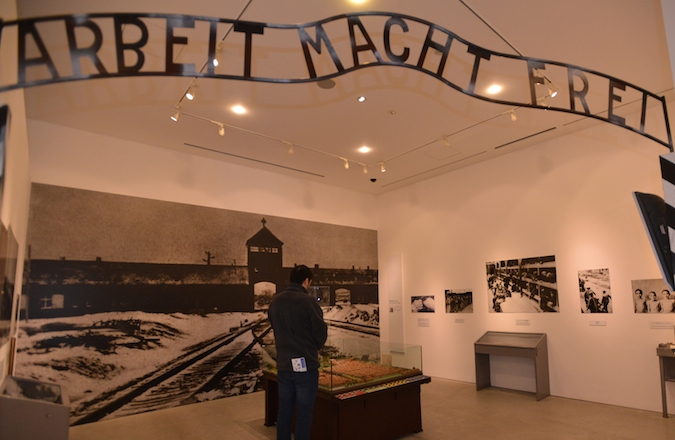 FUKUYAMA, Japan (JTA) — In the auditorium of this country’s main Holocaust education center, a teenage actor explains the dilemma that faced a Japanese diplomat during World War II.

“My conscience tells me I must act a certain way, but doing so means defying my commanders,” says the actor portraying Chiune Sugihara, the Empire of Japan’s wartime vice consul in Lithuania. In 1940, Sugihara rescued 6,000 people by granting them transit visas to Japan in defiance of Tokyo’s orders. Some of them survived the war.

To Western ears, the play’s message of placing independent thought above blind obedience may seem banal. But in an increasingly militaristic Japan, Sugihara’s story is instructive — a tool for sensitizing children to the dangers of nationalism not only in Europe, but also in Japan.

“It’s a bold position to take in a society that has remained ultra-conservative and extremely hierarchical,” said Alain Lewkowicz, a French Jewish journalist who has studied Japanese society’s attitudes toward the Holocaust.

Since it opened in 1995, the Fukuyama Holocaust Education Center — situated just outside Fukuyama and about 60 miles from Hiroshima, the site of an atomic bomb in 1945 — has welcomed tens of thousands of Japanese schoolchildren. Founded by Beit Shalom, a Kyoto-based Christian pro-Israel organization, the center relocated in 2007 to a larger, donor-funded 20,000-square-foot facility.

(Beit Shalom’s theater troupe’s is now preparing for its first international tour in nine years. The group, which will perform in the United States this spring, is composed of 20 Japanese girls who sing in Yiddish and Hebrew about such themes as life in wartime Jewish ghettos.) 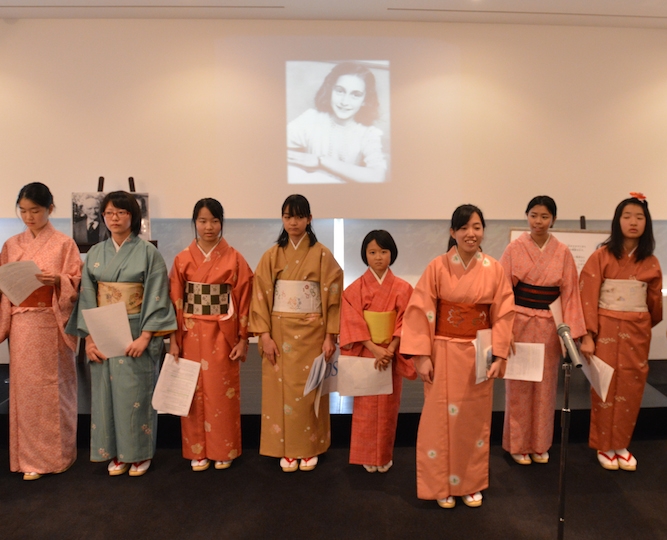 Members of the Small Hands choir of the Beit Shalom congregation speaking about Anne Frank at the Holocaust Education Center in Fukuyama, Dec. 27, 2014. (Cnaan Liphshiz)

At the heart of the building is a Holocaust museum with a display about the buildup of hate against Jews in Germany and replicas of the infamous Arbeit Macht Frei sign at the Auschwitz gate. The center also features a replica of the Amsterdam room inside the annex where Anne Frank hid from the Nazis, as well as objects that belonged to her family. The garden is home to a statue of the teenage diarist and a sapling that is actually a cutting from the tree that once grew outside the building where the Frank family hid.

While Anne Frank is well known in Japan, the strong alliance and similarities that connected the island nation to Nazi Germany — during World War II, Japan, Germany and Italy made up the Axis alliance — are rarely taught in schools here. Similarly, speaking about Japanese war crimes of the 1930s and ’40s — including mass murder in Nanking, China, and the forced sexual slavery of tens of thousands of Korean women — is largely taboo in a country whose right-wing prime minister, Shinzo Abe, has repeatedly visited a shrine that was built for some of the perpetrators.

Abe’s visits to the Yasukuni shrine remains a major point of contention between Tokyo and the capital cities of Beijing and Seoul. China and Korea have warned Abe not to backtrack on his partial admission to Japan’s wartime atrocities when he delivers a speech later this year on the occasion of the 70th anniversary of the war’s end.

Abe has promised “a departure from the postwar regime” and said he regretted that he had not visited Yasukuni sooner. Meanwhile, he has been expanding Japan’s military capabilities to unprecedented levels after ending in July a ban on operations abroad that had been established soon after World War II ended. His government is also encouraging military recruitment and exploring for the first time in decades the possibility of acquiring offensive weapons.

Against this backdrop, independent NGOs like the Holocaust Education Center are “taking up the educational task that the government is neglecting on purpose because it wants to promote a more nationalistic agenda,” said Naoki Maruyama, a professor of history at Japan’s Meiji Gakuin University.

The passage in 2003 of controversial education reforms that reintroduced such nationalistic elements as obligatory anthem singing, patriotism lessons and the flying of the national flag in schools, he added, suggests that it might be a while before schools tackle any of these divisive issues in a manner comparable to what has been done in postwar Germany.

“We have not given much attention to educating children to think about why the war happened and how to prevent a reoccurrence,” said Makoto Otsuka, a reverend at Beit Shalom and the center’s director. “More than anything else, this is what the Holocaust Education Center tries to do.” 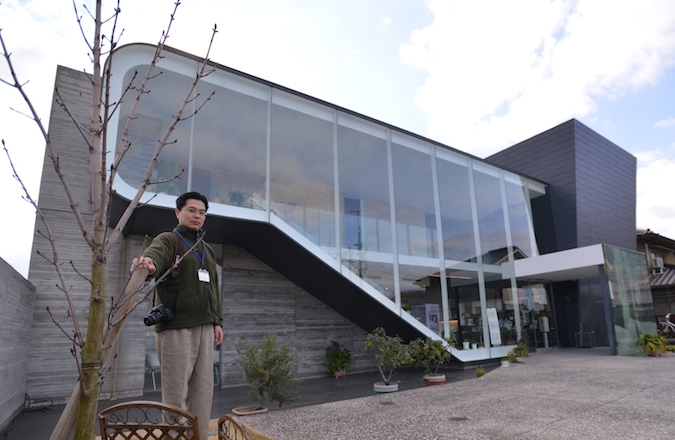 A cutting from the tree that grew outside Anne Frank’s annex in Amsterdam stands at the entrance of the Holocaust Education Center in Fukuyama, situated about 60 miles from Hiroshima. (Cnaan Liphshiz)

Japanese educators, he added, typically teach about the use by the United States of atomic weapons in Japan to “show how much Japan suffered as the victim,” but have failed to follow the example of Germany, where “it is now required to look back objectively at the facts of history.”

Neither the Holocaust nor Japan’s wartime occupation of Asian countries and human rights abuses against prisoners of war are mandatory subjects in the national history curriculum of schools.

And the Holocaust Education Center here does not deal directly with Japan’s war crimes either, said Akio Yoshida, the museum’s deputy director, citing the “need to focus on that uniqueness of the Holocaust to prevent it from blurring with other events that were war-related, including the actions of Japanese troops in Korea and China, or the atomic bomb.”

Instead, Yoshida said he hopes that teaching the Holocaust in Japan “will expose children to the process of indoctrination that preceded the murders, and leave it to them to make the final conclusion about which path they want their society to take.”