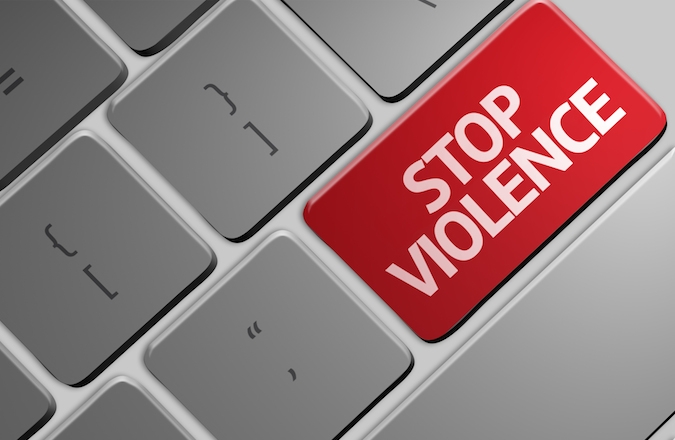 Talking about domestic violence may not seem like the most romantic  way to celebrate Valentine’s Day.

Nonetheless, Jewish Women International has timed the release of a new guide aimed at combating domestic abuse and fostering healthy relationships to coincide with the Feb. 14 holiday.

Called both “Rethinking Shabbat” and “Shamor L’Amour” (which roughly translates from Hebrew and French to “observe the love”), the guide, requested by over 75 synagogues in the United States, presents Jewish texts as a starting point for discussions about healthy relationships.

The guide is composed of prayers, songs and other Jewish texts accompanied by rabbinical commentary and discussion questions. An additional “Sermon Sparks” guide offers talking points for clergy sermons on the topic through a similar combination of Jewish themes and modern domestic abuse contexts.

Rabbi Ari Lorge of New York’s Central Synagogue, who is a co-chair of JWI’s Clergy Task Force To End Domestic Abuse in the Jewish Community, and Deborah Rosenbloom, who is JWI’s vice president of programs and a co-editor of the “Rethinking” guide series, which includes three other publications, both emphasized that their campaign is more focused on promoting positive relationships than addressing abusive ones.

“The media brim with stories and analyses of unhealthy, and often dangerous, relationships,” an introduction to the guide reads. “Where are the conversations about how to create images and expectations of health and safety between intimate partners now, in our own time?”

According to a Centers for Disease Control study from 2010, more than 12 million Americans are victims of domestic violence in some form each year. Lorge said that Jews have historically not been vocal enough on this issue.

“For a while some of us thought that it wasn’t an issue in the Jewish community,” Lorge said. “Of course it is and always has been. There’s a misconception that we’re somehow immune to it.”

Lorge is optimistic about the guide’s potential but acknowledges that there is a long way to go in addressing domestic violence.

“It’s been a really good effort, but the sad reality is that the issue doesn’t go away,” Lorge said. “Talking about relationships for one weekend a year, while it’s great, doesn’t really address the issue. We’ll want to evaluate and hear from synagogues.”

Those interested can request a “Shamor L’amour” guide here.