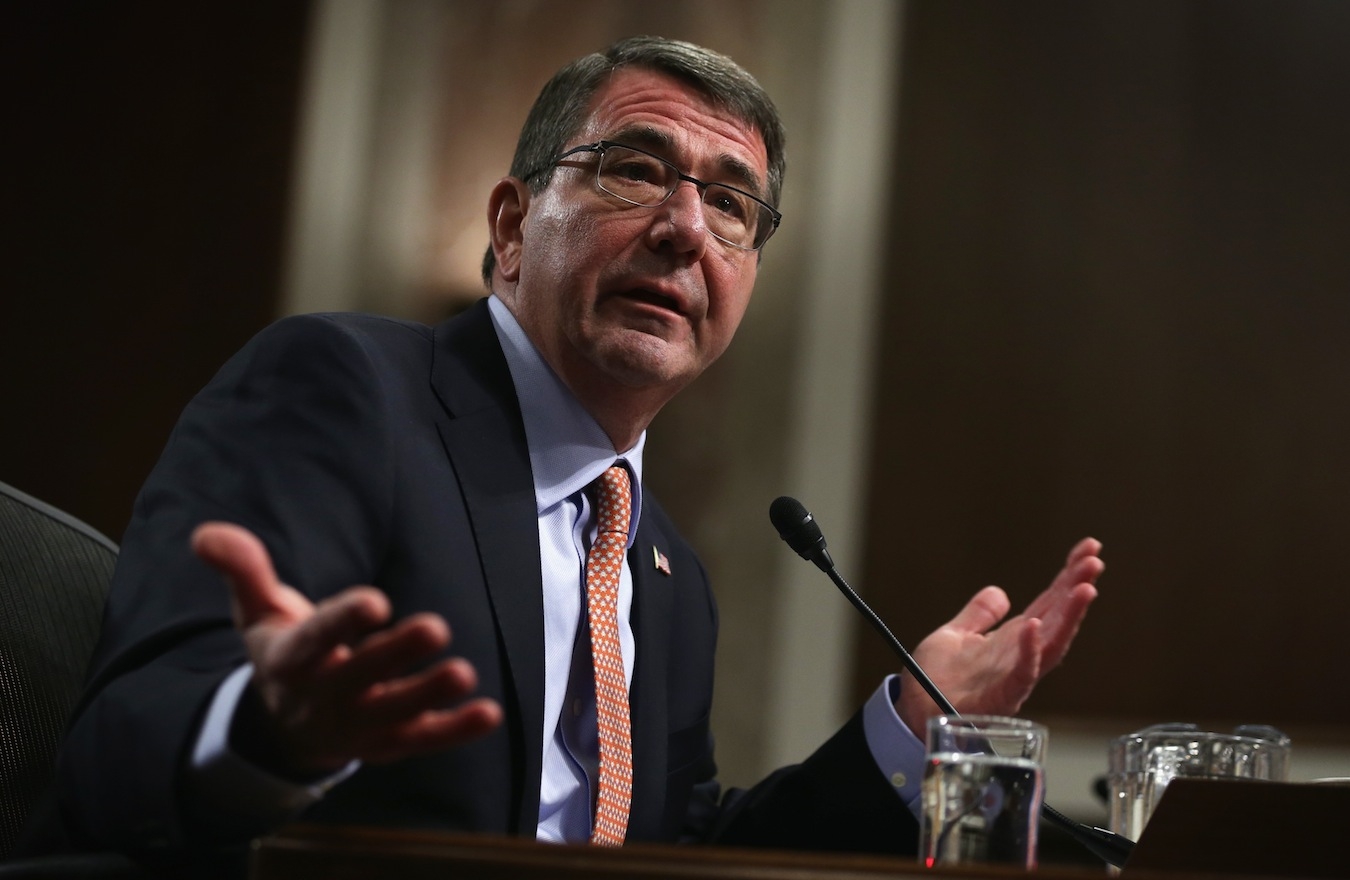 Carter’s appearance on Feb. 4 before the Senate Armed Services Committee was free of the sharp exchanges over Israel featured in the confirmation hearing of the current defense secretary, Chuck Hagel, who as a Republican senator had been sharply critical of Israel and the pro-Israel lobby.

Carter, a former deputy secretary of defense whose views on Iran are believed to be more hawkish than those of President Barack Obama, mentioned Israel only once during the hearing — in response to a question from Sen. Ted Cruz (R-Texas) on the danger posed by a nuclear-armed Iran.

“Well, if you take at face value what they say, they have the ambition to wipe off the map other states in the region, namely Israel,” Carter said. “They have a long history of behaving in a disruptive way, of supporting terrorism, of trying to undermine other governments operating around the world. So I think they give abundant evidence that they’re not the kind of people you want to have having nuclear weapons.”

Longtime observers of the U.S.-Israel relationship say that whatever personal tensions plague interactions between Obama and Netanyahu, defense ties are as sound as ever, bolstered by the longstanding relationships between the militaries, partnerships on several weapons development projects and a shared interest in containing radical Islam.

Recent media attention has centered on the drama arising from Netanyahu’s acceptance of the invitation by House Speaker John Boehner, a Republican, to address Congress next month without first consulting the White House. But don’t expect that tension to intrude on defense collaboration, said Aaron David Miller, a former State Department official and now a scholar at the Woodrow Wilson Center.

“Along with the Saudis, the Israelis constitute the closest American ally in this entire region,” said Miller, who for years was a senior Middle East peace negotiator under Republican and Democratic presidents. “Whatever the drama and the soap opera of the Bibi-Obama relationship, it’s just a fact.”

The relationship between the defense establishments is too close to be affected by diplomatic disputes, said Rep. Trent Franks (R-Ariz.), who blames Obama for the current state of relations with Israel. In fact, Franks said, close defense ties may help alleviate some of the stress on the political level.

Defense Department officials “understand perhaps more than anyone how critical our alliance with Israel truly is,” he said. “The Pentagon understands how important Israel is to America, and I think that’s why they’re going to do everything they can to mollify or at least ameliorate this president’s — what I think has become an obvious sort of — resentment toward Israel.”

Aram Nerguizian, a scholar at the Center for Strategic and International Studies, said there is “increasing depth tied into U.S.-Israel coordination, cooperation and co-budgeting on things like missile defense. In parallel to any development within the bilateral political arena, there has been a pretty steady sense of continuity on military affairs.”

Israel has been the largest cumulative recipient of foreign aid from the United States since World War II. In 2007, under President George W. Bush, the U.S. and Israel signed a 10-year agreement in which Israel receives a total of $30 billion in U.S. aid, the vast majority defense assistance.

Additionally, there is U.S. funding for the joint development of anti-missile systems. In 2014 alone, according to the Congressional Research Service, the Arrow and Arrow II mid-altitude ballistic missile defense system projects — researched and jointly developed by Boeing and Israel Aerospace Industries — received $44.3 million, while $74.7 million went to aid research and development of the new Arrow III high-altitude anti-ballistic system. Another joint missile defense project, David’s Sling, was budgeted for $149.7 million.

The Iron Dome missile defense system, which successfully intercepted hundreds of Hamas rockets during last summer’s war in Gaza, initially received $235 million in the congressional budget. After the 2014 conflict, funding was bolstered by another $225 million to assist Israel in replenishing its Iron Dome missile stockpile.

“A lot of systems like David’s Sling, the Iron Dome, funding and planning for the Arrow II and Arrow III ballistic missile defense systems — these wouldn’t be possible if you didn’t have a sense of expanding scale and depth in the military-to-military partnership,” Nerguizian said.

Meanwhile, joint military exercises such as the 2012 Austere Challenge, which brought 1,000 American personnel to Israel for three weeks of drills, also help signal to Iran and others in the region that the alliance remains solid.

“When you get to where we are now, in this decade,” Nerguizian said, “it’s not because of any development in the last one, two or three years, it’s tied to decades of systemic focus, and you’re not going to have a dramatic shift either in the positive or negative. It’s just a steady state.”