Purim poser: What is our fascination with villains? 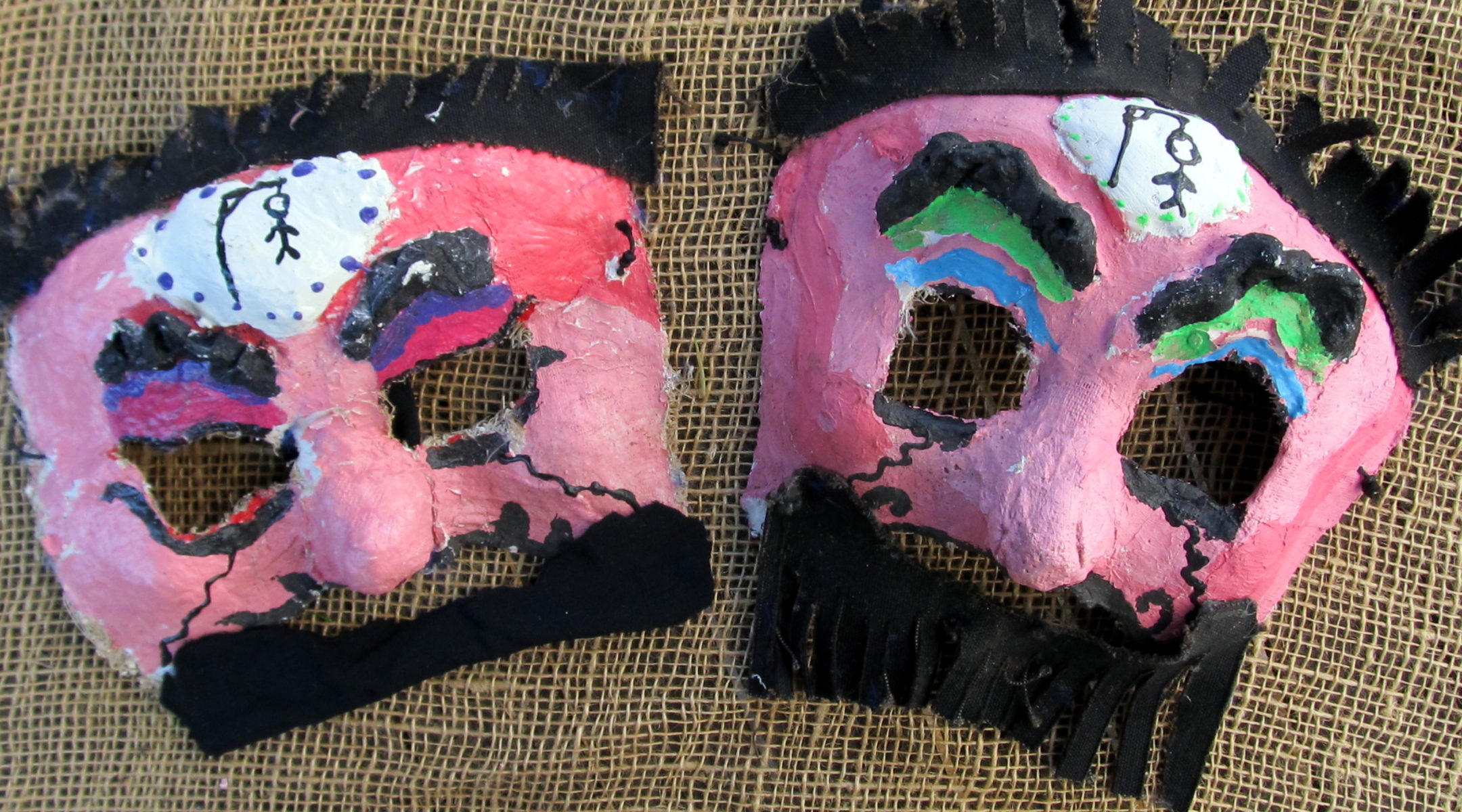 Two faces of Haman: Why do we like trying them on? (Masks and photo by Edmon J. Rodman)
Advertisement

LOS ANGELES (JTA) — Who is the Haman in your life? The person, who like the bad guy in the Megillah Esther that we read on Purim, schemes to bring you down.

When we get to the place in the Megillah where Haman is forced to lead Mordechai though the streets of Shushan, saying, “This is what is done for the man whom the king desires to honor,” might we insert ourselves — like a video game — into an updated version of the story? Imagining that a seriously negative person in our life is pushing our car down the street while we sit behind the wheel and wave?

Not that your neighbor is Lord Voldemort or Dr. Moriarty, but what about that boss who is omitting your name from the organization chart? The relative who always leaves you off the guest list? That student spray-painting swastikas on your son’s fraternity house? Or just the forever interrupting “Rachel” from cardholder services?

If we could only rid ourselves of them, then “Oh, today would merry, merry be.”

In the Purim story, we have sweet Esther, wise Mordechai and foolish Ahashveras — a pretty light cast of characters until the heavy, Haman, adds the contrast of evil and stirs the action.

Beginning with childhood, we intuitively understand how boring fairy tales would be without the witch, and in Oz, Dorothy would have no one to resist surrendering to.

On Purim, Haman is the name we are supposed to blot out, yet clearly his name remains written in our minds. Could it be that in our own life stories, we need someone to mix it up with in order to progress? Does that explain our fascination, even attraction, to villains?

Pirkei Avot, “Ethics of the Fathers,” tells us that the “crown of a good name is superior to all.” So why do we seem so at ease with those who wear a black hat — and I don’t mean the haredim.

We hate what Gordon Gecko of “Wall Street” stands for, but why do we know what he had to say about greed? Is it that we like to see the bad guy get his comeuppance, or do we just like seeing him coming up? Either way, the series finale of “Breaking Bad,” featuring the high school chemistry teacher turned methamphetamine dealing anti-hero Walter White, was watched by over 10 million viewers.

In sports, when our team’s archrival comes to town, we get tickets to watch our heroes trounce the villains. But as we boo when their stars come to the plate, make a late hit or a flagrant foul, we hate them while at the same time understanding that without those bums, the fun would fade.

In some of our favorite computer games, like “Grand Theft Auto,” we can even act out the ways of the villain. Watching my adult sons play one day, I was surprised to see how readily they took on the role of the evil protagonist. Trying it myself, driving my stolen car down the streets of Santa Monica, I soon became a regular Haman on Wheels, threatening the extinction of an entire population of pedestrians. Was that me grinning as I “accidentally” backed up over a man on the sidewalk?

In Jewish texts, beginning with the snake in the Garden of Eden, we are tempted by the promises of the villain. At Passover, as we take a drop of wine for each plague, the heart-hardened Pharaoh fills our seder tables, though afterward we ease the tension by singing about “frogs in his bed.”

In synagogue, the words of the sorcerer Bil’am, who the rabbis called “harasha,” “the wicked,” even begins our prayers with the words “Mah tovu,” “How goodly.”

At Hanukkah, without the severe decrees of King Antiochus, we would not only be minus a dilemma in December but a holiday, too.

The biblical anti-hero calls to us as well. In discussions about the Torah portion Korach, which is named for the man who rebels against the authority of Moses, I sometimes find it easy to take his side. Wasn’t he just a misunderstood nonconformist?

And though I first heard the story of the Golem as a child, I am still confused: Was the Rabbi Judah Loew of Prague’s monster of mud hero or villain? Or a little of both?

The truth is that in villains we see a little of ourselves. An idea in Jewish thought is that we are all born with both an evil inclination, “Yetzer hara,” and a good one, “Yetzer hatov.” Does this internal duality connect us to Haman? Perhaps for the part of our psyches that conjures up ways to wipe out opposition before we consider how wrong it is.

In terms of reconciling the villain inside, thankfully most of don’t have Darth Vader as a dad. But we do imagine, and even know, what we look like in black. And on Purim, if you put a light saber in our hands, even if it is a toy, we know that somehow the force wouldn’t be any fun without the bad.