‘Kosher Soul’ plays on stereotypes — amusing some, angering others 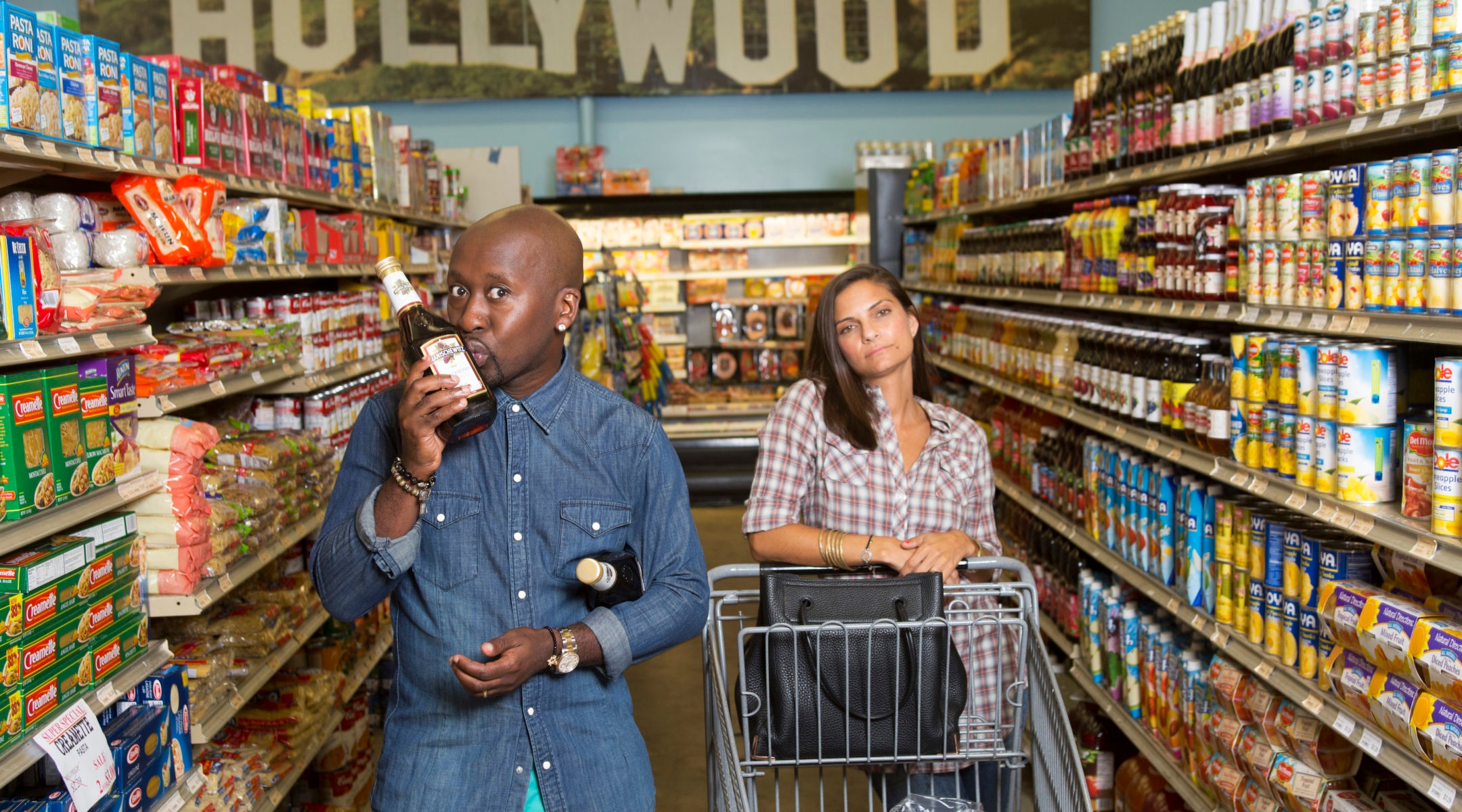 LOS ANGELES (JTA) — In the first episode of “Kosher Soul,” O’Neal McKnight, a Southern-raised African-American man about to marry a white Jewish woman from Seattle, has an epiphany about his upcoming marriage — it’s like a black-and-white cookie.

“It’s all about the whole cookie,” he explains to his fiancee, Miriam Sternoff.

That’s about as far as the insight goes, which is to say, it isn’t much of an insight.

But as a metaphor for “Kosher Soul,” a reality show that premiered Feb. 25 on Lifetime, the black-and-white cookie actually fits pretty well. It’s junk food — sweet, pleasant, easy to understand. It isn’t nutritious, but as an occasional guilty pleasure, it’s kinda fun.

Which is not to say it hasn’t ruffled some feathers. The Alliance of Black Jews, a group that describes itself as “people of African descent who embrace Halachic Judaism,” sent a letter to Lifetime expressing disappointment in its “offensive stereotypes,” and on Be’chol Lashon‘s Jewish& blog (hosted by JTA’s partner site MyJewishLearning), the Alliance’s founding president, Robin Washington, wrote: “To a person, those in my circle of African American Jews who’ve heard of the show have questioned its portrayal of the match as a freak show oddity.” Several black Jews tweeted in protest Wednesday night using the hashtag #ourkoshersoul. Among them:

jewish and black is not a clash of “cultures”. it is me. #ourkoshersoul

“Kosher Soul” examines what it describes as a culture clash between Miriam and O’Neal in, ahem, black and white, without too many intervening shades of gray. It doesn’t just embrace stereotypes; it gleefully chases after them at top speed. Thus, all the big issues come up — food, circumcision, the disapproving Jewish mother-in-law, dental grills, black people being afraid of the water, and more.

It helps that the couple at the center of the show are fairly outrageous people. (They live in Los Angeles, which is a good start.) O’Neal, who is converting to Judaism in order to please Miriam, is a stand-up comic who seems to live somewhere on the boundary between nonstop performer and man-child — he makes faces at the camera, is afraid to go in the ocean, and frequently sports a black baseball cap saying “Kosher”.

Miriam, a celebrity stylist, is the more grounded of the two, playing the straight man to O’Neal’s absurd behavior, alternately reining him in and going along for his absurd schemes — such as when he wants her to get a gold grill for her teeth — with a tolerance that sometimes approaches Buddha-like levels. 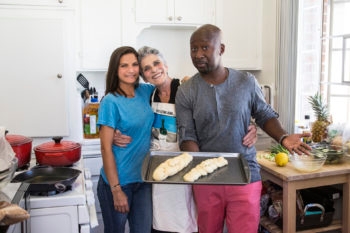 Miriam Sternoff, her mother Nancy Sternoff, and O’Neal McKnight in an episode of the Lifetime show “Kosher Soul.” (Richard Knapp/Lifetime)

The show is, in some ways, as stagey as a sitcom. In the first episode, Miriam attempts to satisfy O’Neal’s craving for soul food by buying and frying him a catfish, despite the fact that it is, as her mother puts it, “Treif. Total treif.” It’s not a success — O’Neal ends up spitting the results back onto his plate. Still, he decides to sample Jewish cuisine by going to Los Angeles’ Canter’s Deli and ordering chopped liver, which he doesn’t like either.  Meanwhile, Miriam is trying to make up their wedding reception seating chart, and they’re fighting over the proper mix of black and white guests at each table, until O’Neal finally has his black-and-white cookie insight and … well, you get the point.

Still, at its best, the show works. While the setups feel scripted, the relationship is obviously genuine and affectionate. Miriam enjoys O’Neal’s antics, and he appreciates her stability, not mention that she’s a good audience. And the show is also at its strongest when it’s exploring black-Jewish relations in its own absurd fashion. O’Neal is one of the show’s producers, and he knows how to work his material, such as when he asks a rabbi, “Why are Jews so good with money?” — or when he tells Miriam, “You know what’s hard work? My grandmother’s water breaking when she’s picking cotton.”

Plus, the show features an appearance by Russell Simmons, a longtime friend of O’Neal’s. That’s obviously a must for any show on black-Jewish relations since Simmons, who is black, is a longtime leader of the Foundation for Inter-Ethnic Understanding and, in 2007, co-starred with rapper Jay-Z in a public service announcement denouncing anti-Semitism.

“Kosher Soul” runs into trouble, on the other hand, when the culture clashes aren’t so pointed and the tensions are more generic — she’s trying to have a baby, he wants to buy a Porsche, and the like. So, the buildup to the wedding provides plenty of material — but unfortunately, the wedding takes place in Episode 3, and Episode 4 is notably slower. O’Neal has a bris coming up for his conversion, which should be entertaining, but unless they either have that baby or can mine some more nuggets about black-Jewish culture, the latter part of the season may be slow going.

Still, it’s all in good fun, and the show is worth a watch if only for O’Neal’s hats — perhaps the best one is a Star of David flanked by hashtags — and Miriam’s deadpan eye rolls.

Just don’t overdo it. After all, it’s a cookie, not a meal.