Q&A with Jorma Kaukonen on Jefferson Airplane and Judaism 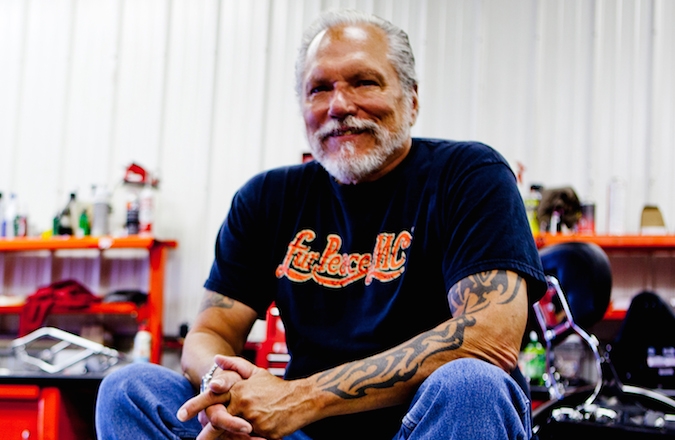 Jorma Kaukonen, who played guitar in classic rock bands Jefferson Airplane and Hot Tuna, has just released “Ain’t In No Hurry,” his first solo album since 2009.

While Kaukonen’s guitar skills are legendary, few people know that he bought his first electric guitar by cashing Israel Bonds he received from his Jewish grandmother. On the eve of Jefferson Airplane’s 50th anniversary, the 74-year-old Kaukonen, who lives in Athens, Ohio with his wife, a Jew-by-choice, talked to JTA about his Jewish family roots, the Torah scroll his great-grandfather worked on and why so many blues guitarists are Jewish. This interview has been condensed and edited.

So you’re half Jewish and you didn’t really have a Jewish upbringing, but I’ve read that if things went differently you could have been Orthodox?

Interestingly enough, my father’s parents came over from Finland in the 1800s and my mother’s came over from Russia. So I’m Jewish on my mother’s side, which of course makes me Jewish. But my grandparents were a really interesting pair of people. My grandmother was a very, very secular Jew, even though she was a lifelong member of Hadassah and all that kind of stuff. And my grandfather, had he not been married to my grandmother, would have been an Orthodox Jew, but that’s not how it played out.

My dad was in the service during the Second World War, so I grew up with my grandparents a lot – and everything in their world was completely Jewish. I just didn’t know much about the religion. They either spoke Hebrew, Yiddish or Russian, especially when they didn’t want us to know what they were talking about – which worked really well by the way.

And your great-grandfather was a Torah scribe?

In Ellington, Conn., there’s a shul that one of my great-uncles helped design when he was 15. And my great-grandfather Shmuel actually — I don’t know the correct word for this — but he actually scribed the Torah himself. When I was up there seven or eight years ago, my mom’s last living first cousin was still alive, and she said “Would you like to see the shul?”

Now I just happened to have a yarmulke in my pocket. I put it on and she goes: “You’re such a good boy.” I’ll never forget that. We went in and they had a number of Torahs, and there was a small one that my great-grandfather had done.

You spent so much time on the road with Jefferson Airplane and Hot Tuna. Was there anything religious or spiritual going on while you were on the road all those years? 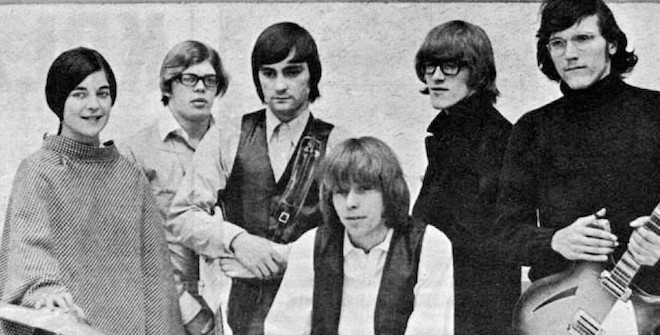 I didn’t really discover my Jewish identity in a concrete way until my wife converted about a decade or so ago. Were there spiritual things? Sure, because many people of my generation were questioning things in a way. And interestingly enough, think about how many Jewish guys were blues guitar players — whether they were electric guys like Mike Bloomfield, or guys who did everything like Dave Bromberg? There were so many of us who were of Jewish heritage who fell into that type of music.

When my wife converted, the rabbi suggested that even though I had a bris when I was a kid that I was never really exposed to any of this stuff, largely because, I realize now, of my grandmother’s vocal antipathy. So I went through the whole [conversion] process with my wife. We studied biblical Hebrew and all that kind of stuff. As a result I’ve become very involved in our community, which is organized around what happens in the school [Ohio University].

Interestingly enough, 70 miles away in Huntington, W. Va,there is a large synagogue. So as a result of my wife getting involved in this, I did too, and one time we were invited to come down by Margot Leverett, the great klezmer artist, and my friend Barry Mitterhoff, who plays mandolin with me. We went down and I remember we went to the synagogue — and I’m sure this isn’t the only time it’s happened, but it’s the only time it’s happened to me — this guy came out with a cowboy hat on and boots, and he looked at me, put his hand down and said “Shalom, y’all.” That’s how they do it in West Virginia sometimes.

So with Jefferson Airplane approaching its 50th, are you guys on good terms?

Yeah, we are. Obviously with a big thing like a 50th anniversary, people wonder whether some of the guys would like to put the band back together again. Grace [Slick] doesn’t sing anymore, so that means that’s really out of the question. We’d like to do something. We don’t know what that is, whether it’s just wandering around and yakking on talk shows or something like that. Maybe having some acoustic guitars and playing some songs and talking.

I was looking through some of your old solo albums, and some songs seemed to have some religious undertones – especially “Quah,” which includes the songs “Genesis” and “I Am the Light of this World.”

Right. “I Am the Light of this World” is a Rev. Gary Davis song. This is another thing that David Bromberg and I have talked about — and we wonder half-jokingly — why so many of us guys who are Jewish folk guitar players do so many songs that are from a Christian tradition. When I listen to a song like that, even though the reverend was obviously a Christian and spoke about Jesus a lot—to me, that’s a metaphor. And as Bromberg himself says, Jesus was a great rabbi. But there is something about spiritual songs that without focusing on the things that make them denominational, I find very uplifting.

How has your relationship to Judaism changed since your wife converted?

When I was finding my Jewish roots when my wife was converting, and when I spoke to the rabbi, one of the things that always came up for me, even when I didn’t think about it, was that I felt very comfortable in the context of a Jewish milieu. I don’t live in a Jewish context most of the time because that’s not how my world works, but whenever it happens, I feel like I’ve come home.

One of the things that I really enjoy about my friends who are Jewish is that almost to a man or a woman, everyone really has a different take on the whole thing. I like that that is allowed to happen. I’m not fond of dogma of any sort. And I know there’s dogma in Judaism too, but I like that in spite of that there’s a lot of wiggle room. And just to keep your mind open without losing the strength of the heritage, I think it’s a really cool thing.