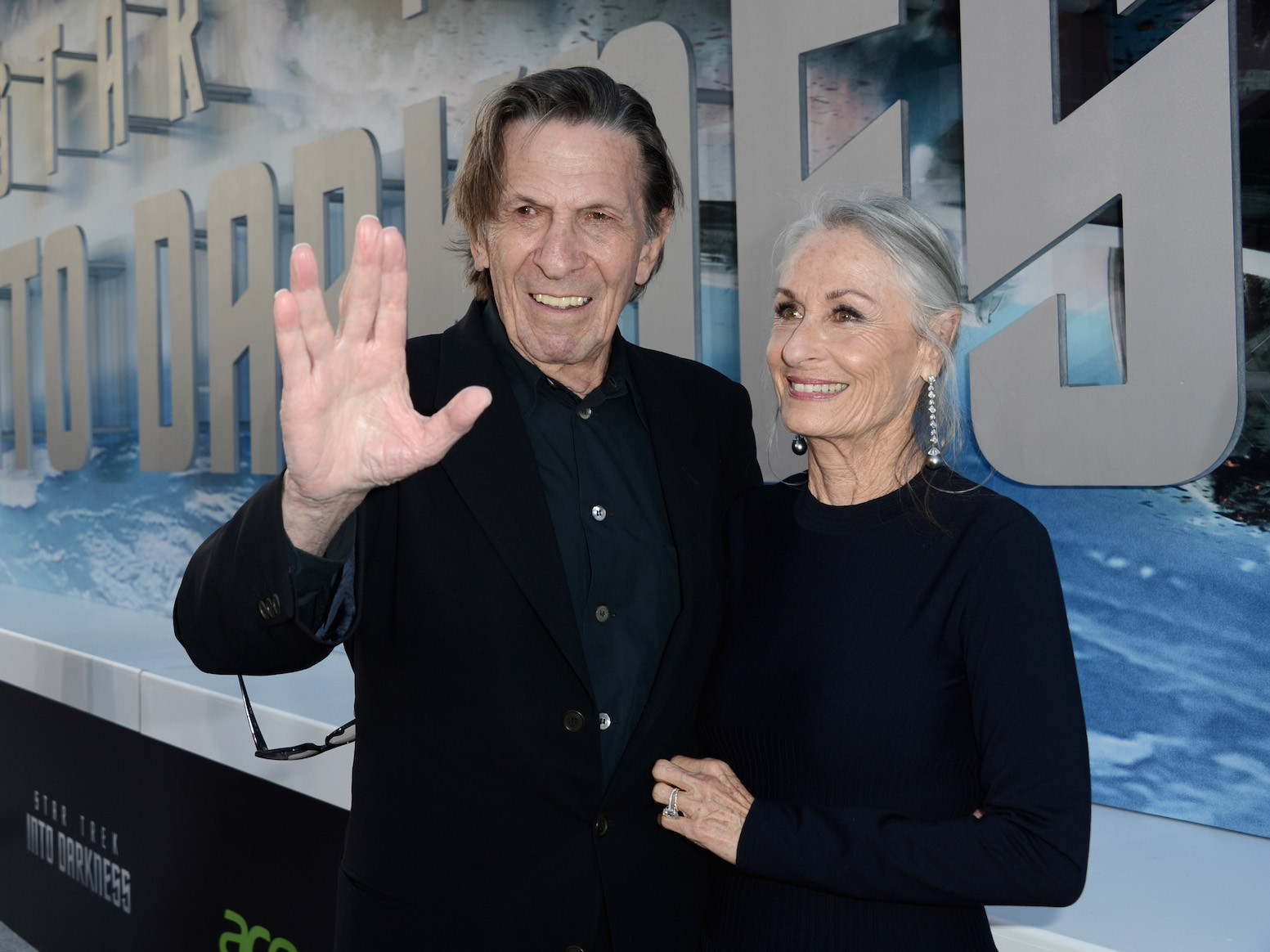 (JTA) — Leonard Nimoy, the actor best known for his role as Spock on “Star Trek,” died at his home in Los Angeles.

The cause of death on Friday was end-stage chronic pulmonary disease, The New York Times reported. He was 83.

Nimoy’s Spock has proved to be one of the most famous television characters of the second half of the 20th century. Nimoy said that he based the character’s split-finger salute, now a pop culture fixture, on a Kohanic blessing that involves a manual approximation of the Hebrew letter shin.

Nimoy was born in Boston’s West End neighborhood in 1931 to Yiddish-speaking, Orthodox Jewish immigrant parents from then Soviet Ukraine.

After teaching method acting in his own studio and making several minor film and television appearances in the 1950s and early 1960s, Nimoy was cast as Spock, a pragmatic alien with trademark pointed ears, in 1965. “Star Trek” became a cult classic show in the 1970s and eventually spawned five subsequent TV series and 12 films.

Nimoy played Spock for over four decades and sustained a successful Broadway theater career. His other notable acting roles include Paris in the spy series “Mission Impossible” and the psychiatrist David Kibner in a 1978 remake of “Invasion of the Body Snatchers.” He also directed two of the “Star Trek” films and the 1987 comedy “Three Men and a Baby.”

Nimoy showcased his ambivalence about being closely identified with the Spock role through the titles of his two autobiographies, which are titled “I Am Not Spock” (1975) and “I Am Spock” (1995).

In his later years, Nimoy rediscovered his Jewish roots. In 1991, he produced and starred in “Never Forget,” a TV movie based on the story of a Holocaust survivor who sues a group of neo-Nazi Holocaust deniers, and four years later he hosted an NPR series in which Jewish celebrities read aloud Jewish short stories. In 2002, he published “Shekhina,” a book of photographs of semi-nude Jewish women, which angered Orthodox leaders. And in 2009, he narrated a documentary about the Beth Sholom Synagogue in Elkins Park, Pa., which was designed by Frank Lloyd Wright.

Nimoy was nominated for an Emmy Award for his role as Golda Meir’s husband in “A Woman Called Golda” in 1982.