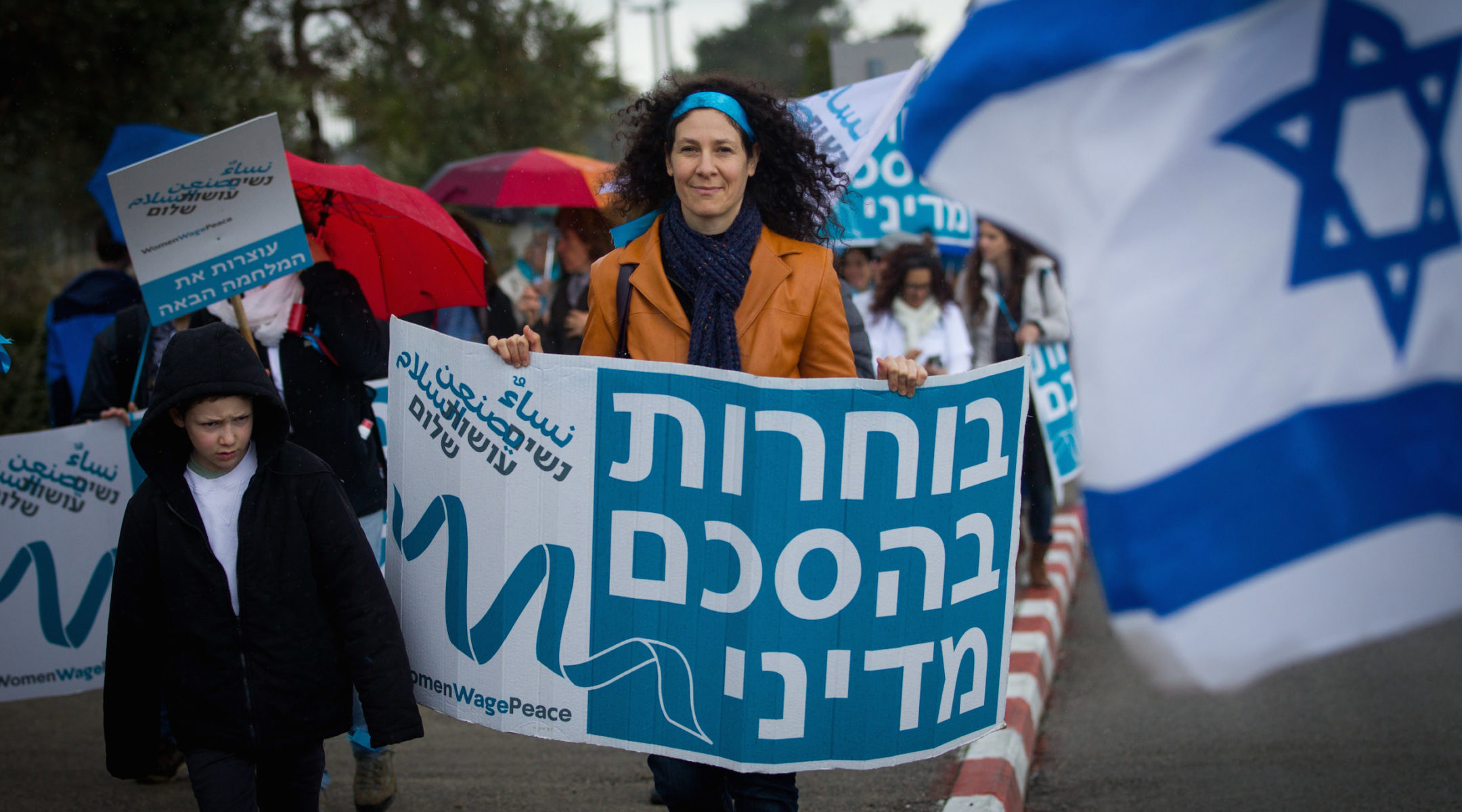 The protest Wednesday was held by Women Wage Peace, an Israeli organization founded after last summer’s war in Gaza that supports a peace agreement. According to the Times of Israel, the group has 7,000 members.

At the protest, the women formed a circle around the Knesset and chanted “It’s reality, not a dream, women make peace.” They also sang “A Song for Peace,” which Israeli Prime Minister Yitzhak Rabin sang at a rally shortly before his assassination in 1995.

“It’s time for us to be part of the dialogue that revolves around security and peace,” Yael Elad, head of the organization’s press team, told the Times of Israel. “We sense that women disappear from the public space when you look at TV panels or listen to radio shows. This place is reserved for generals or politicians, but never for women.”