Is a new Jewish Portland rising in the east? 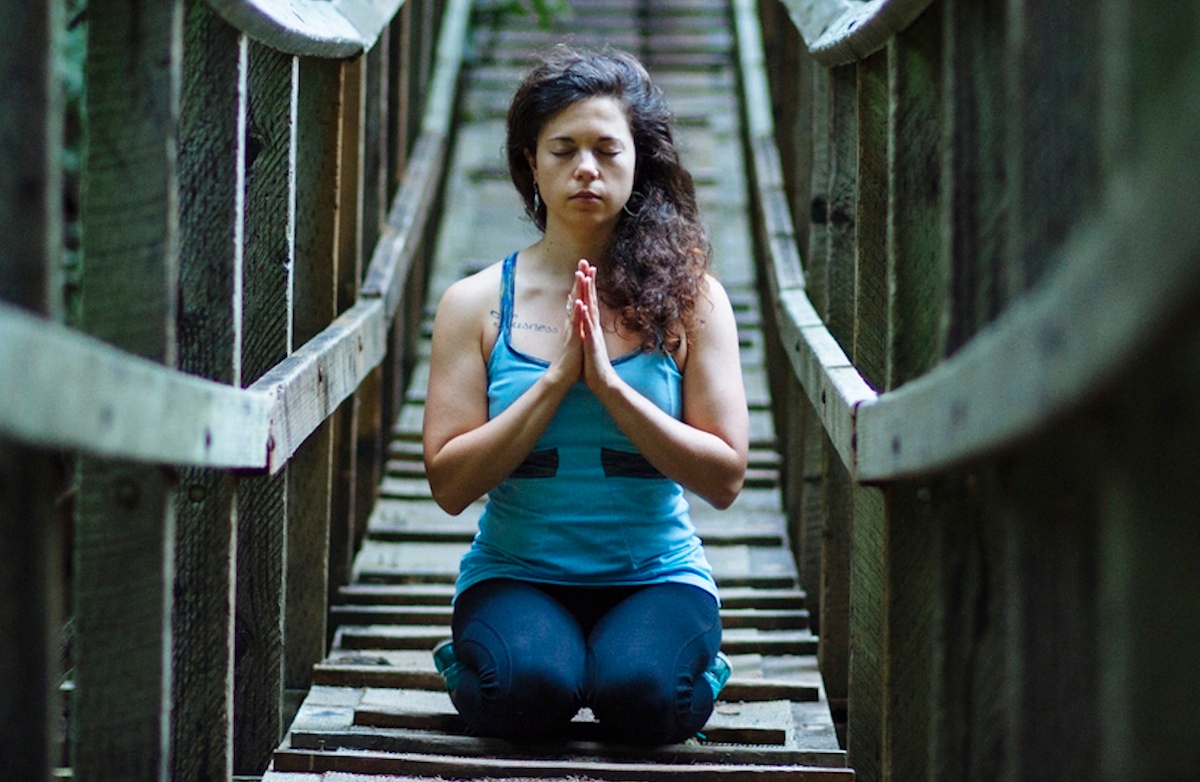 She had lived in the city almost her whole life and owns a house on the city’s east side. But Borkan craved a connection to Judaism, and she couldn’t seem to find one that fit with her spiritual explorations into yoga and meditation. Despite her love for Portland, she mulled a move to New York or to the Bay Area.

However, in August, Borkan began co-leading Havdallah Yoga, a group that gathers each Rosh Hodesh, the beginning of the Jewish month, for a combination of yoga and Jewish ritual. Participants meet in a converted industrial building, and are guided through a yoga practice that incorporates Jewish themes and rituals. In December, for example, yogis were encouraged to bring Hanukkah menorahs, which lit up the otherwise dark space. A Havdalah service follows the month’s routine.

These days, Borkan, 30, says she no longer thinks about leaving Portland to find her Jewish community.

“Honestly, at least for now, [Havdallah Yoga] has totally filled that need,” she told JTA.

And Borkan is far from the only one connecting to Jewish practice in nontraditional ways. Portlanders can celebrate Jewish holidays with ice cream sundae tasting menus; fill their growlers at a kosher, community-supported nanobrewery; or take part in a Jewish “gap year” program for recent high school graduates that combines social justice work with Jewish study.

In addition to embodying Portland’s famously quirky and creative culture, these points of connection represent a deeper transformation in Portland Jewish life. After decades in which Jewish life was concentrated on the city’s more sedate west side, a new, grassroots-oriented brand of Judaism is now taking form east of the Willamette River, reshaped by the people who live there.

Historically, Portland’s Jewish community has largely lived on the west side of town and that is where the mainstream Jewish institutions — the JCC, the federation, the community day school and most of the major synagogues — still reside. This, traditionally, has been the prosperous side of town, which includes the downtown business district, a number of upscale suburban neighborhoods and Portland State University.

However, in 2011, the Jewish Federation of Greater Portland’s population study came out — and the findings were shocking. At 47,500, the number of Portland Jews was nearly twice as large as previously thought. What’s more, the vast majority of these previously unaccounted-for, and largely unaffiliated, Jews resided east of the Willamette River.

The ensuing communal discussions over outreach to Jews on the east side seemed to divide the city’s Jews into two categories: traditional vs. innovative, established vs. unaffiliated, older vs. younger.

There is even a divide over whether or not such a divide exists.

“I’m not sure there’s any difference — I think there’s a perception that it’s different,” said Marc Blattner, chief executive officer of the Portland federation, who helped publish the study that has kicked off so much discussion. “I just worry that the east side gets a lot of play because it’s the sexy side of town.” 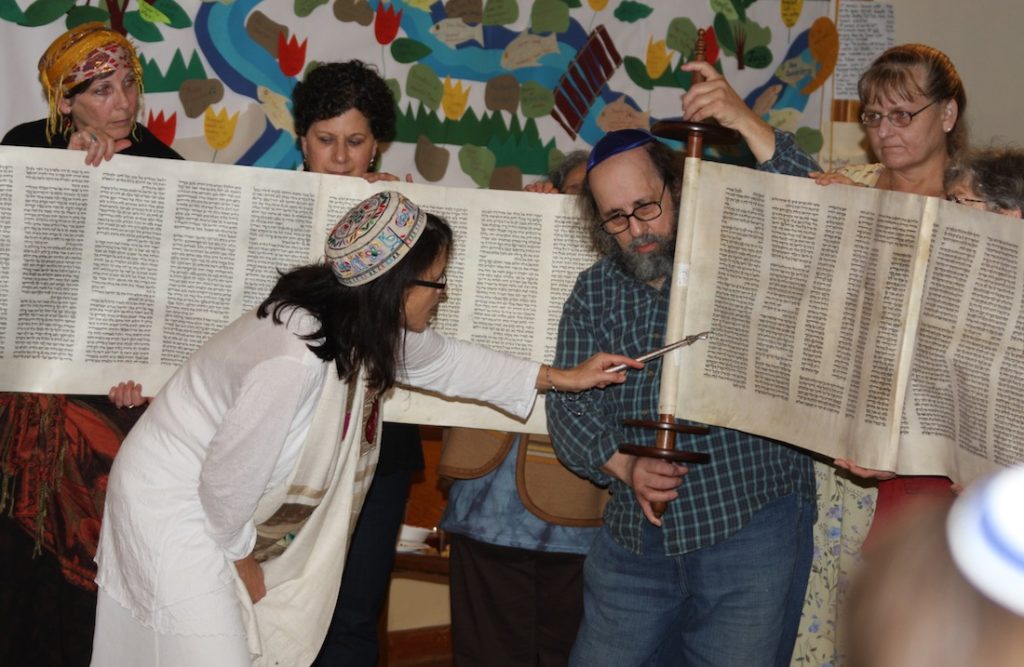 Sexy, as in when the foodie website Eater recently listed its Essential 38 Portland Restaurants, 32 were east of the Willamette. When Jerry Seinfeld came to town to film his show “Comedians in Cars Getting Coffee” with comedian and “Portlandia” star Fred Armisen, they got coffee, lunch, and even visited a high-style taxidermist/toy shop, all without venturing to the west side of town.

Unlike Blattner, many of the city’s Jews insist that the divide isn’t limited to geography.

“There really is a sense that there’s a different energy on the east side,” said Ariel Stone, rabbi of Shir Tikvah an independent synagogue on Portland’s east side. “What we joke about is that it’s an east side attitude or a feeling. You can be a west sider and have it.”

Jewish life on the east side has a long history of ups and downs. For 75 years, up until 1986, the area was home to a synagogue, Tifereth Israel.

“It was a dying congregation,” said Eric Kimmel, 68, a children’s book author, who moved to Portland’s east side in 1978, lured by the then-cheap real estate. “One of the older members would lead the service, and he didn’t see so well, so he would skip pages, and we would be so jumbled up.”

After Tifereth Israel closed in the 1980s and was absorbed into another congregation, Jewish life on the east side was sparse. A havurah started in the 1990s, called the Eastside Jewish Community of Portland, but it has since closed.

However, the east side of Portland more generally was experiencing a revival, as transplants helped mold the freewheeling, do-it-yourself ethos that has become central to Portland’s image.

Some congregations began to notice that a growing number of their members lived on the east side. When the Reconstructionist synagogue Havurah Shalom bought its own building in the 1990s, it made sure to buy in the Pearl District, on the west side but close to the river, so as to be accessible to its burgeoning east side population.

Then, in 2002, several members from a west side synagogue split off and founded Shir Tikvah, a nondenominational synagogue. They rented space from a local church.

“We found out there was an east side Jewish population before the study was done, because we put out a shingle and they started coming out of the woodwork,” said Stone.

A pair of Chabad houses have since opened on the east side as well.

In response to the population study, the federation and several west side synagogues began hosting events on the east side. However, while some initiatives, like the PJ Library — a program that distributes free Jewish-themed children’s books, including Kimmel’s, via local Jewish institutions — have transitioned over successfully, some of the efforts have seemed more successful at bringing west siders to the east than at galvanizing unaffiliated east side locals. And two years after a family foundation helped arrange a $35,000 grant to help support Jewish life on the east side, there’s still money left — waiting to be used, said the federation’s Blattner.

One boon to east side Jewish life came in the form of Nate DeGroot, a rabbinical student at Hebrew College in Boston, who fell in love with the city while working there one summer. Struck by what he saw as a lack of engagement among many younger, east side Jews, DeGroot, with the help of some federation funding, returned the following summer to focus full time on founding and organizing Mikdash as a center for east side Jewish life.

DeGroot focused on identifying and talking to Jews — urging them to connect other passions in their lives to their interest in Judaism. For example, when he found out that east sider Jared Goodman was staging dessert events with multi-course tasting menus of ice cream sundaes, built around various themes, DeGroot worked with him to develop a series of sundae events for the Jewish holidays. He also helped Jo Borkan, along with co-founder Yael Podebski, to develop Havdallah Yoga, and he still talks with the two via Skype every month.

“Nate was so instrumental because he continually repeated back to us, ‘I’m glad to be a support, but you guys know what you’re doing,’” said Borkan.

However, DeGroot has since moved to Israel to pursue his studies for a year, and he will not be ordained for another year after that, leaving Mikdash’s board members to carry the torch in his absence.

And yet his work, and his support from the federation, has also spurred some resentment from some long-time east siders.

“It’s interesting that an outsider is getting [federation funding] while people who live here and have made a commitment to the community are not getting that kind of support,” said Sonia-Marie Leikam, an east side resident, Shir Tikvah board member and co-founder of Leikam Brewing, a kosher-certified community-supported nanobrewery. She stressed that she likes DeGroot personally and thinks he has done valuable work, but she wondered why the federation turned to him, rather than active members of the Jewish community already living on the east side. “It’s more like – ‘Hey guys, we’re right here in your backyard.’”

Despite some tensions, Jewish life is undeniably burgeoning on the east side. Two new Jewish preschools have opened in the past several months. Shir Tikvah, at 165 families, has expanded by 10 percent in the past year and is looking into purchasing a building of its own, though it may take the form of a flexible community space rather than a traditional synagogue structure.

Still, Blattner says it is too early to tell what the future of the east side will be and how well the recent burst of new activities can sustain itself.

“They’re all so brand-new that I’m hoping in five to 10 years not only that they’re there, but that they’re mainstays all over town,” said Blattner. “That would be a blessing. But let’s see.”