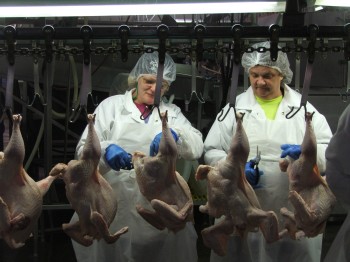 Hain Celestial, one of the country’s largest sellers of natural and organic foods, had owned roughly 20 percent of EK Holdings, Inc., Empire Kosher Poultry’s parent corporation, before announcing on Wednesday that it had purchased the remaining 80 percent.

“Empire expands our Farm to Table product offerings, a growing category that appeals to those seeking ‘the pure foods trend,’ including our core natural and organic consumers,” Irwin Simon, the president and CEO of Hain Celestial, said in a news release. “We plan to expand the product offerings into deli, fresh prepared foods and other grocery categories.”

Simon is the son of a kosher butcher from Nova Scotia.