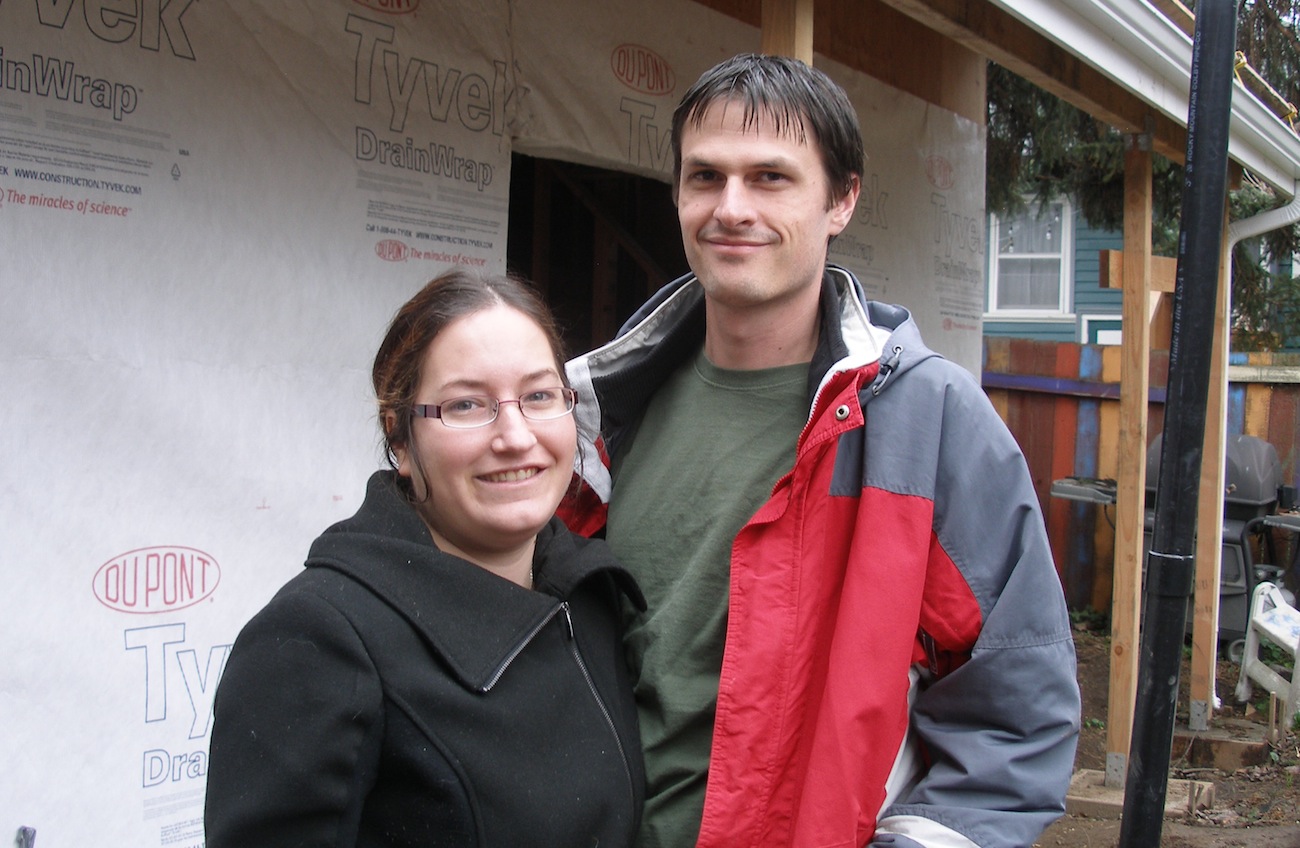 Behind the couple’s tidy Victorian house on a tree-lined street in southeast Portland is a pitched-roof building that vaguely resembles a garage with too small a door. But inside, the gleaming stainless steel tanks, the grain mill and the array of exotic equipment radiate the promise of crisp, freshly brewed beer.

Due to permit delays from the city, none of the equipment has gone into use. So in the meantime, the Leikams are making their beer outside in a modest setup that resembles a home chemistry set, shielded by a pool umbrella.

But when the finished paperwork comes through, hopefully within the next several weeks, the building will become Leikam Brewing, a certified kosher, community-supported nanobrewery.

Nanobreweries, tinier versions of the better-known microbreweries, have become increasingly popular among craft brewers in recent years. Leikam will start by producing only about 300 gallons per month, one-third of which will be distributed to 50 subscribers who purchase shares upfront in exchange for two allotments of beer per month for a year. The rest will be sold in bottles and at bars and restaurants.

Beer does not generally require certification to be considered kosher, but for the Leikams, brewing an explicitly kosher beer is a symbolic proclamation of their values. It’s also a way to put their brewery on the map.

“It’s brought in a lot of people who wouldn’t have heard about the brewery otherwise,” said Theo Leikam, 33, who runs the operation with wife Sonia Marie, 32.

Leikam Brewing will likely be the only kosher, community-supported brewery in the country, according to Bart Watson, chief economist for the Brewers Association.

As with farm-based CSAs, the community-supported brewery model relies on subscribers who purchase shares up front and then receive regular beer allotments in return. Members not only get beer to fill up their growlers, but access to events and, if they choose, spent grains from the brewing process.

Leikam Brewing marries the talents and passions of the couple who started it. The beer itself is the handiwork of Theo, an accountant who has been home brewing for eight years. The kosher certification is the inspiration of Sonia Marie, the former executive director of the Oregon Holocaust Resource Center, who has put her career as an educator on partial hold to help run the brewery.

Beer is a natural fit for Portland, whose renowned beer scene has earned it the nickname Beervana. The city was a driving force behind the growth of microbreweries in the United States and is now home to 58 breweries — more than any other city in the world, according to the Oregon Brewers Guild.

But beer that is certified kosher is much rarer, in part because it is not entirely necessary, according to authorities on kashrut.

“Typical beer, ingredient-wise, is not a problem if you’re talking barley, hops, water and yeast,” said Rabbi Tuvia Berzow, the executive director of Oregon Kosher, the agency overseeing the certification of Leikam Brewing. “The view of most kosher-certifying agencies is that generally speaking, your run-of-the-mill basic beer does not pose huge kosher concerns.”

Still, breweries small and large, from the Shmaltz Brewing Company to MillerCoors, have certified their beer as kosher in recent years. The fact that Theo Leikam is not Jewish also holds one significant benefit in the kashrut process: During Passover, when Sonia Marie is not allowed to own any fermented grains, she will symbolically sell her half of the business to Theo, then buy it back when the holiday is over.

For now, all this remains in the future while the new brewing equipment — Sonia Marie says it “costs more than our minivan” — sits and waits.

“It’s crazy to do this in the backyard,” Theo said. “But you don’t want to look back and be like, ‘Well, I just sat in an office all of my working life when I could have done something that I wanted to do.'”