Rally against anti-Semitism held in Sacramento 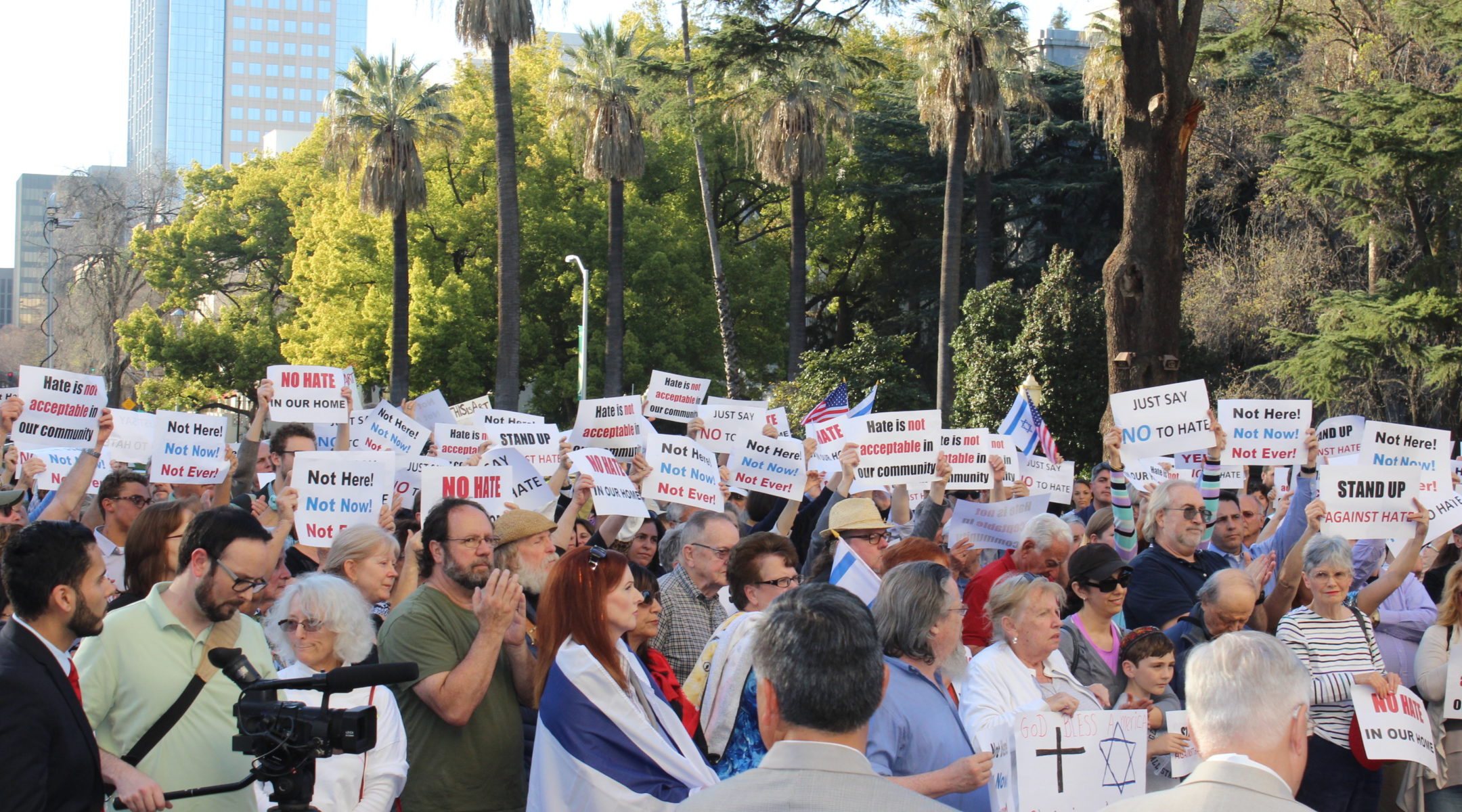 Hundreds gathered in Sacramento on the steps of the California state capitol for a rally against anti-Semitism, March 9, 2015.(Michael Alcalay)
Advertisement

(JTA) — Hundreds gathered in Sacramento on the steps of the California state capitol for a rally against anti-Semitism.

Monday’s rally, organized by the Jewish Federation of the Sacramento region, attracted Jewish community leaders and members, politicians and others, the local television station Fox 40 reported.

The rally followed a recent incident at the nearby University of California, Davis, in which the house for the Jewish fraternity Alpha Epsilon Pi was vandalized with a pair of swastikas, and after a resident of Sacramento’s River Park neighborhood publicly posted American and Israeli flags adorned with swastikas.

The rally came as California State Sen. Richard Pan is proposing a law that would require  anti-discrimination and civil rights training for all student governmental bodies, according to the television station CBSSacramento.