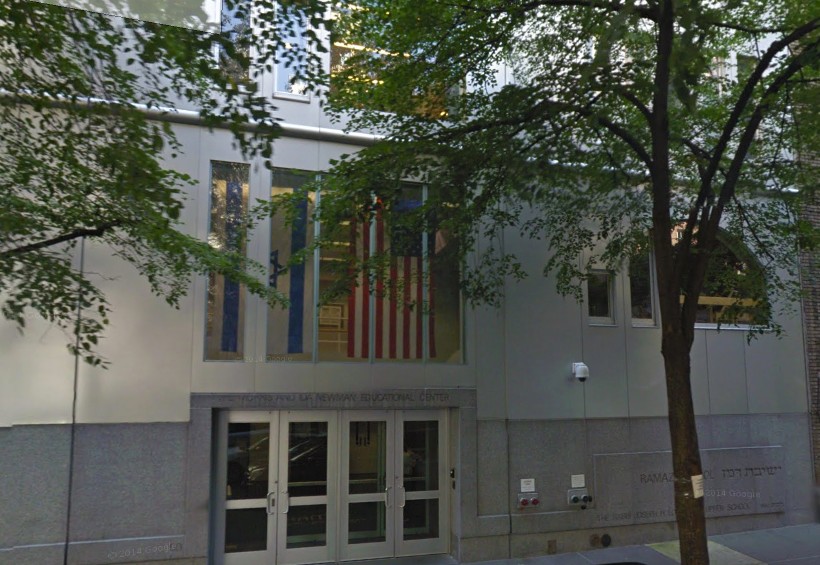 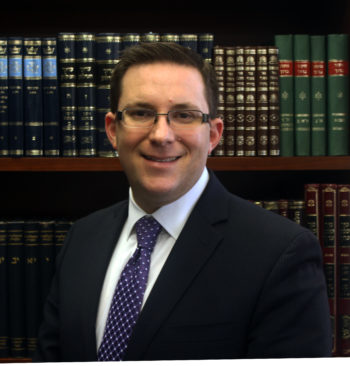 NEW YORK (JTA) – For the second time in just three years, the Ramaz School, an elite modern Orthodox preparatory-style school in Manhattan, is bringing in a new head of school.

The new hire, Rabbi Eric Grossman, 43, hails from Canada and is currently the head of school at the Frankel Jewish Academy in metropolitan Detroit. Grossman will succeed Paul Shaviv, a British native who is wrapping up a three-year stint as transitional head and was the school’s first leader from outside its own ranks.

Ramaz was founded in 1937 by Rabbi Joseph H. Lookstein, the scion of a prominent rabbinic family in New York and leader of Congregation Kehilath Jeshurun, an influential Orthodox shul on the Upper East Side. The school was led by Lookstein family members until about a decade ago, when Rabbi Haskel Lookstein, Joseph’s son, stepped down and Judith Fagin, a headmistress at the middle school, was named to head Ramaz. When Fagin retired in 2012, Shaviv was appointed head of school for a three-year term.

Situated on Manhattan’s tony Upper East Side, Ramaz has about 1,100 students in kindergarten through 12th grade.

Grossman was the Ramaz board’s first choice, and his hire is in keeping with the school’s values and trajectory, said Jacob Doft, chairman of the Ramaz board and CEO of the hedge fund Highline Capital Management.

“Ramaz aspires to have an excellent dual curriculum but at the same time be considered an elite preparatory school like a Dalton or Horace Mann,” Doft told JTA, referring to the school’s secular and Judaic studies offerings. “We’re not trying to reinvent the school. I think Rabbi Grossman’s initial involvement will reflect more of an evolution than a revolution.”

In a Feb. 27 letter to the school community announcing Grossman’s hire after a search process that was launched in the fall, Doft said, “Rabbi Grossman’s appointment represents Ramaz’s commitment to its core values, including menschlichkeit, commitment to Torah, love of Israel, and academic excellence.”

Originally from Toronto, Grossman for the last seven years has led FJA, a Jewish high school of 225 that is nondenominational but committed to Jewish law, or halachah. Ramaz defines itself as Orthodox but is open to students from a variety of Jewish denominations.

Grossman himself grew up Conservative and became Orthodox while studying at Yeshivat Hamivtar, a West Bank religious seminary led by Rabbis Shlomo Riskin and Chaim Brovender. As a youth, Grossman attended Adath Israel Congregational School and then the Community Hebrew Academy of Toronto. After high school he went to Hebrew University in Jerusalem and then transferred to York University in Ontario, where he graduated with a degree in religion. He received his Orthodox rabbinic ordination from Rabbi Daniel Channan in Jerusalem.

Before joining FJA in 2001 as the head of the school’s Bible department, Grossman taught Bible at Gann Academy, a pluralistic Jewish day school in Waltham, Mass.

Grossman, who was not available for an interview, told the Canadian Jewish News that his priorities as head of school have been focusing on students and on the commitments to Zionism, American values and Jewish law – qualities shared by FJA and Ramaz.

Ramaz has faced some challenges in recent years. The school lost slightly over $1 million in the Madoff scheme but recovered about 40 percent of those losses, according to a spokeswoman, and is now considered financially stable. With tuition fees ranging from $32,375 for kindergarten to $38,425 for 12th grade, the school distributed $6.2 million in financial aid this school year, according to Doft.

The student body overall hasn’t really grown over the last couple of decades, constrained by the limits of the school’s space and the high cost of Manhattan real estate, as well as the establishment and growth of competing schools in places like northern New Jersey and the Riverdale section of the Bronx. Still, Ramaz is fully subscribed and draws students from nearly 30 schools.

“There is a changing population in Manhattan and there’s increased competition among all the schools,” Shaviv, Ramaz’s outgoing head of school, told JTA. “The rising housing prices in Manhattan have squeezed out some of the professional and middle classes from Manhattan. That has been a change that many people in Ramaz commented on.”

He also noted some positive changes in recent years, including growth in the school’s Sephardic population.

Ramaz’s academic reputation also remains strong, and many of its graduates go on to Ivy League universities.

During his tenure, Shaviv made some key management and structural changes and tried to steer Ramaz through several controversies. In early 2014, the school found itself in the headlines when it seconded the controversial decision by SAR, a modern Orthodox high school in Riverdale, to allow girls who wished to don tefillin during prayer – something traditionally done exclusively by males. Ramaz also came under fire from some students and alumni in February 2014 when Shaviv rescinded an invitation by a student-run politics club to Columbia University professor Rashid Khalidi, an Arab-American academic with ties to the PLO who has said that Palestinians living under Israeli occupation have a legal right to resistance.

Last September, Haskel Lookstein — who still holds the title of Ramaz principal and is senior rabbi at Kehilath Jeshurun, a pulpit he has held since 1958 — briefly caused a stir when he suggested that Ramaz students think twice about wearing their kipahs in public after a reported attack by a pro-Palestinian mob on a Jewish couple in the neighborhood. The rabbi later changed his mind but failed to convey that to Shaviv, who transmitted Lookstein’s original warning in a letter to the school community.

Shaviv, 65, said he is not retiring but plans to quit working in schools.

“It’s time to have a quieter, less pressured and more independent life,” he said.

Grossman will be moving to New York with his wife, Toronto native Karynne Naftolin, and their sons, Ezra and Max, who will attend Ramaz in the fall.

At the time of Ramaz’s founding in 1937, there were only 15 other Jewish day schools in New York, according to a history on Ramaz’s website. Haskel Lookstein, who turns 83 this month, was one of the school’s first six students. His only son, Rabbi Joshua Lookstein, who also graduated Ramaz and later taught there, is now head of school at Westchester Day School, a modern Orthodox elementary school in suburban New York.

CORRECTION: The original version of this story misstated the scope of loss Ramaz suffered as a result of the Madoff scheme. It was slightly more than $1 million, not $6 million, and some of the money has been recovered. In addition, the article has been changed to make clear that Paul Shaviv never held the title of interim head of school.