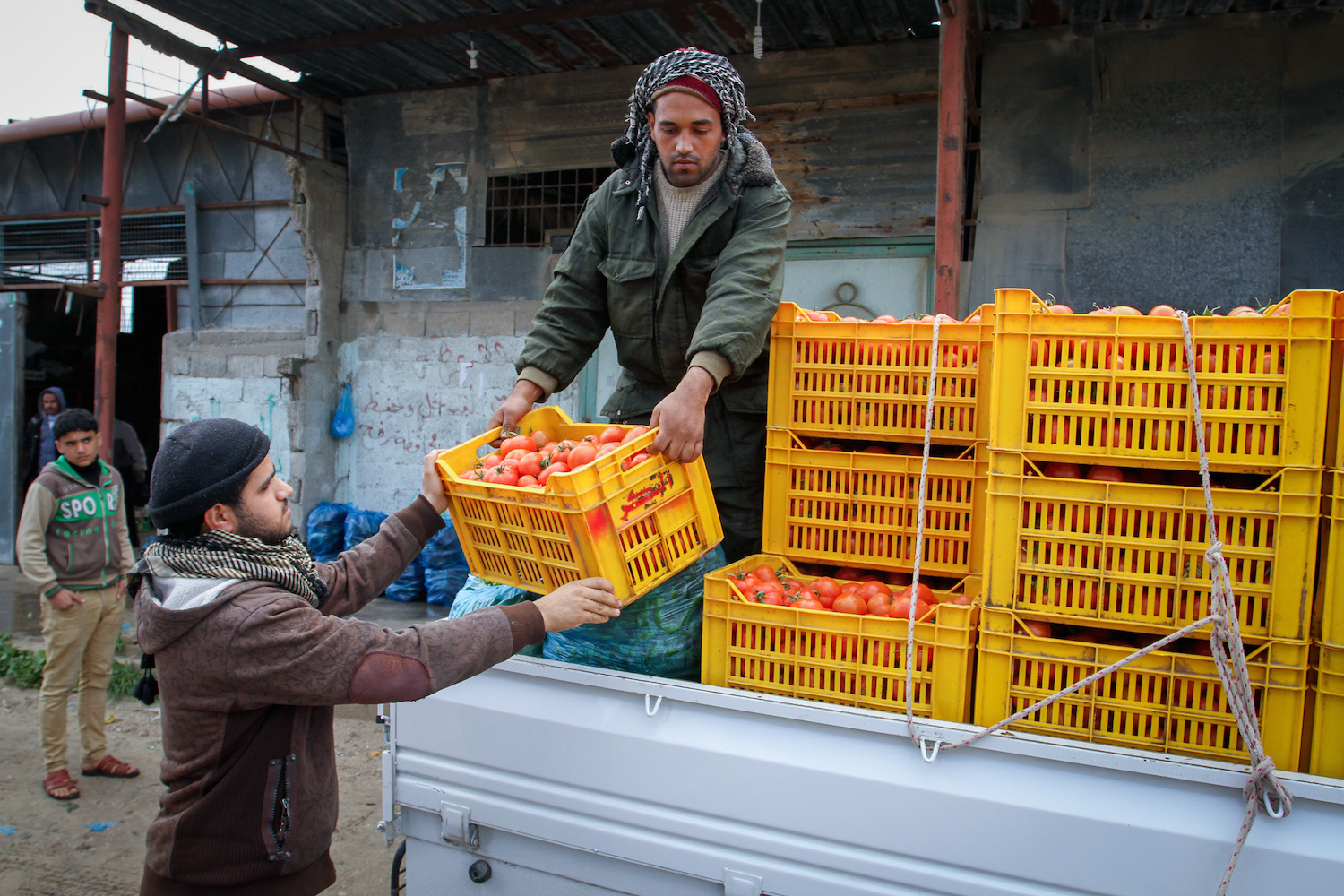 A Palestinian laborer loads tomatoes onto a truck at a farm in Rafah, southern Gaza Strip, March 11, 2015. Israel imported its first fruit and vegetables from the Gaza Strip in almost eight years on Thursday, in a partial easing of an economic blockade maintained since the Islamist group Hamas seized control of the Palestinian territory. (Abed Rahim Khatib/Flash90)
Advertisement

JERUSALEM (JTA) — Israel imported fruits and vegetables from the Gaza Strip for the first time in nearly eight years.

In an apparent easing of the long-term economic blockade, the first truckloads of tomatoes and eggplants crossed the border on Thursday.

Before the Hamas takeover of Gaza eight years ago, Gaza farmers exported produce to Israel on a daily basis. Until Thursday, the only produce that crossed from Gaza to Israel was two truckloads of palm tree shoots used on the Jewish holiday of Sukkot and known as lulavs.

Before June 2007, more than 85 percent of all goods shipped from Gaza were sold in Israel and the West Bank, including produce, furniture and textile products, according to the human rights group Gisha.

The decision to bring in produce from Gaza reportedly stems in part from a deficit of homegrown produce due to the shmitta, or biblical fallow year.

“Top Israeli security officials have said that Gaza’s reconstruction and economic recovery are an Israeli interest and may help bring calm and stability to the region,” Gisha’s executive director, Eitan Diamond, said in a statement. “We hope that the resumption of sales to Israel becomes permanent and is expanded to additional sectors in Gaza, giving its residents a horizon for economic development.”