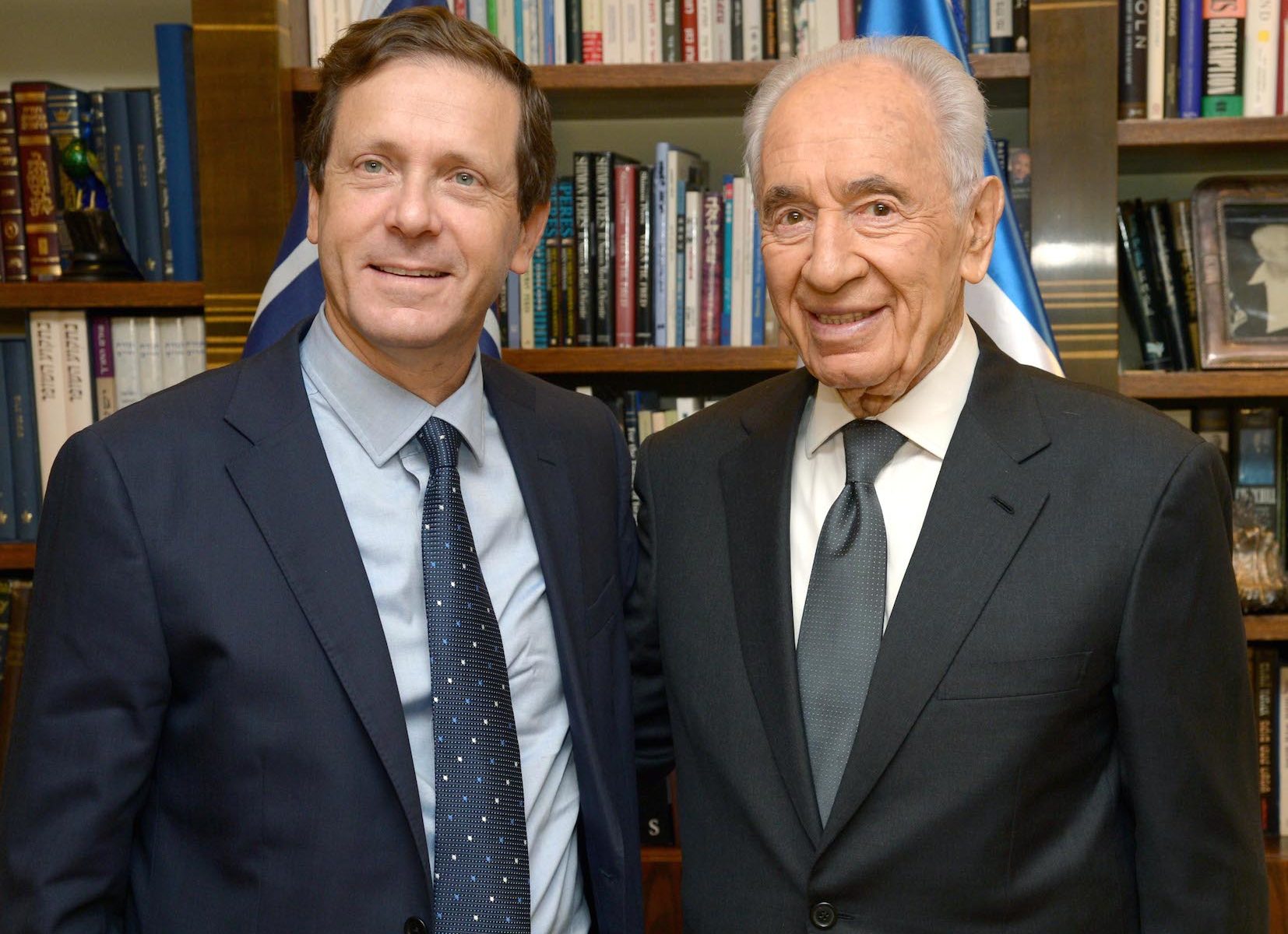 “The Israeli democracy is approaching the day of choice. It is natural that people will have differing opinions and that they will vote according to their conscience,” Peres, who also served as the country’s prime minister, said in a statement issued Thursday. “As for me, I support Issac Herzog to be prime minister.”

Herzog, chairman of the Labor Party, which Peres once headed, teamed on an election list with former Justice Minister Tzipi Livni and her center-left Hatnuah party. The two party leaders would rotate the prime ministership if their union is chosen to form a new government.

The Zionist Union is the front-runner in polling, by three to four seats, ahead of the March 17 national election.

Peres in his statement called Herzog, whose father, Chaim, was Israel’s sixth president, a “level-headed leader who is reliable, and full of responsibility and dedication to the Israeli public.” He did not mention Livni.