Where’s the beef satay? For 700 miles, only at Denver’s East Side Kosher Deli 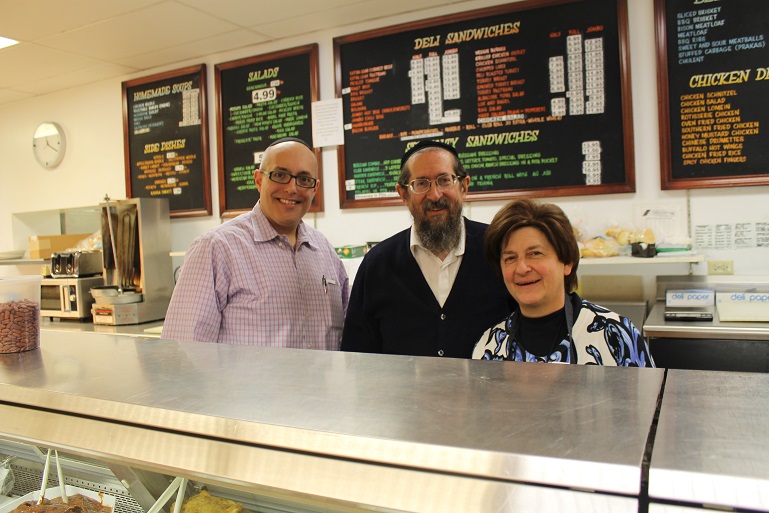 Joshua Horowitz, left, bought the East Side Kosher Deli in February 2015 from Michael and Marcy Schreiber, who had owned it for 17 years. (Uriel Heilman)
Advertisement 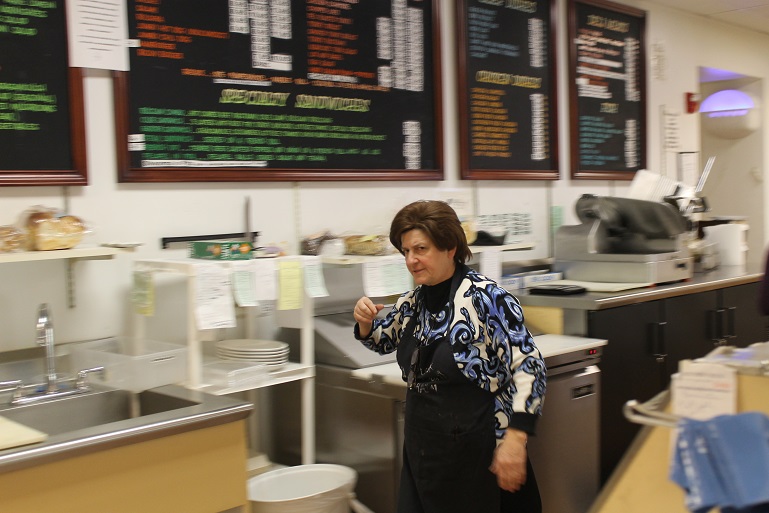 Marcy Schreiber says the East Side Kosher Deli has survived only because it combines a full-service grocery with a sit-down restaurant. (Uriel Heilman)

DENVER (JTA) – Dena Ivgi lives in Jackson Hole, Wyoming, but she does her kosher food shopping 500 miles away, at the East Side Kosher Deli in Denver, Colorado.

That’s because the deli — a Denver institution that’s part restaurant, grocer, butcher, bakery and deli counter — is the closest kosher food purveyor to Ivgi’s home. Usually she puts in a mail order, but she stops in whenever she has the opportunity.

“We’ve been ordering kosher food from here for the last four years,” Ivgi told JTA. “Our car will be going back packed full of food, especially with kosher-for-Passover stuff. The matzah they sell in Jackson Hole isn’t even kosher for Passover.”

All around the mountain states and in Denver, the East Side Kosher Deli in the city’s Cherry Creek neighborhood is a lifeline for kosher consumers, carrying everything from Israeli cheeses to short ribs to sizzling chicken fajitas.

There are other places to get kosher food in Denver — big-box supermarkets carry some kosher products — but none have the deli’s breadth of offerings or are exclusively kosher, and the deli is the only full-service kosher meat restaurant for at least 700 miles in any direction. It’s also a meeting place for Denver Jews, as well as skiers and summer vacationers passing through town.

“We have people come in here and see people they haven’t seen in 20 years,” said longtime owner Marcy Schreiber, who knows practically all her customers by name — not to mention their kids and grandchildren. “We’re like the Jewish community center of Denver.”

Last month, after more than 17 years behind the counter, Schreiber, 64, and her husband, Michael, 67, sold the deli following a two-year search for a buyer. The couple will be moving to Lakewood, N.J., where their kids live, following the well-trod path of many of their Orthodox friends whose children have moved to larger Jewish communities on the East Coast.

“This is the trend in Denver: Parents go move where their children are. We’re just joining the parade,” Schreiber said. “And this deli needs new eyes, a new outlook to take it forward. That’s Shua.”

Joshua Horowitz, left, bought the East Side Kosher Deli in February 2015 from Michael and Marcy Schreiber, who had owned it for 17 years. (Uriel Heilman)

Joshua “Shua” Horowitz, 36, is the buyer. An entrepreneur from New York’s Long Island and a self-described foodie who has owned a grocery store in the Catskills, worked as a line cook and done sales for a meat company, Horowitz has been working at the deli since Christmas learning the ropes. When the school year ends, his wife and four daughters will join him in Denver.

“Michael does things very old school; he doesn’t even have a cellphone,” Horowitz told JTA in an interview on Feb. 26, the day the store officially was sold. “I’ve been learning the business and taking over some operational roles.”

Horowitz has a few changes planned. He wants to overhaul the restaurant menu, which has some 250 items and an apparent fixation on iceberg lettuce, to make it fresher and more seasonal. He plans to bring in Angus beef. But mostly he wants to keep the formula that has kept the deli going for some 25 years.

That means continuing to operate both the grocery and the restaurant, which are separated by tinted glass panels. It also means catering to locals and travelers, as well as customers farther afield.

Traffic at the store ebbs and flows. The week of Martin Luther King Day is one of the deli’s busiest because it’s Yeshiva Week, when yeshiva day school families with kids on school holiday come through town and put in orders for deliveries to the ski resorts. One Passover, Schreiber remembers sending three carloads of food to Vail, a ski town two hours away. For Passover in early April, Schreiber has been taking orders from as far away as Mexico City. 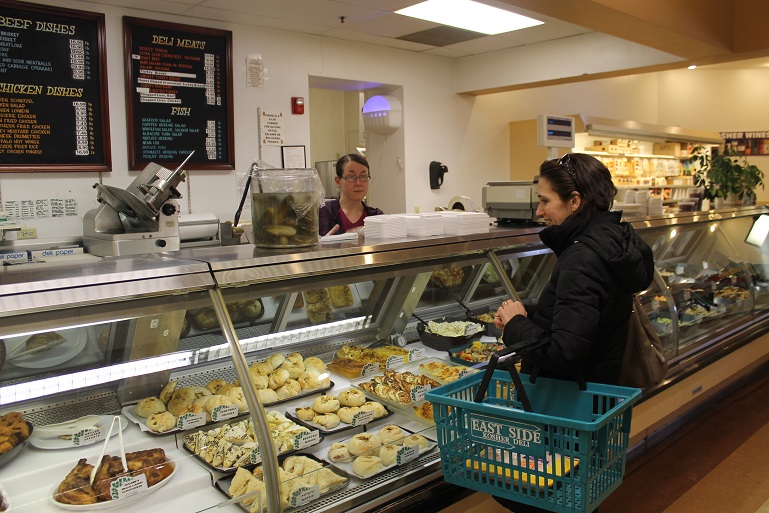 There are four varieties of knishes at the East Side Kosher Deli, a mainstay of Denver’s Jewish community. (Uriel Heilman)

Schreiber says the East Side Kosher Deli has survived even as mainstream supermarkets have expanded their kosher sections only because of its multiple identities — grocery, butcher, bakery and restaurant. The deli has even hosted a wedding or two in an affair space in the back.

“We feel what we have here is a model for small, out-of-town communities,” Schreiber said. “We grind our own hamburger. We cut to order. We are significantly cheaper than the regular supermarkets and we have five times more kosher items than they do.”

Survival hasn’t been easy. The Schreibers regularly put in 80-hour weeks, and it’s been harder to keep customers as supermarkets have beefed up their kosher sections and added incentives like gasoline points.

Nevertheless, they have mixed feelings about leaving Colorado. Marcy’s great-grandparents came to the state in 1897; two of her great-grandfathers had tuberculosis and the mountain air was considered curative. (Starting in 1904, the Jewish Consumptive Relief Society helped treat thousands of TB-stricken patients in Colorado.)

The Schreibers did not grow up religiously observant but became so as they raised their three children. Both worked in Jewish education — he at the Hillel Academy of Denver, she as a synagogue preschool director — before buying the deli.

“It’s bittersweet,” Michael Schreiber said. “My family has been here since 1902. We’re the last of an era.”