Grief-stricken Brooklyn father: My children ‘had faces of angels’ 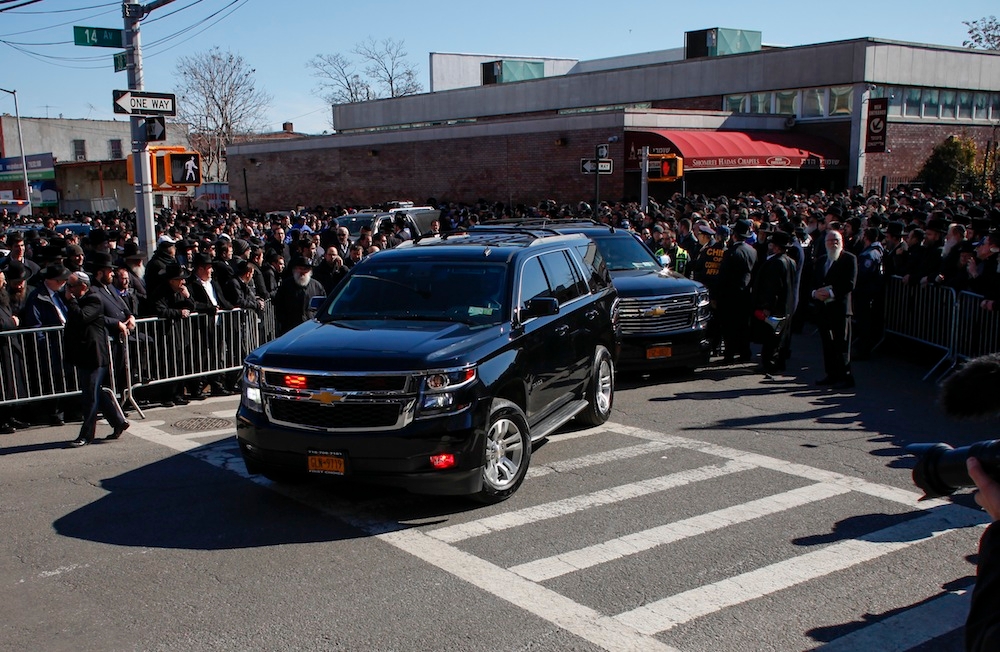 The funeral procession for seven children who died in a house fire departing a funeral home in the Borough Park section of Brooklyn on the way to the airport for burial in Israel, March 22, 2015. (Kena Betancur/Getty Images)
Advertisement

(JTA) — The Brooklyn father who lost seven of his eight children in a home fire called his kids “a sacrifice” to the community.

Gabriel Sassoon sobbed as he tried to recite the names of his late children — saying they were “angels” — during a eulogy Sunday at a Jewish funeral home in the heavily Orthodox Jewish Borough Park section of Brooklyn, the New York Post reported.

“They all had faces of angels. Hashem [God] knows how much I love them,” Sassoon said, according to the Post.

He was out of town at a religious conference when the fire consumed his home shortly after midnight Saturday. Officials have blamed an unattended hot plate warming Shabbat meals as the cause.

His wife, Gayle, and one of his daughters, Tziporah, 15, both escaped the blaze by leaping from the house but are fighting for their lives in the hospital. They are unaware of the seven deaths.

About 1,000 people lined the street outside the Shomrei Hadas funeral home for the service, according to the Post. Inside, an overflowing crowd of mourners wailed for the lost children, who ranged in age from 5 to 16.

The bodies were expected to be flown to Israel for burial in Jerusalem.

“They were a burnt offering,” Sassoon said of his children. “I lost everything in the fire. Seven pure sheep. Those are my seven children.”

Gayle Sassoon reportedly had planned to take the children out of town for the weekend — to her parents’ home in southern New Jersey — but stayed home because of a snowstorm that hit the New York area.