Bartenura, a kosher-for-Passover wine, not just for seders — or Jews 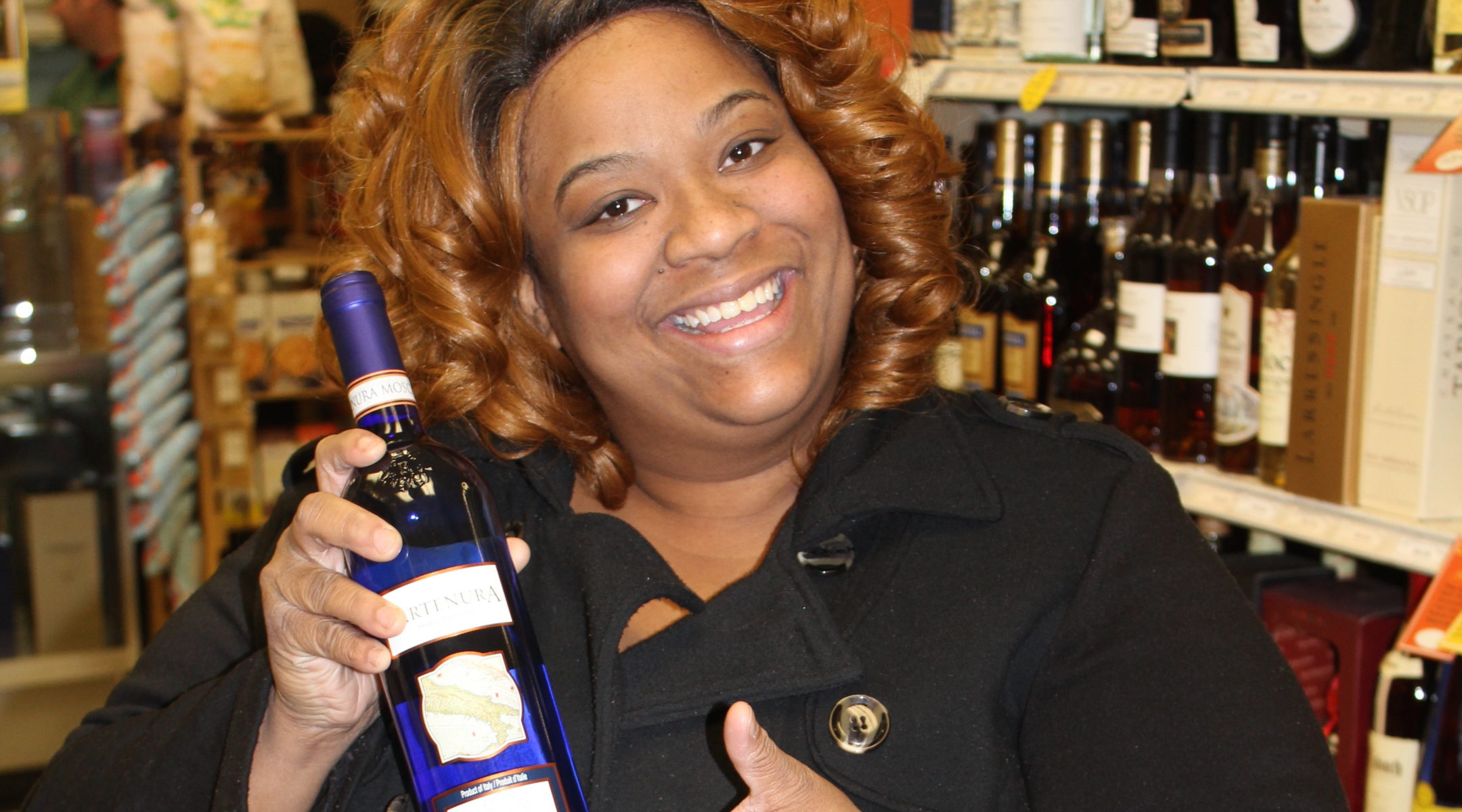 To Baltimore resident Joeann Wallace, selecting a kosher Moscato “is well worth it” for the taste she enjoys. Hillel Kuttler)
Advertisement

BALTIMORE (JTA) – Joeann Wallace sweeps down the right-hand wall of Wells Discount Liquors on a recent weekday afternoon, grabs a bottle of Bartenura Moscato without breaking stride and steams three aisles over to snag a fruity vodka she likes to mix with her wine selection.

Wallace, who works in medical billing, lives near the shop in Towson, Md., and typically each week buys two bottles of the bubbly, semi-sweet white wine — not just for herself, she affirms with a broad smile, but for her mother and other guests to enjoy, too, after dinner.

“This,” she says of the Bartenura, “is perfect.”

Wallace, 33, expresses surprise at learning that the brand is kosher for Passover — or kosher at all — since she is not Jewish and such certifications don’t matter to her.

In that, Wallace typifies an unintended but lucrative market for the wine, which in recent years has caught on in a big way among African-Americans and non-Jewish customers more broadly.

Jay Buchsbaum, executive vice president for marketing at the New Jersey-based Royal Wine Corp., which owns Bartenura, says that the market for his Moscato is “overwhelmingly, more than 50 percent” among non-Jewish customers. As to sales figures, Buchsbaum reveals only that they are “in the millions of bottles a year.”

Indeed, at Wells Discount Liquors, which is five miles from the nearest distinctly Jewish neighborhood, Bartenura appears not in the kosher wine section but is grouped elsewhere with the 22 other Moscato offerings, Bartenura being the only kosher one.

The popularity of Moscato wines in the African-American community apparently derives from hip-hop and rap singers such as Lil’ Kim, Drake and Jay-Z, who worked the beverage into their lyrics and music videos.

In a way, the entertainers are following in esteemed footsteps. In the 1960s and ’70s, singer-actor Sammy Davis Jr., an African American who converted to Judaism, famously endorsed Manischewitz — a brand still a standard-bearer among kosher and kosher-for-Passover wines.

Bartenura Moscato sales took off about six years ago after the “inner-city, hip-hop, millennial crowd started latching onto it,” according to Buchsbaum.

While considered the market leader, Bartenura is hardly the only Moscato that’s kosher or kosher for Passover. Others include Dalton, Gamla, Carmel and Golan (all Israeli); Gabriele, Borgo Reale, Sara Bee and Rashi (all Italian); and Teal Lake (Australian).

Dubbed “the blue bottle” for its distinctive sheen, Bartenura is featured on more than 300 strategically targeted billboards in predominantly non-Jewish sections of New York, New Jersey, California, Pennsylvania, Maryland, Washington, D.C., and parts of the Midwest where “we have a hot concentration of sales,” said Buchsbaum’s colleague, David Levy. 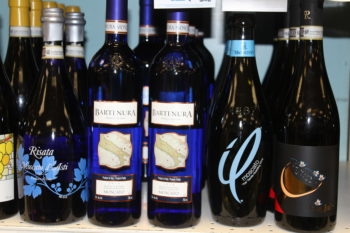 At Wells Discount Liquors in Towson, Md., Bartenura is displayed not in the kosher section but with non-kosher Moscatos. (Hillel Kuttler)

The company first noticed the brand’s mainstreaming about 14 years ago, when retailers serving Jewish and non-Jewish clienteles ordered it year-round, “not just with Passover in mind,” Buchsbaum said. That shift began in the New York City boroughs of Queens and Brooklyn and in parts of nearby New Jersey.

“It took off from there,” he said.

Lee Grandes, Wells’ wine consultant, said Bartenura was “one of the first” in America to take Moscato to greater heights at a time when “traditional producers” were devoting small portions of their vineyards to the grape. With Bartenura’s success, other Moscato growers followed suit.

Previously, what Grandes calls “the fun, light-style wines” consisted mainly of white Zinfandel and wine coolers. Now Bartenura and other Moscatos are taking a “big chunk” out of those sales in his store, he said.

Wells sells about seven cases of Bartenura monthly — 10 during the November and December holiday season. It’s “one of the biggest sellers” in the store, said Grandes, who said he expects increases for Passover, too.

Several miles away, at Miller’s Deli in the largely Jewish suburb of Pikesville, Jeff Karlin expects to sell up to 20 additional cases of the brand in the weeks leading up to Passover.

That’s over and above the six-case weekly average in sales to his mixed Jewish and non-Jewish clientele. The Moscato constitutes “my best-selling wine, by far,” he said, and “flies off the shelves” year-round.

Passover wines differ from regular kosher wines in that the enzymes and yeast used along with any sweeteners or added flavors must be free of chametz, the various ingredients forbidden during Passover. Still, most kosher wines are kosher for Passover, too.

At approximately $14 a bottle, Bartenura typically sells for about $3 more than non-kosher Moscatos, most also produced in northwest Italy’s Piemonte region. Royal Wine banks on customers’ fondness for the brand rather than price considerations alone, Buchsbaum said.

Wallace, the Wells Discount consumer, is one.

Compared to other Moscatos she’s tried that are either slightly bitter or too sweet, Bartenura’s higher price is “worth it,” she said.

“I would rather pay a little more for something I know I’m going to enjoy than be kind of iffy about one I may not like,” Wallace said. “This is the only Moscato I drink.”