From the Archive: When Jewish candy stores battled Upper East Side Nazis 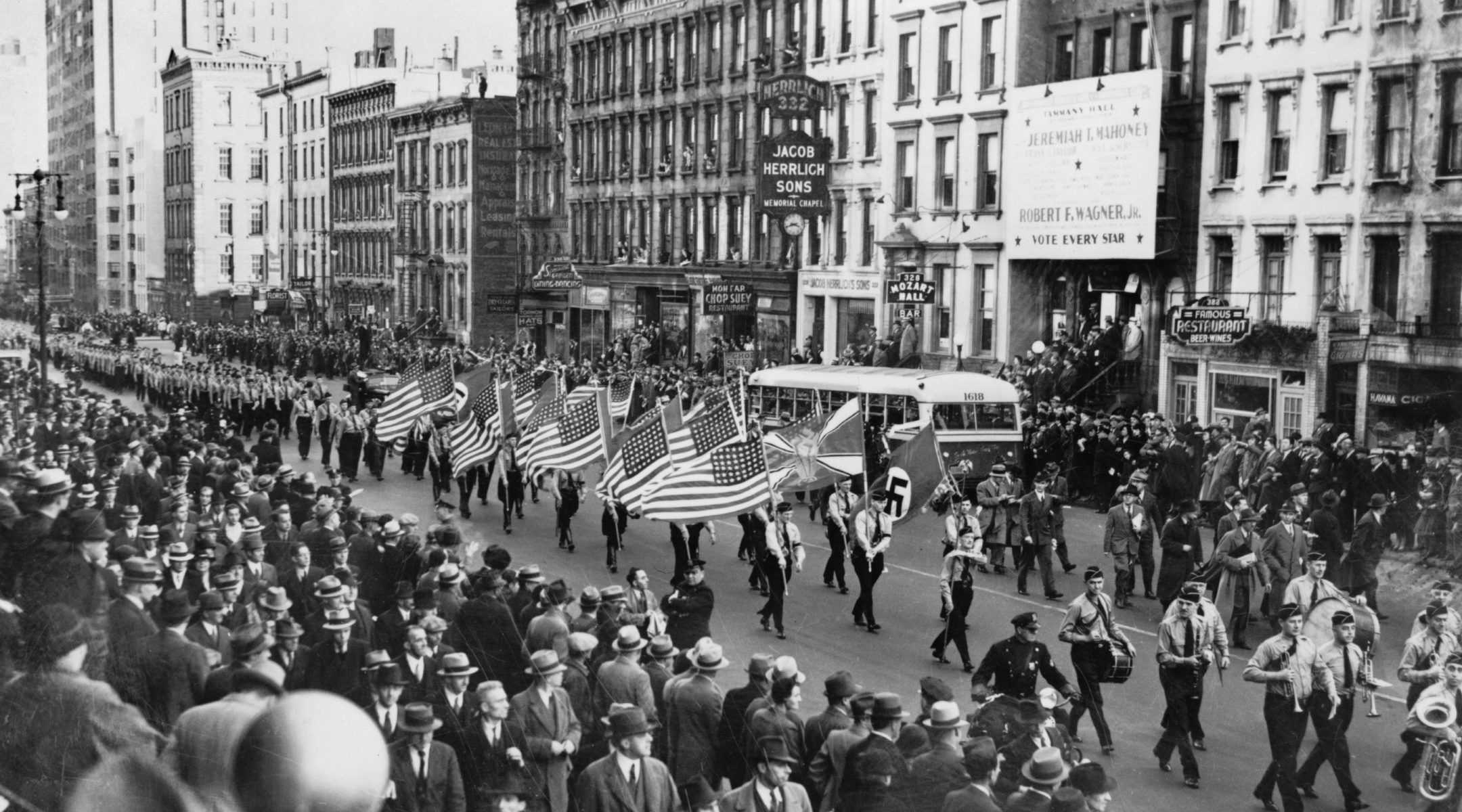 A pro-Nazi parade on Manhattan's Upper East Side in 1939. (Wikimedia Commons)
Advertisement 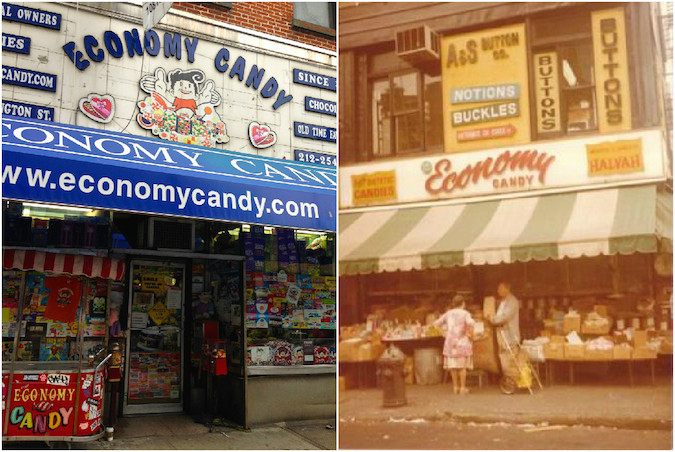 The colorful and old-fashioned candy shop Economy Candy is, as JTA recently reported, one of the last remaining Jewish family-owned businesses on Manhattan’s Lower East Side. But less than 100 years ago, Jewish-owned candy stores dotted not just the Lower East Side, but much of New York and the United States.

In a 1929 article about cigarette price wars (yes, candy stores used to sell real cigarettes, not just candy ones), JTA reported, somewhat incredibly, that a full 80 percent of the nation’s small stationery and candy store “keepers” were Jewish. And a year later, JTA noted that despite the “Jewish exodus from the last few years,” a full 75 percent of the owners of all Lower East Side stores (not just candy stores) were Jewish.

Among the neighborhood’s 10,000 businesses accounted for in an examination by the East Side Chamber of Commerce were 516 “candy and soda” stores – meaning that one out of every 20 shops on the Lower East Side in 1930 were candy stores, mostly Jewish-owned. (The only category larger than “candy and soda” was butcher shops, of which there were 556.)

Despite their business clout and the 4,000 miles separating them from Germany, a number of New York’s Jewish sweets shop owners had bitter experiences with Nazis when they tried to protest Hitler’s rise to power. 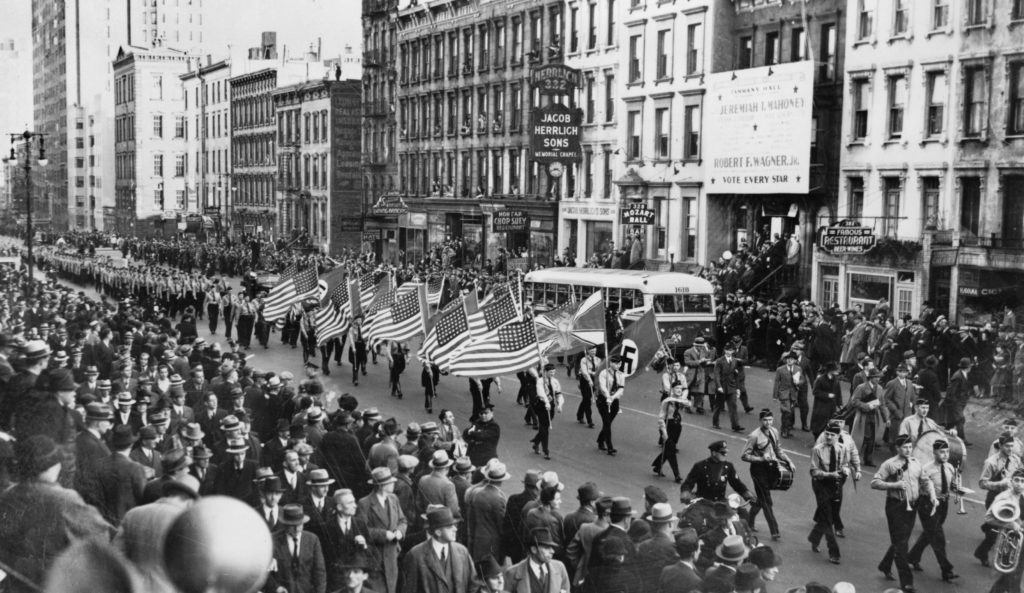 A pro-Nazi parade on Manhattan’s Upper East Side in 1939. (Wikimedia Commons)

In 1934, JTA wrote about the threatening letters that one Jewish candy-store owner received from German-American Nazi sympathizers after announcing he would boycott German confections:

Marking the increasing audacity with which New York Nazis are operating in their efforts to incite race hatred and institute an American conquest of the Jew, Theodore Jasson, economic writer and manager of the Laurencie candy shops, yesterday disclosed that local Nazis have written him threatening letters in reprisal against the display of an anti-Hitler sign before his shops.

“I have received a number of letters from Hitlerite sympathizers recently,” Jasson said yesterday. “Two of them particularly threatened violence and carried scurrilous attacks on the Jews. One week ago I secured the arrest of a man who entered my store to argue with me on my anti-Nazi viewpoint.” Jasson explained that three months ago he had hung signs before his shop announcing, “In the interests of humanity we are boycotting German goods.”

While Jasson’s stores were located throughout New York City, the decision of German Jewish candy-store owners in Yorkville, a then-heavily German neighborhood on the Upper East Side, to boycott German candies also caused “considerable agitation” and “a number of anonymously written letters and personally delivered verbal threats,” JTA noted.

In addition to harassing Jewish candy-store owners, Nazi sympathizers in Yorkville, the article reported, were engaging in numerous pro-Nazi and anti-Jewish activities, such as screening Nazi propaganda films, hosting “Hitlerite lecturers” and even founding a local Hitler Youth chapter:

Attendance at the meetings of the League of Friends of New Germany has continually grown. They meet every Tuesday night at the Turn Halle at Lexington Avenue and Eighty-fifth Street [just six blocks from what, a few years later, would become the site of the 92nd Street Y, one of the country’s most prominent Jewish cultural institutions], where the Jews, Versailles Treaty, anti-German boy-cott, and current issues not to their liking are roundly scored …

… Speakers at these sessions, firm in their convictions that the New York Times is an organ of “International Jewry”, have taken pains to attack that and other liberal newspapers. “Spell the word ‘Times’ in Jewish fashion (backwards),” one ingenious speaker said, “and you will see what it really is. Semit!”