Is U.S.-Israel crisis a speed bump or sign of a long-term conflict? 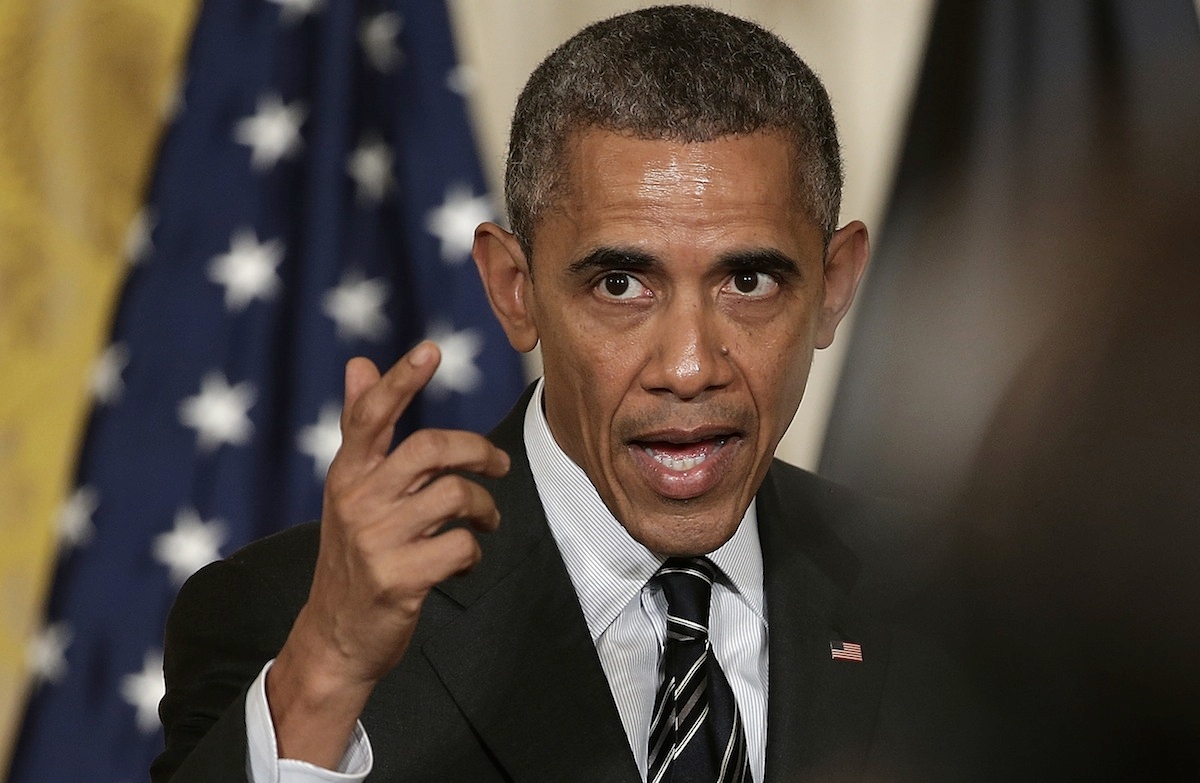 WASHINGTON (JTA) — President Barack Obama’s refusal to accept Israeli Prime Minister Benjamin Netanyahu’s ostensible recommitment to a two-state solution to the Palestinian-Israeli conflict has watchers of the U.S.-Israel relationship wondering if the recent crisis is a mere speed bump or a sign of a deeper shift in ties between the countries.

Netanyahu moved quickly last week to emphasize that his statement on the eve of his reelection that no Palestinian state would be established on his watch did not represent a policy shift away from a two-state solution. But Obama administration officials were unwilling to accept that clarification, a point the president emphasized in a press conference Tuesday when he said that differences with Israel were “substantive” and not easily papered over.

“The central question is whether this is a temporary blip on the radar screen or whether there’s something deeper and more structural going on,” said David Harris, the American Jewish Committee’s executive director. “We have to know the answer to that in order to know whether we can put the U.S.-Israel train back on track, as we all would like.”

Along with other Jewish organizational leaders and pro-Israel lawmakers, Harris has been urging the White House to tone down its rhetoric in recent days, but Obama’s comments on Tuesday – his most detailed on the rift since the Israeli election – suggest the administration is not heeding those warnings.

“I have conveyed to the White House that it’s time to cool it,” Rep. Nita Lowey (D-N.Y.), the top Democrat on the House Appropriations Committee, told JTA. “The U.S.-Israel relationship is based on shared values and an unbreakable bond, not on personalities.”

On Friday, Israel agreed to release tax revenues to the Palestinian Authority, a step several insiders had hoped to see as a goodwill gesture to help repair the rift with Washington. The State Department opposed Netanyahu’s decision in January to suspend the transfers, a response to the Palestinian Authority’s decision to join the International Criminal Court, which in turn opened the door to an examination of whether Israel has committed war crimes against the Palestinians.

Yet with Obama saying that a reevaluation of U.S. policy is in the works, it’s unclear whether such a gesture will be sufficient.

“I’m worried things get worse before they get better,” said David Makovsky, until last year a member of Obama’s Middle East negotiating team and now an analyst at the Washington Institute for Near East Policy.

The crisis comes as another major bone of contention between Washington and Jerusalem, negotiations over Iran’s nuclear program, nears a crucial threshold: the March 31 deadline for a framework agreement between Iran and the major powers.

Netanyahu’s deep skepticism of those talks — particularly his fears of a so-called sunset clause that would limit the duration of restrictions on Iranian nuclear activity — led to his controversial speech before Congress earlier this month, which infuriated the White House.

“If the administration doesn’t engage Israel over some of his concerns, Netanyahu will go the congressional route,” Makovsky said.

It is the Palestinian issue, though, that now has Obama’s attention. In a press conference this week, the president made clear that while security and intelligence cooperation between the countries would not be affected, he isn’t about to let go of Netanyahu’s pre-election rejection of a Palestinian state arising on his watch.

“This can’t be reduced to a matter of somehow let’s all hold hands and sing ‘Kumbaya,” Obama said.

“I am required to evaluate honestly how we manage Israeli-Palestinian relations over the next several years,” the president said. “Because up until this point, the premise has been both under Republican and Democratic administrations that as difficult as it was, as challenging as it was, the possibility of two states living side by side in peace and security could marginalize more extreme elements, bring together folks at the center with some common sense and we could resolve what has been a vexing issue and one that is ultimately a threat to Israel as well. And that possibility seems very dim.”

What the evaluation means precisely is not entirely clear. But the president would not count out a shift in diplomacy in international arenas, including possibly backing recognition of Palestinian statehood at the U.N. Security Council.

That would represent a major policy shift that has pro-Israel lawmakers worried. On Wednesday, Reps. Ed Royce (R-Calif.) and Eliot Engel (D-N.Y.), respectively the top Republican and Democrat on the House Foreign Affairs Committee, wrote to Samantha Power, the U.S. envoy to the United Nations, seeking assurances that the United States would continue to block resolutions critical of Israel.

“Only a solution negotiated directly between the Israelis and Palestinians can result in a lasting peace,” the letter said. “We are seeking an assurance from you that the United States will veto resolutions at the United Nations that are biased and one-sided against Israel.”

In an interview with JTA, Engel said it was critical to get beyond the current crisis.

“We need to move on,” Engel said. “We need to emphasize the many close ties we have with Israel, we need to end recriminations and finger pointing.”

“The U.S. now has to climb off, climb down, tone down and find an opportunity to say something positive,” Foxman said in an interview.

“Boehner’s visit to Israel is going to reframe this issue in partisan terms, when really, there should be a substantive critique of the Iran talks,” Makovsky said.