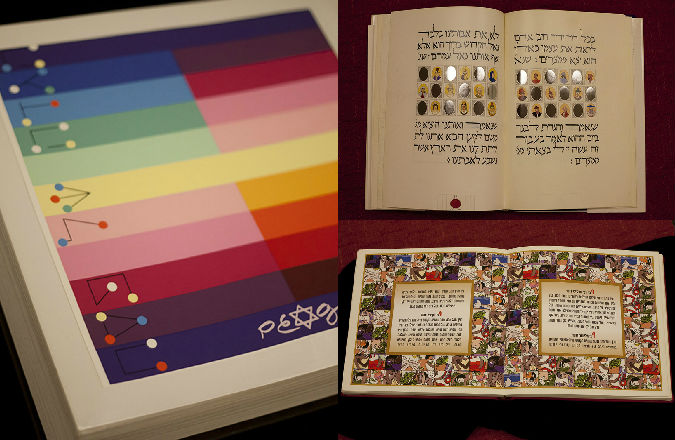 (JTA) — The late Irwin Alterman of West Bloomfield, Mich., spent decades building an extensive and widely varied collection of Haggadahs. He was joined later in that endeavor by his wife, Marilyn McCall Alterman, who recently donated the collection of some 1,800 Haggadahs to the University of Michigan’s Jean and Samuel Frankel Center for Judaic Studies.

And then there’s the pocket Haggadah.

“It’s a travel Haggadah,” the director of the Frankel Center, Deborah Dash Moore, told JTA. “When I say tiny, it’s the size of a postage stamp.”

The collection includes Haggadahs written in Yiddish, Ladino, German, French and English. There is even one from the Persian Jewish community.

“That is not that kind of thing that’s going to continue to be produced, so it’s exciting and important to share,” Moore said of the Persian Haggadah, which she looks forward to displaying as part of a planned campus exhibition featuring works from the Alterman collection.

The Haggadahs arrived at the University of Michigan library in December. Some of them “will go into special collections because they’re too valuable to sit on the shelves,” Moore said, though she hopes many will be accessible on the shelves at the university library.

McCall Alterman, in a statement, said her husband, who died in 2013, “appreciated the Haggadahs on many different levels. He liked them intellectually, religiously, artistically, and philosophically.”

She added, “I think that he would hope that people would see that there are ways to not just tell the story, but to appreciate the way the story was told.”