These 5 new Haggadahs are keepers 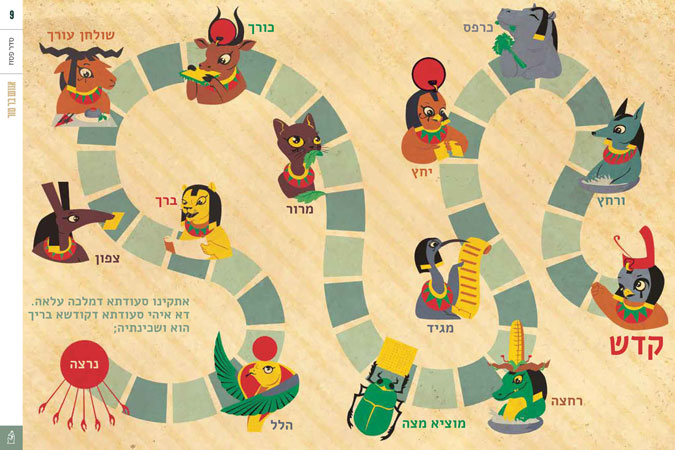 (JTA) — Every year, a sea of a new Haggadahs vies for our attention, money and a seat at our seder table. In the hopes of helping you sort through this year’s crop, here are five of this year’s most compelling new entries.

The Israeli art and design collective Asufa mostly works on slickly designed consumer gadgets, like Spredo, a tool for evenly salting and buttering your corn on the cob. But Asufa has also produced a new Haggadah for the last three Passovers. Available for the first time this year through a U.S. distributor, the 2015 installment comprises the work of more than 40 artists, each contributing a two-page spread. Clashing visual styles mimic the riot of voices and generations reflected in the text, which itself is part of the art in its placement, shape and style of font. One spread is dominated by a Candy Land-esque board game festooned with cartoonish Egyptian deities acting out the seder. In another spread, the lyrics to “Echad Mi Yodea?” (“Who Knows One?”) are an intricate arrangement of white words and letters twinkling like stars across a black background. The Asufa Haggadah is a stunning mishmash of artistic sensibilities, each spread a feast for the eyes. But Anglophones beware: The classic Hebrew text does not include an English translation. 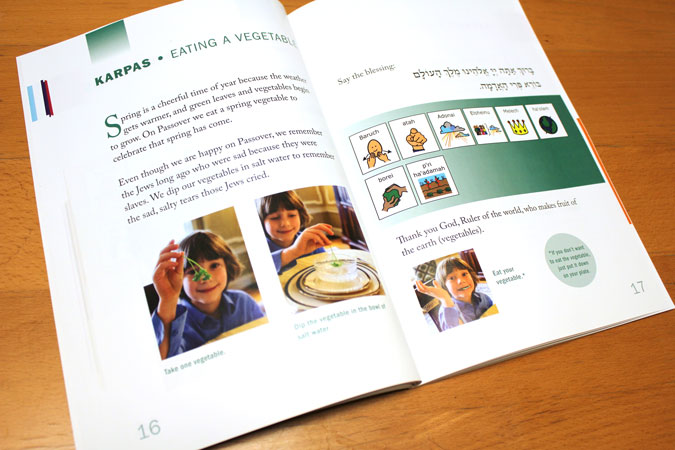 Inside the special needs inclusive “The Gateways Haggadah” (Behrman House)

“The Gateways Haggadah: A Seder for the Whole Family”
By Rebecca Redner
Behrman House, $9.95

From the Boston-area Jewish special education agency Gateways comes “The Gateways Haggadah,” which is designed to make the seder experience more accessible for and inclusive of members of the Jewish community with special educational needs. The Haggadah features a “translation” of key passages and instructions into a symbolic communication system developed by the special-needs technology producer Mayer-Johnson. These colorful little ideograms can be arranged in sequence to represent almost any text. There is insightful material here for seder participants of any experience level, whatever their needs. For example, “The Gateways Haggadah” joins the venerable tradition of putting a unique spin on the Four Children of the Passover story by depicting them as four children with differing emotional and cognitive needs. It is not hard to imagine “The Gateways Haggadah” quickly becoming indispensable in Jewish families, day schools and synagogue religious schools in search of greater inclusion of children with educational needs. 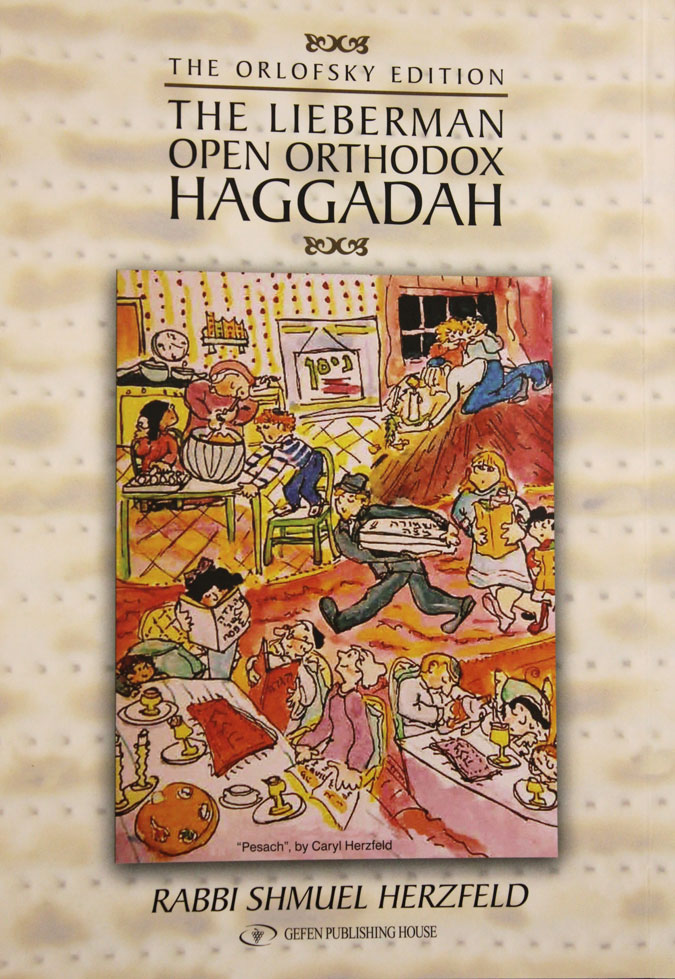 This entry is the first Haggadah under the banner of Open Orthodoxy. (Gefen)

“The Lieberman Open Orthodox Haggadah” is the first liturgical work produced under the banner of Open Orthodoxy, a movement within modern Orthodoxy toward greater social and intellectual openness, inclusion and liberalism. The text includes discussions on topics like the importance of placing more maharats — women ordained as all-but-rabbis by Open Orthodoxy’s Yeshivat Maharat — in synagogues and calls to free agunot, “chained women” whose husbands refuse to grant them a Jewish divorce decree, or get. There is meaty commentary from leading Open Orthodox figures on everything from disabilities inclusion to fertility challenges. The paperback version — its aesthetic aspirations modest — harkens back to the ideology-asserting, Movement-with-a-capital-M liturgies of the early and mid-20th century, especially Reform works like Gates of Prayer and the New Union Haggadah, which took the opportunity to lay out a distinct vision for Jewish life. “Open Orthodox Haggadah” author Rabbi Shmuel Herzfeld of Ohev Sholom-The National Synagogue in Washington, D.C., was mentored by Rabbi Avi Weiss, who is credited with coining the term Open Orthodoxy. In the introduction, Herzfeld writes, “With Centrist Orthodoxy moving right and Conservative Judaism moving left … the seas are parting. In between is Open Orthodoxy, which must continue to carve out its own agenda.” 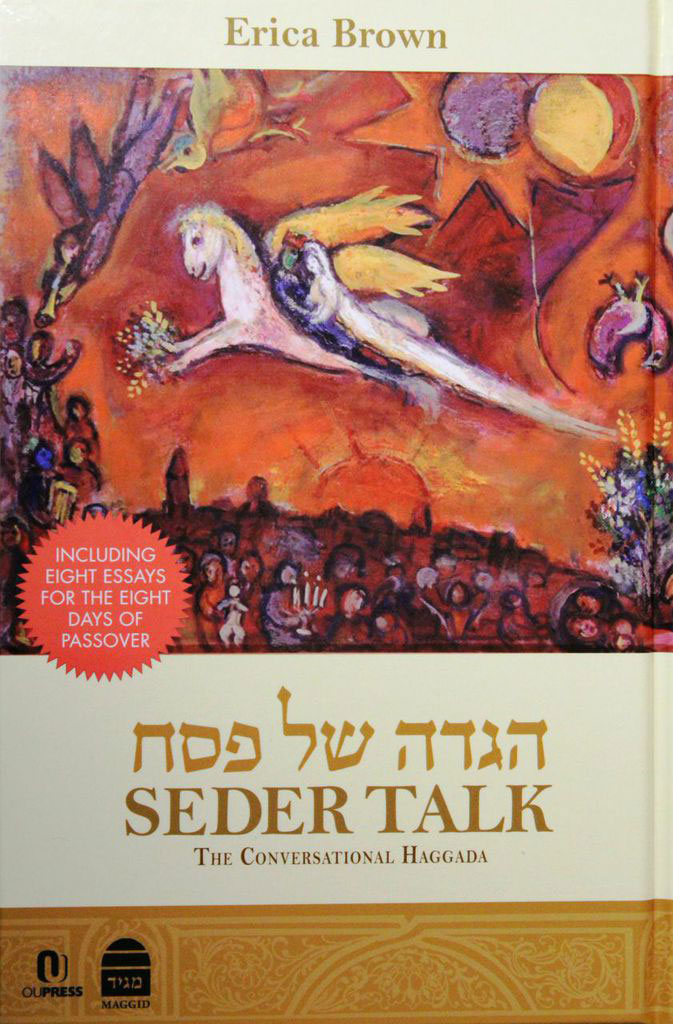 It’s all about conversation in “Seder Talk.” (Koren)

Open Erica Brown’s “Seder Talk: The Conversational Haggada” from the right and you have a Haggadah; from the left, a book of essays. The Haggadah side is peppered with conversational jumping-off points and commentaries from an eclectic array of sources, from the poet Yehuda Amichai to the classic young adult writer Madeline L’Engle to the Talmud. It’s easy to see what Brown, a writer and educator, means by “Conversational Haggada.” After some of Brown’s commentary on the symbolism of matzah, she asks, “What emotions beside hunger drive you to eat?” The essay side includes eight pieces — one for each day of Passover. The first, “DAY ONE: All Who Are Hungry,” is the perfect reading material for the seder leader, a review of the Jewish cultural importance of hosting others in one’s home. Another essay dives deep into the little-known character of Moses’ wife, Tzipporah. Unfortunately, one is left wishing this were two separate books. The Haggadah is rendered too heavy for use around the seder table by having the eight essays, wonderful in their own right, fused to its back. 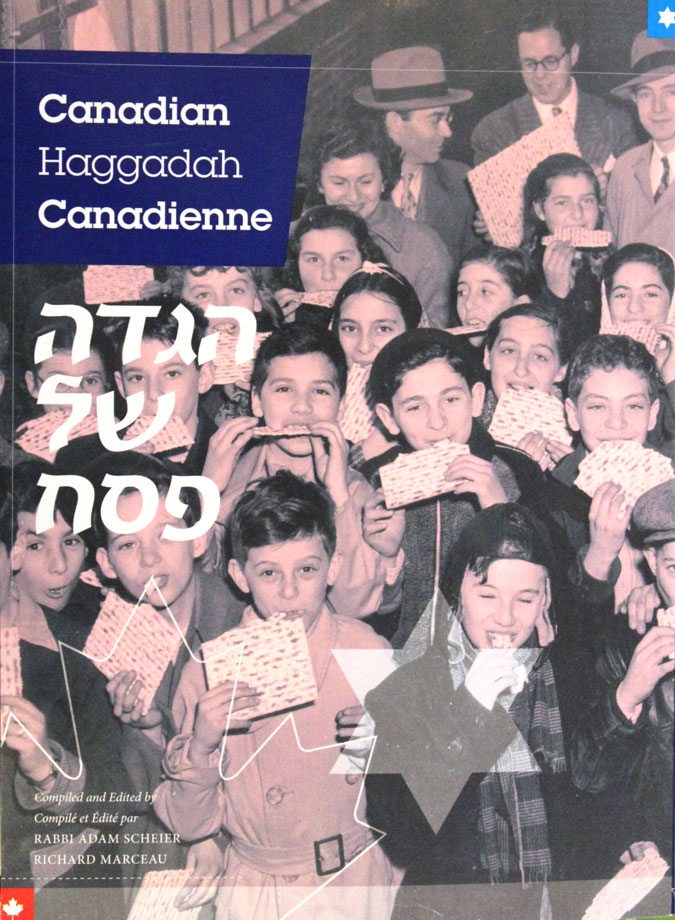 En quoi cette soirée se distingue-t-elle des autres soirs? Or, for the non-Francophones among us, Why is this night different from all other nights? On this night, perhaps, you’re using the first Canadian Haggadah! Of course, Haggadahs have been produced before in Canada. After all, as this one tells us, Canadian Jewry is “the fourth largest Jewish community in the world.” But the “Canadian Haggadah Canadienne” is the first to focus on the history and culture of Canadian Jews. Compiled and edited by Rabbi Adam Scheier of Congregation Shaar Hashomayim in Montreal and Richard Marceau, a former member of the Canadian House of Commons, the “Canadian Haggadah Canadienne” is trilingual — Hebrew, French, English — top to bottom. There is also a complete transliteration of the Hebrew text that will be intelligible to both Anglophones and Francophones. This Haggadah combines an impressive array of archival photos documenting Canadian Jewish history, with an accessible modern commentary by the rabbinic lights of contemporary Canada. The slim, slickly produced volume is an engrossing and informative entry in a long tradition of Haggadahs that tell the story of one particular Jewish community alongside the story of Passover.