Will Netanyahu join partners’ push for the poor? 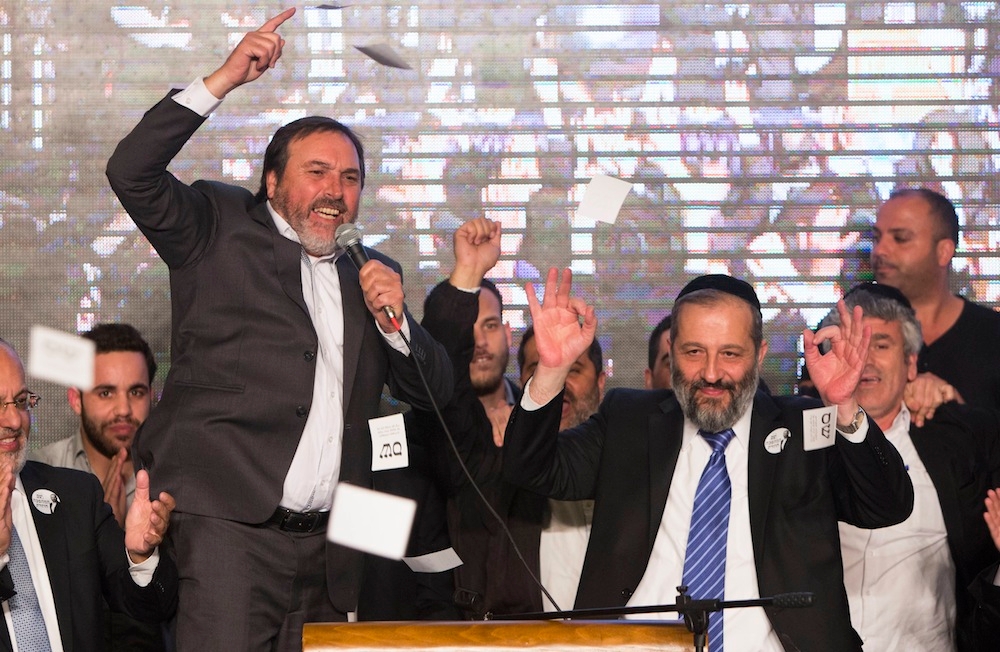 TEL AVIV (JTA) – Prime Minister Benjamin Netanyahu of Israel got his wish in last week’s elections: a larger and more stable right-wing government marching in lockstep on security and diplomacy.

But while the coming coalition may be more unified when it comes to the conflict with the Palestinians, it is likely to be split on another question: how to spend taxpayer money.

Two of Netanyahu’s incoming coalition partners – the centrist Kulanu and the haredi Orthodox Shas parties – ran campaigns aimed at refocusing Israel’s economic priorities below the poverty line. Under Netanyahu, Israel has shed much of its historic socialist character to emerge as one of the developed world’s most economically unequal countries.

“In the Republican terms of the U.S., Netanyahu is more Republican than the Republicans,” said Hebrew University public policy professor Momi Dahan. “He’s against taxes and subsidies. Shas, I can imagine that will be its demand – to raise subsidies. And the flip side will be raising taxes.”

Security is a perennial concern of Israeli voters, but Netanyahu’s last two coalitions collapsed partly due to budgetary conflicts. In 2012, the prime minister called elections after struggling to gain support for an austerity budget. Two years later he went to the polls again after clashing with then-Finance Minister Yair Lapid over the defense budget and Lapid’s controversial proposal to cut the sales tax on new apartments for certain young couples.

Netanyahu could have an even harder time accommodating his poverty-minded partners this time around. 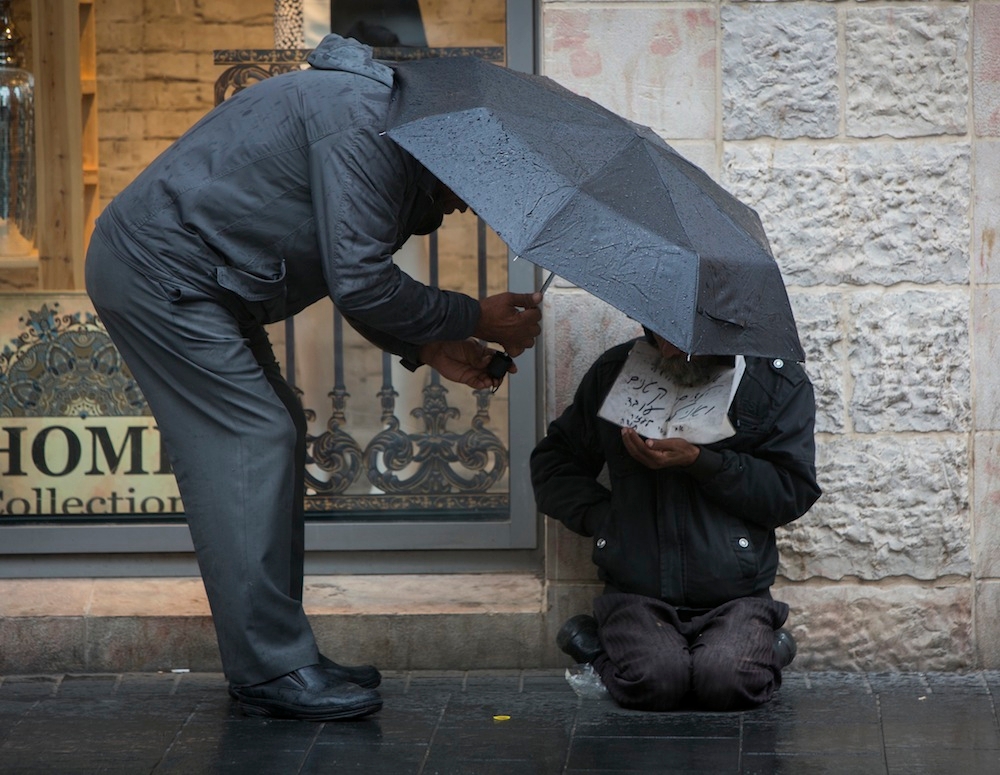 A homeless man in Jerusalem. Under Prime Minister Benjamin Netanyahu, Israel has emerged as one of the developed world’s most economically unequal countries. (Yonatan Sindel/Flash90)

Shas based its campaign this year on caring for “transparent” poor Israelis. Netanyahu and Lapid, Shas claimed, had forsaken the poor in 2013 with cuts to subsidies for children and religious students, and with a sales tax hike. The party’s economic platform called for raising taxes on the rich, increasing the minimum wage and providing more funding for public housing.

“In the past decade, Likud looked for new partners,” Shas chairman Aryeh Deri said in a campaign ad earlier this month. “Friends, what are you doing with these people, who know to care only for the rich?”

That message was a theme as well for Kulanu, the new party led by Moshe Kahlon, a former Likud minister who broke away in 2014, claiming Likud had lost its populist ethos and did too little to help the poor. During the campaign, Kulanu also accused Netanyahu of neglecting low-income Israelis and ignoring Israel’s ballooning housing prices.

In 2009, as communications minister under Netanyahu, Kahlon lowered cellphone prices by increasing competition in the market. He has promised to apply the same model to Israel’s housing sector, selling off state land and streamlining the housing bureaucracy under a single authority.

“How does the public not see that they’re tricking it in front of its eyes?” Kahlon asked in a February speech. “They’re pulling it left, right, left, right, and meanwhile the cost of living is rising and the dream of an apartment is getting further and further away from young couples.”

Unlike Shas, which wants higher taxes and more direct government payments to lower-income Israelis, Kahlon is a believer in market-based solutions to the housing crisis – a fact analysts say will make it easier for he and Netanyahu to chart a path forward. Netanyahu, after all, backed Kahlon’s mobile phone reform.

“I think they understand each other,” said Noam Gruber, a senior fellow at the Taub Center for social policy. “They have the same capitalist outlook, but Kahlon is more social capitalism and Netanyahu is more American capitalism. I don’t think it’s a recipe for a crisis.”

Shas’ demands may be harder for Netanyahu to stomach. The prime minister’s economic record is filled with policy reforms aimed at privatizing public companies, trimming the budget and scaling back Israel’s once robust social safety net. In the midst of an economic crisis in 2003, Netanyahu reduced child allowances and welfare subsidies, cut income and corporate tax rates, and sold off stock in major industries.

Such policies helped maintain Israel’s economic growth rate during the worldwide economic slowdown in 2009 and kept unemployment below 6 percent going into 2015. But Israeli wealth inequality is now on par with the United States and nearly a quarter of Israeli families live below the poverty line – numbers that rank among the worst in the developed world.

Despite all that, however, Dahan says the demands of the haredi politicians may soften if it leads them to regain control of Israel’s religious services.

“In the short term, they’re a pretty comfortable partner,” Dahan said of the haredi parties. “If Netanyahu gives them sectoral privileges, he can buy them. They’ll get in line with whatever the government chooses.”