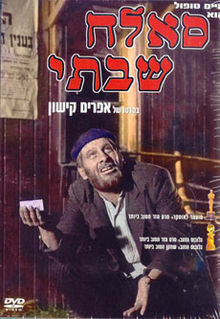 JERUSALEM (JTA) — The Israeli actor Chaim Topol, best known as Tevye the milkman in “Fiddler on the Roof,” will be awarded the Israel Prize for lifetime achievement.

Esther Herlitz, 93, a former diplomat and Knesset member, as well as the founder of the Center for Volunteer Services, Israel’s umbrella organization for voluntary services, also will receive a lifetime achievement award when the Israel Prize laureates are officially presented next month on Israel Independence Day.

The awards were announced Monday by the Education Ministry.

In addition to his role as Tevye, Topol, 79, is known for his breakout role as the lead character in the 1964 film “Sallah Shabati,” about the difficulties faced by a Mizrahi immigrant family in Israel. The Ephraim Kishon film was Israel’s first Academy Award nominee in the foreign language film category.

Herlitz served as Israel’s ambassador to Denmark and in several missions to the United Nations.