No longer newcomers, Israelis in Europe get organized 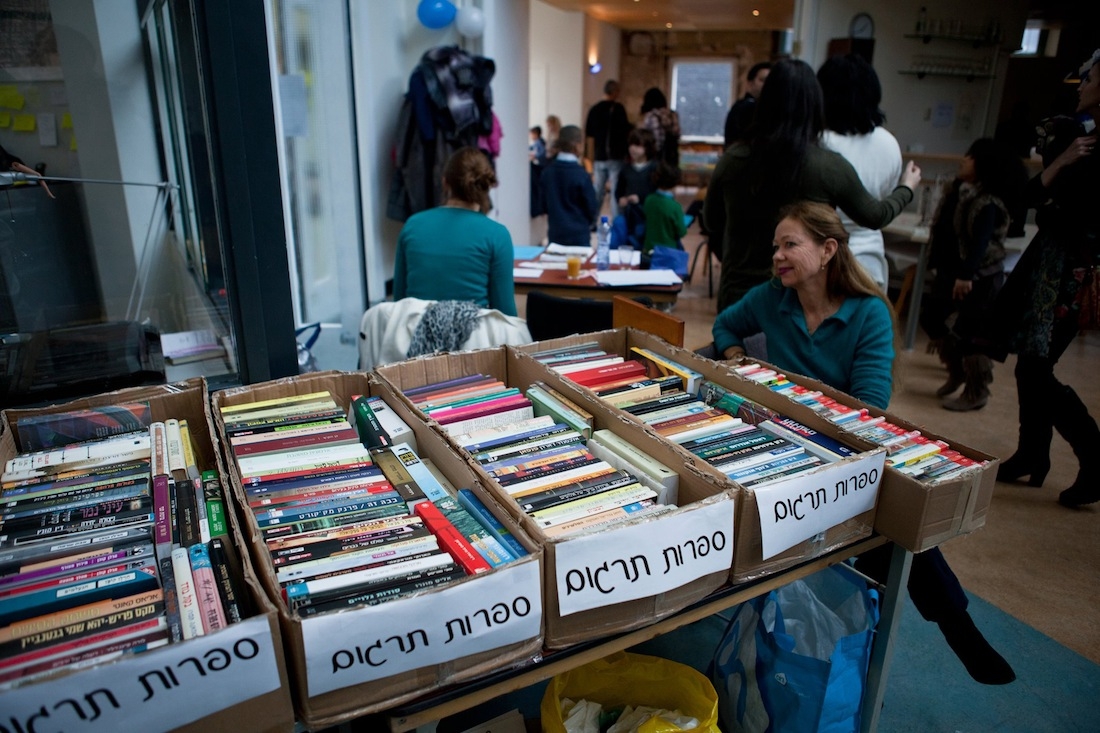 A Hebrew-language book fair for Israelis in the Netherlands.(Courtesy of Tsavta)
Advertisement

(JTA) — Whenever he would fly from his native Israel back home to the Netherlands, Serge Lypcyz would bring a heavy load of Hebrew-language books with him.

Lypcyz and his Israeli friends in Amsterdam depended on such shipments — not only for reading material in their native language, but also to feel connected to their country of birth.

“Unlike Dutch Jews, we old-generation Israelis hardly go to synagogue here,” said Lypcyz, who moved to Holland in the 1990s. “We didn’t grow up together in a youth movement. We all met here by chance, so we need the books to be our social glue.”

Fortunately for Lypcyz, those days are long gone. Today he can look on Facebook to swap books at Shookbook, a Hebrew-language book fair started in 2003. He can enjoy Hebrew films – and buy their DVD versions – at Amsterdam’s FilmIsrael festival, which began in 2008. And since September, he can get his news from the Hebrew website Dutchtown.nl, which was launched by Mokum Ivri, a Dutch nonprofit that caters to local Israelis that was founded in 2011.

In the past six months alone, Israeli activists in Europe have launched AGIV, a Britain-based lobbying and advocacy group; Good Deeds Day, an Israeli charitable initiative in Holland; and a London conference that was the first of its kind: the Global Israeli Leadership Summit, which in March brought together Israeli activists from around the world.

The initiatives joined several others launched in recent years to help build community among Israelis in Europe. The Israeli Salon social club started in England in 2011. Germany’s first Hebrew-language publication aimed at Israelis, Spitz Magazine, started in 2010. And in 2011, Dutch Israelis launched a Hebrew scouts movement — modeled on the popular Tzofim movement in Israel — that became hugely popular among Israeli parents.

“They came [to Europe] when they were young, had kids and worked to build their careers,” said Israel Pupko, the founder of Mishelanu, an Israel-based nonprofit that aims to engage Israeli expatriate communities. “They didn’t have time for community work. Now the kids are grown up, many have achieved financial success. So they have more time to develop the trappings of a community.” 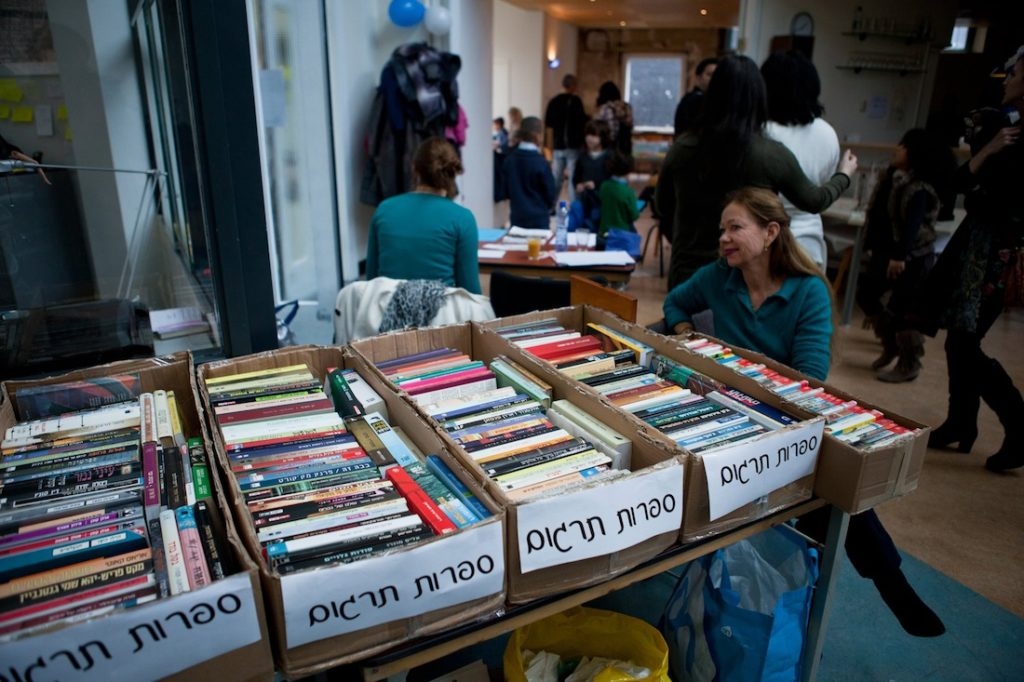 A Hebrew-language book fair for Israelis in the Netherlands.(Courtesy of Tsavta)

When it comes to community building, Israelis in Europe still lag behind their counterparts in North America, Pupko said. In the United States, which U.S. Census figures report is home to 100,000 Americans born in Israel, the Israeli American Council has raised millions since its establishment in 2007 as a national umbrella group.

The council, which aims to integrate Israelis into the wider American Jewish community, now has offices in New York, New Jersey, Los Angeles, Miami, Boston and Nevada. In November, the council drew 750 participants from 23 states to its first national conference.

Mishelanu, which was founded in 2011, and the Israeli Jewish Congress are among several groups founded in recent years to help communities in Europe and beyond follow the North American example. And European Jewish communities have a vested interest in making that happen, according to Anat Koren, the London-based publisher of the Hebrew-language newspaper Alondon and the founder of AGIV.

“The Jewish community here in Britain, which numbers 250,000, is declining because of assimilation and emigration,” said Koren, who also serves as liaison between the Israeli community and the umbrella Board of Deputies of British Jews. “Meanwhile, the Israeli contingent is increasing or remaining stable. To British Jews, Israelis are a reserve of quality members to replenish the ranks.”

Edwin Shuker, vice-chair of the board’s international division, confirmed that declining numbers are an incentive for building bridges between Israelis and British Jews, but he emphasized that solidarity and shared heritage is driving the process.

Israelis in Europe were the subject of some controversy last year after an expat in Berlin noted online that a dairy product similar to a popular Israeli dessert was selling in Germany for a fraction of the Israeli cost. The issue drew attention to the large numbers of Israelis living abroad — a sensitive issue in a country built on the ingathering of exiles to the Jewish state.

But Koren said the Berlin episode is not really representative of the reality of Israeli expats elsewhere in Europe.

“The Berlin community is a unique case in many aspects,” she said, noting that the German capital is among Europe’s cheapest cities. “No one comes to London, which is more expensive than Israel, to reduce their cost of living.”

In Amsterdam, where Israelis constitute 24 percent of the country’s Jewish population, according to community estimates, the local Jewish charity JMW established a small Israeli department, Tsavta, that organizes activities with an annual budget of approximately $25,000. Last month, the group for the first time brought dozens of Israelis to volunteer at a Jewish old-age home.

“Israeli communities will never blend into the existing Jewish communities because the cultural differences are too deep,” said Tzippy Harmsen-Seffy, who runs Tsavta. “But due to circumstances, these two communities are engaging each other more closely than ever before.”