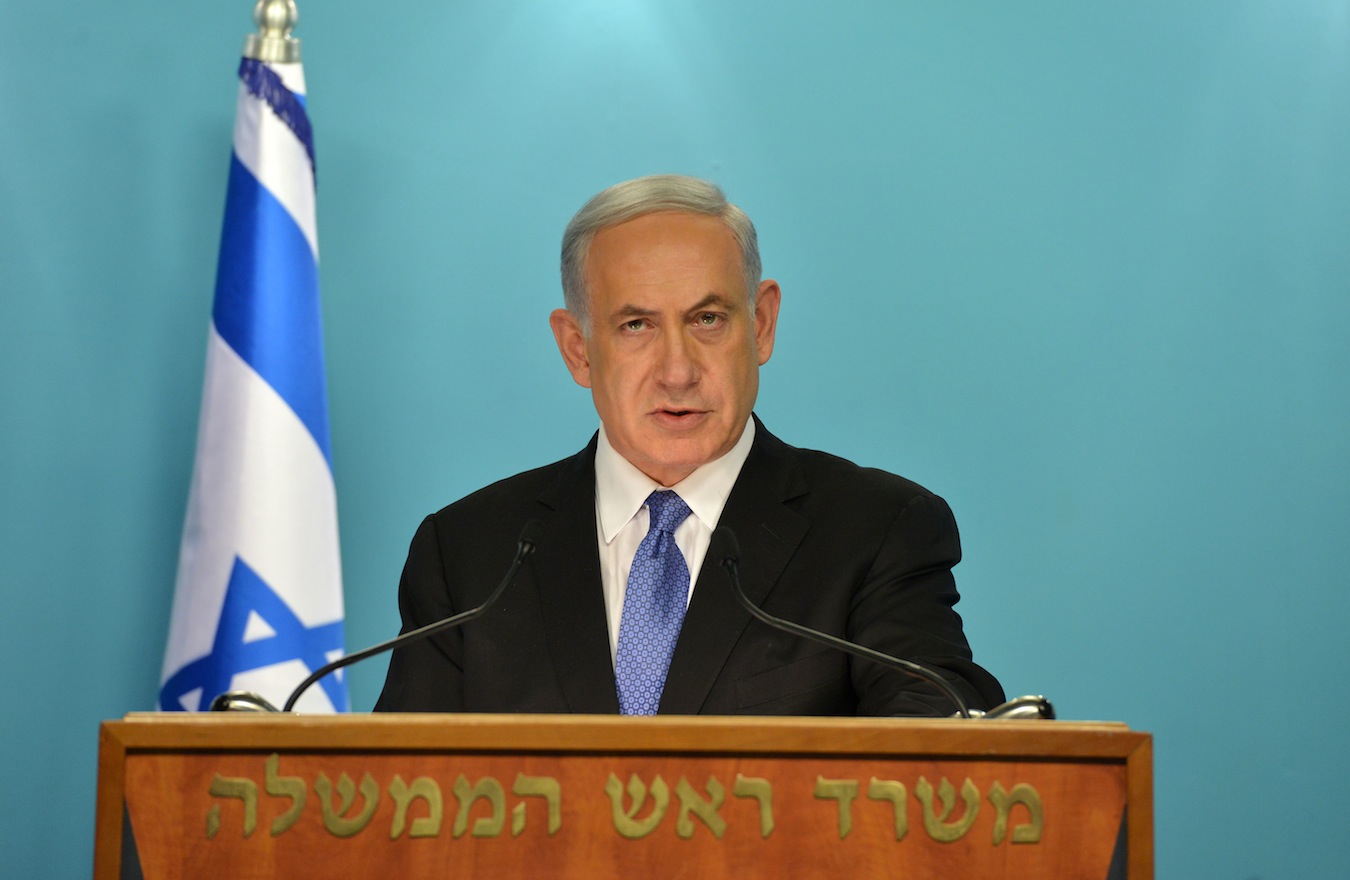 (JTA) — In a telephone conversation with President Barack Obama, Israeli Prime Minister Benjamin Netanyahu expressed strong opposition to the deal the United States and five other world powers made with Iran on its nuclear program.

“A deal based on this framework would threaten the survival of Israel,” Netanyahu told Obama on Thursday, according to a statement from Netanyahu’s office.

Netanyahu’s statement followed the reaching of a framework agreement with Iran after several days of negotiations in Switzerland. Obama told the Israeli leader that the framework “represents significant progress towards a lasting comprehensive solution that cuts off all of Iran’s pathways to a bomb and verifiably ensures the peaceful nature of Iran’s nuclear program going forward,” according to the White House.

The framework is the result of two years of negotiations between Iran and six world powers: the United States, Russia, China, Germany, France and Britain. A final agreement is expected to be signed in June.

Under the framework accord, Iran would cut the number of centrifuges it uses to enrich uranium to 5,060 — a third of what it now has. Iran also agreed for 15 years to cut its current stockpile of low-enriched uranium from around 10,000 to 300 kilograms.

Israel under Netanyahu has opposed any relief in sanctions as long as the Iranians continue to enrich uranium, citing concerns that this would make Iran a threshold state capable of producing a nuclear weapon within months.

In his conversation with Netanyahu, Obama said he has directed his national security team to increase consultations with the Israeli government on “how we can further strengthen our long-term security cooperation with Israel,” the White House said in a statement.

Reactions to the framework by prominent Jewish organizations spanned the spectrum of opinion.

J Street, the dovish lobby group, said in a statement it welcomes the agreement, which it called historic, and applauded Obama and Secretary of State John Kerry for making it happen.

The American Israel Public Affairs Committee, or AIPAC, noted concerns about the deal, citing “Iran’s long history of cheating on its international obligations and its leading role in sponsoring terrorism and violating human rights,” which AIPAC said “should disqualify [Iran] from possessing the infrastructure for a nuclear weapons program. ”

The Anti-Defamation League said there are “too many unanswered questions” and called for “robust congressional review” of its terms.

“The proposed accord has many obstacles to it because Iran simply cannot be trusted,” ADL’s national director, Abraham Foxman, said. “The apparent rush to remove sanctions gives Iran an incentive to comply with the terms of the agreement, but once sanctions are removed, then what?”