Obama and Netanyahu dig in for fight over Iran deal 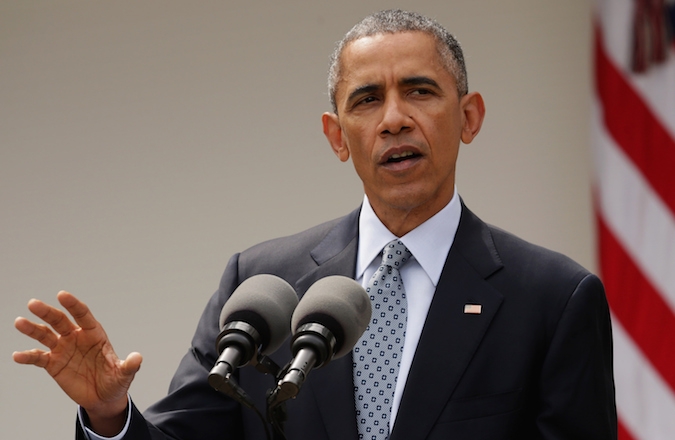 (JTA) — For President Obama, the framework agreement reached Thursday with Iran is a “historic understanding” that does more to roll back Tehran’s nuclear program than any possible alternative and avoids the risk of a destructive war in the Middle East.

But to Israeli Prime Minister Benjamin Netanyahu, it’s the complete opposite: a pact that “threatens the survival of Israel” and would “increase the risks of nuclear proliferation in the region and the risks of a horrific war.”

With many of the deal’s details yet to be worked out before the June 30 deadline for a comprehensive agreement, the fight is on over whether the outline of an accord reached this week is the best the United States and Europe can do to stop Iran’s progress toward a nuclear weapon.

Critics in Jerusalem and in Congress say the Obama administration should press Iran harder for a better deal. Obama insists the agreement is the best one possible.

“Iran is not going to simply end its program because we demand it to do so,” the president said at a White House news conference Thursday.

In exchange, Iran will get relief from certain U.S. and United Nations sanctions, and the relief will be phased in as Iran takes steps to meet its end of the bargain. If Iran violates the deal, those sanctions will be restored. According to Obama, the deal ensures that Iran’s “breakout time” to acquiring a nuclear weapon is at least a year and imposes strict limitations upon Iran’s nuclear program for at least 15 years. 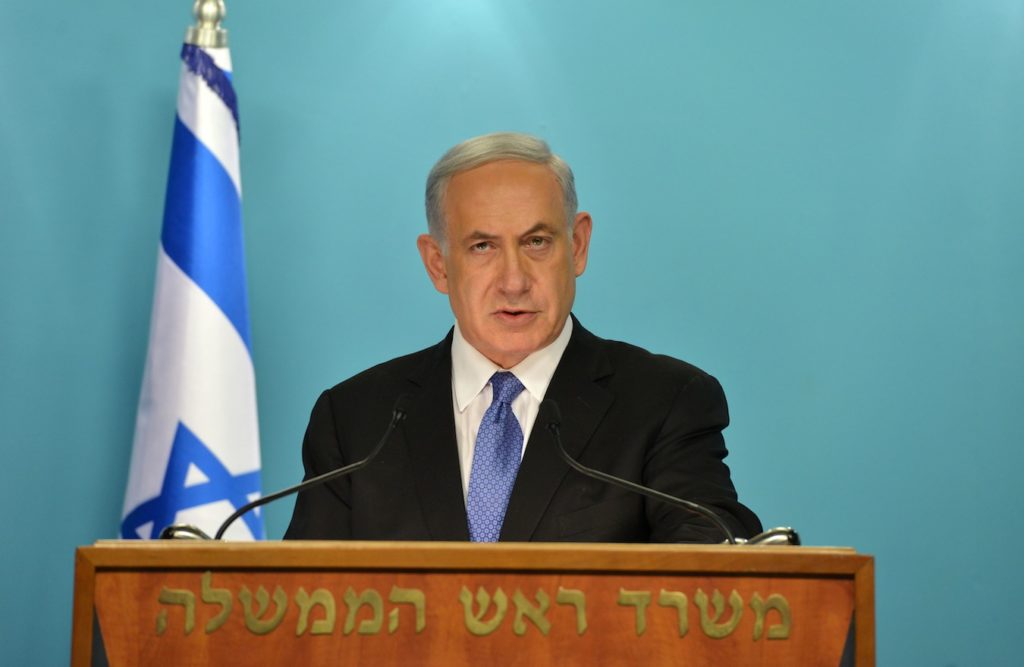 Many details remain murky. It’s unclear how fast the sanctions will disappear, exactly what steps Iran must take in order for them to be removed, or how they would be restored in the event Iran fails to meet its obligations. The framework agreement also does not say what will happen to the uranium that Iran must give up.

Critics say the deal allows Iran to continue working on perfecting its advanced centrifuges so that, once the deal expires, Tehran can more quickly assemble a nuclear weapon. In a rare statement by AIPAC, the organization said it’s concerned that the deal could leave Iran as a nuclear threshold state, igniting a nuclear arms race in the Middle East.

“Some claim that the only alternatives to this framework are capitulation or military action. We reject that assertion,” the AIPAC statement said. “A clear alternative to a bad deal remains the good deal that is achieved by the application of increased economic and political pressure on Tehran to reach an agreement that transparently does not allow Iran a path to nuclear weapons capability.”

AIPAC called for the agreement to be subject to review by Congress, where there is more skepticism than in the White House about the deal’s chances of success.

While Obama does not need congressional approval for the deal, he promised Thursday that he would brief members of Congress and welcomed a “robust debate” on the deal. Congress could scuttle the agreement with a veto-proof majority prepared to vote against the deal or if it approves new sanctions on Iran.

Sen. Bob Corker (R-Tenn.), the chairman of the Senate Foreign Relations Committee, said after the deal’s announcement that the United States “must remain clear-eyed regarding Iran’s continued resistance to concessions, long history of covert nuclear weapons-related activities, support of terrorism and its current role in destabilizing the region.”

Corker is the lead sponsor of a bill that would require congressional review of the nuclear deal.

House Speaker John Boehner (R-Ohio), who was in the Middle East this week and held a joint news conference with Netanyahu, said Congress must be allowed to “fully review the details of any agreement before any sanctions are lifted.”

In his news conference on Thursday, Obama acknowledged the battle he’ll face in Congress.

“The issues at stake here are bigger than politics; these are matters of war and peace,” the president said.

The U.S. administration also faces skepticism from Sunni Arab allies in the Middle East who feel threatened by Iran’s Shiite regime and fear that America is reaching out to Tehran at the expense of its friends in Saudi Arabia, the Persian Gulf and elsewhere. Bahrain, the United Arab Emirates and Saudi Arabia have expressed alarm similar to Israel’s about Iran’s nuclear program.

In a nod to those concerns, Obama said he had invited the Saudi king and the leaders of half a dozen Gulf countries to join him at Camp David later this spring to discuss regional concerns. Obama also lifted a freeze on U.S. military aid to Egypt that had been in place since 2013, when the military deposed the country’s democratically elected president, Mohamed Morsi of the Muslim Brotherhood, and installed Abdel Fatah el-Sisi in his place.

Egypt and Saudi Arabia are the main Arab power centers in the Middle East and rivals of Iran; both countries are expected to pursue nuclear weapons of their own if they believe Iran is on a quick path to the bomb.

Critics say the new agreement will enhance Tehran’s ability to further threaten and destabilize the region. The deal does not address Iran’s support for terrorism or the threats Iranian officials continue to lob toward Israel. In addition, they say, Iran’s track record of lying, obfuscating and failing to fulfill previous commitments to allow inspection of its nuclear facilities does not bode well for its future compliance.

While Iranian and Western negotiators engaged in marathon sessions in Switzerland this week in an attempt to meet a self-imposed March 31 deadline for an agreement, the outline they presented Thursday — two days late — is still missing many key elements.

“Those details matter,” Obama said. “Our work is not yet done.”

But the president said if a deal can be made and Iran follows through, “we will be able to resolve one of the greatest threats to our security, and to do so peacefully.”

Looming behind all this is whether the nuclear deal could lead to gradual detente between Iran and the West, though Obama administration officials insist that is not the goal of these negotiations. Critics charge that Obama’s quest for a transformative moment is clouding his judgment when it comes to Iran.

On Friday, Israel’s Security Cabinet met and expressed unanimous opposition to the deal, according to the Prime Minister’s Office.

“On the Iranian issue there is no opposition and no coalition,” Yair Lapid, head of Israel’s Yesh Atid party, said on Thursday. “We are all concerned that the Iranians will circumvent the deal, and Israel must protect its own security interests.”