When Holocaust truth is stranger than fiction, do we need fiction? 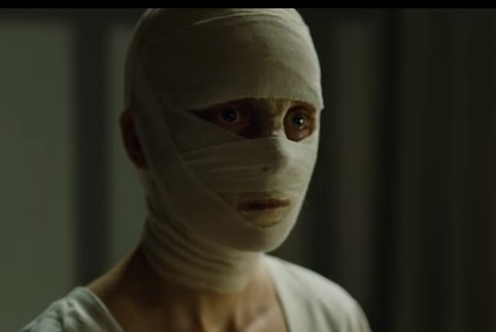 A scene from "Phoenix,"about a Holocaust survivor whose plastic surgery renders her unrecognizable. (YouTube)
Advertisement

At the age of 5, Moshe Tirosh’s main concern was keeping his younger sister quiet as they lived in isolation at a subterranean hideout under the feet of Nazi troops stationed at the zoo of occupied Warsaw.

His extraordinary account of surviving the Holocaust came back to me on Sunday, along with other amazing accounts from that period as I exited a screening of “Phoenix,” a new German film about the postwar years.

Set in the bombed-out streets of West Berlin, “Phoenix” tells the astonishing story of a young Jewish singer attempting to reclaim her life and husband after suffering, in a concentration camp, a gunshot wound to the face that rendered her unrecognizable. After successful reconstructive surgery, she locates her non-Jewish husband — who may have betrayed her to the Nazis — and attempts to re-enter his life without revealing her true identity.

Unlike Tirosh’s story, the plot of “Phoenix,” directed and co-authored by Christian Petzold, is fictional. Ignoring the limitations of plastic surgery in general and in the 1940s especially, it compromises its credibility on this and a number of other points to discuss its main theme: the effects of emotional, physical and even social trauma on one’s identity.

The film, which is of course hardly the first fictional film to deal with the Holocaust, conducts that discussion in a subtle, comprehensive and engaging manner, largely thanks to what many film critics have praised as excellent acting by the lead actors: Nina Hoss, Nina Kunzendorf and Ronald Zehrfeld.

But walking out of the film Sunday, my mind wondered back to the story of Tirosh and other eyewitnesses to real-life events during the Holocaust.

People like Johan Van Hulst, the 104-year-old wartime savior of dozens of Jewish children who fixed me a cup of coffee at his Amsterdam home before recounting his actions in fine detail. And my own grandmother, who fell through the Nazi death machine’s cracks thanks to a series of incredible twists of fate.

As these witnesses quickly disappear from our lives, I wonder about the merit of a fictional film about the genocide — itself subject to revisionism — with a plot so extravagant that it rivals the works of Pedro Almodovar and his Spanish stream of fancy.

Obsessed with documenting the Holocaust through testimonies, the journalist in me has reservations about films like “Phoenix” or “Ida,” a Polish, Oscar-winning production, whose fictional plots are almost realistic enough to pass for plausible in the sea of unlikely but authentic survival and rescue stories.

But another part of me is prepared to see slippage in accuracy in Europe’s ongoing debate about the Holocaust, if it comes with the deep reflection and observations about European societies and their Jews demonstrated in films like “Phoenix” and “Ida.”