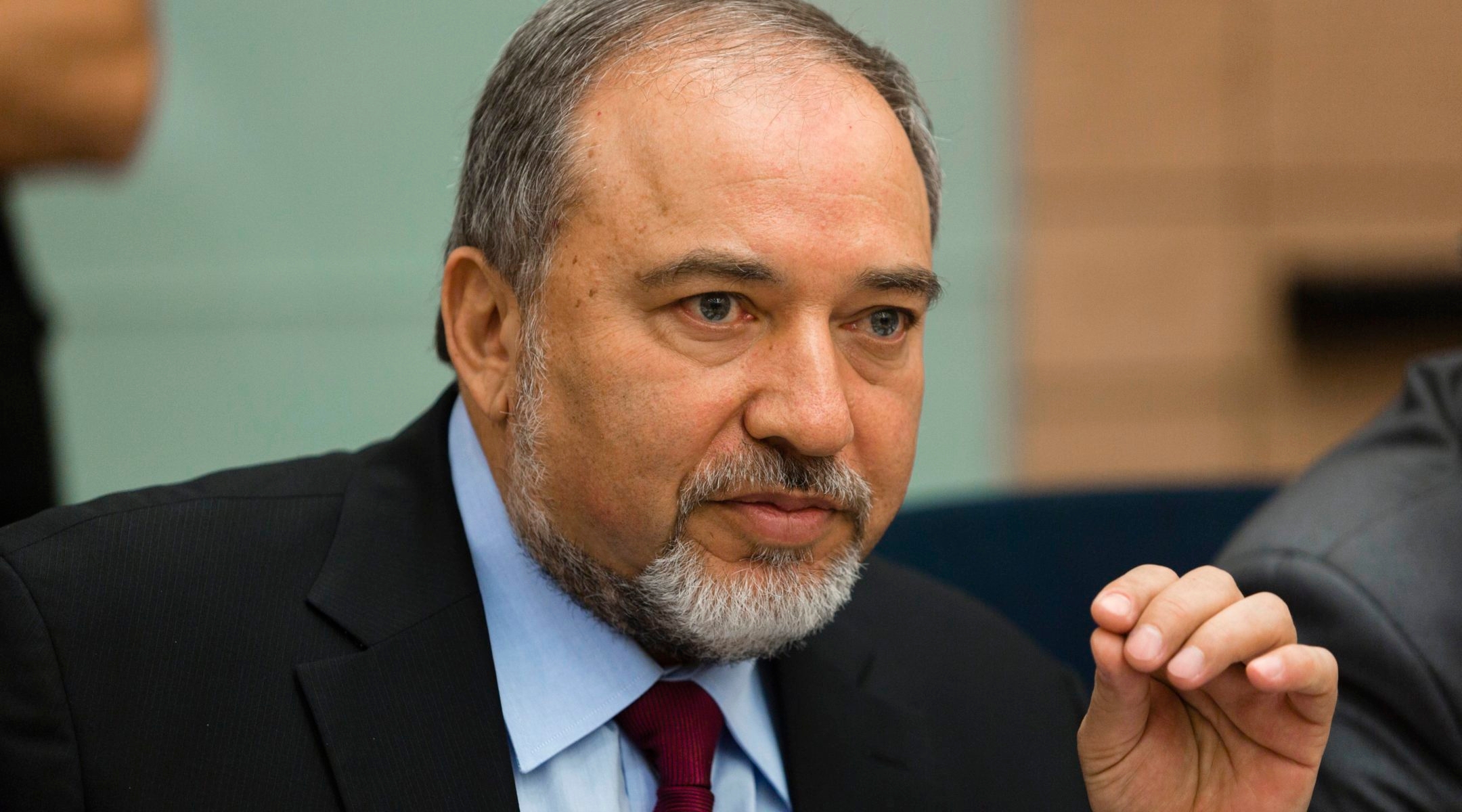 Liberman sarcastically suggested the move in an interview Friday with Israel Radio about a letter sent out earlier this week by foreign ministers of 16 of the European Union’s 28 member states, in which they asked EU foreign policy chief Federica Mogherini to promote such labeling in store chains throughout Europe.

Jews were forced to identify themselves during the Nazi regime with a yellow star sewn on their clothes.

The ministers oppose the current labeling of goods from Israeli settlements as “Made in Israel,” claiming it violates consumers’ rights to obtaining accurate information about products on sale.

“I have a suggestion for them on labeling,” Liberman said in the interview, which was conducted one day after Israel’s national Holocaust Remembrance Day, or Yom Hashoah. “They can … label all products from Judea, Samaria and the Golan Heights with a yellow star. I think that is extremely fitting to the cynical and hypocritical position expressed in this letter.”

Germany wasn’t among the signatories.

A similar appeal from 2013 had the signatures of 13 EU member states. Italy and Hungary are among the countries whose foreign ministers joined the appeal this week.