Op-Ed: Holocaust education is for memory and action 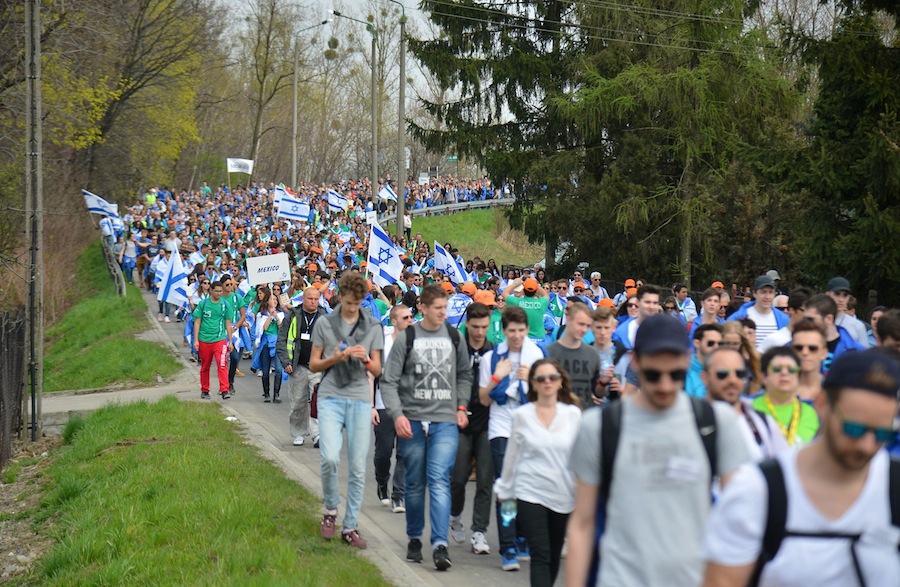 KRAKOW, Poland (JTA) — The International March of the Living is in its 27th year. In those years, over 220,000 young people from around the globe have come to Poland to study, reflect and remember. They then return to their communities to share their personal reaction to facing the past through their experience in the present.

This is the 70th year since the end of World War II. With every passing day, the number of survivors among us decreases. Our responsibility is to find the best way to ensure that their story is passed on from generation to generation — not as a piece of abstract history, but as part of the story of our people. Our theme this year is “Every Witness Becomes Witness,” as the torch of the survivors is passed to the next generation.

Every year there is a moment during the March of the Living that remains with us, touches us, strengthens us and reaffirms our commitment to the memory of the Holocaust and to act upon its lessons. Such moments are different for each of the 11,000 participants, but I doubt that many were left unmoved by the cry of Rabbi Yisrael Meir Lau, who while reminding us this year that the Nazis did not discriminate between types of Jews, called for unity with the words, “If we can die together, we can live together as well.”

It was Einstein who said, “The only source of knowledge is experience.” Education around the Holocaust should never be dispassionate, it should never be disconnected from feeling. In evaluating the march’s impact on participants, we have found that the transmittal of emotional, educational and compassionate reactions to the events of the past has a deep impact on both the deliverer and the recipient.

Two recent studies — in Canada and the United States — showed the long-term impact of the march on its participants. They showed that 88 percent of participants agreed that the march increased their sense of Jewish identity; 84 percent said it had increased their sense of the importance of educating their children in the Jewish faith; 70 percent said they felt more motivated to be part of Jewish organizations; and 73 percent said they felt more motivated to take part in Jewish activities.

The studies also showed that 95 percent believed that they were well-prepared to counter Holocaust denial and 91 percent felt that confronting anti-Semitism was more important after taking part in the march. As significant, 89 percent of participants reported an increase in their commitment to human rights, and 87 percent said their feelings of tolerance for others in society had increased

The marching on Yom Hashoah from Auschwitz to Birkenau with over 10,000 Jews and non-Jews leaves an indelible impression on each participant. The very fact that our ancestors walked this same path embraces the true meaning of memory. This feeling can remain with the participants and forever influence their lives.

Our educators never convey to participants a sense that the answers to their questions are easy or comfortable. We may never be able to truly understand why the Holocaust happened. But we can focus our efforts on remembering, on trying to understand and on how to best respond to the lessons of the Holocaust. Our response is to strengthen a sense of belonging and instill a renewed commitment to the Jewish people and to Israel. Our response is to build the exact opposite world to the one the Nazis sought to create — a world of kindness, compassion, dignity and tolerance for all members of the human family.

(Phyllis Greenberg Heideman is the chair of the March of the Living International Advisory Board.)