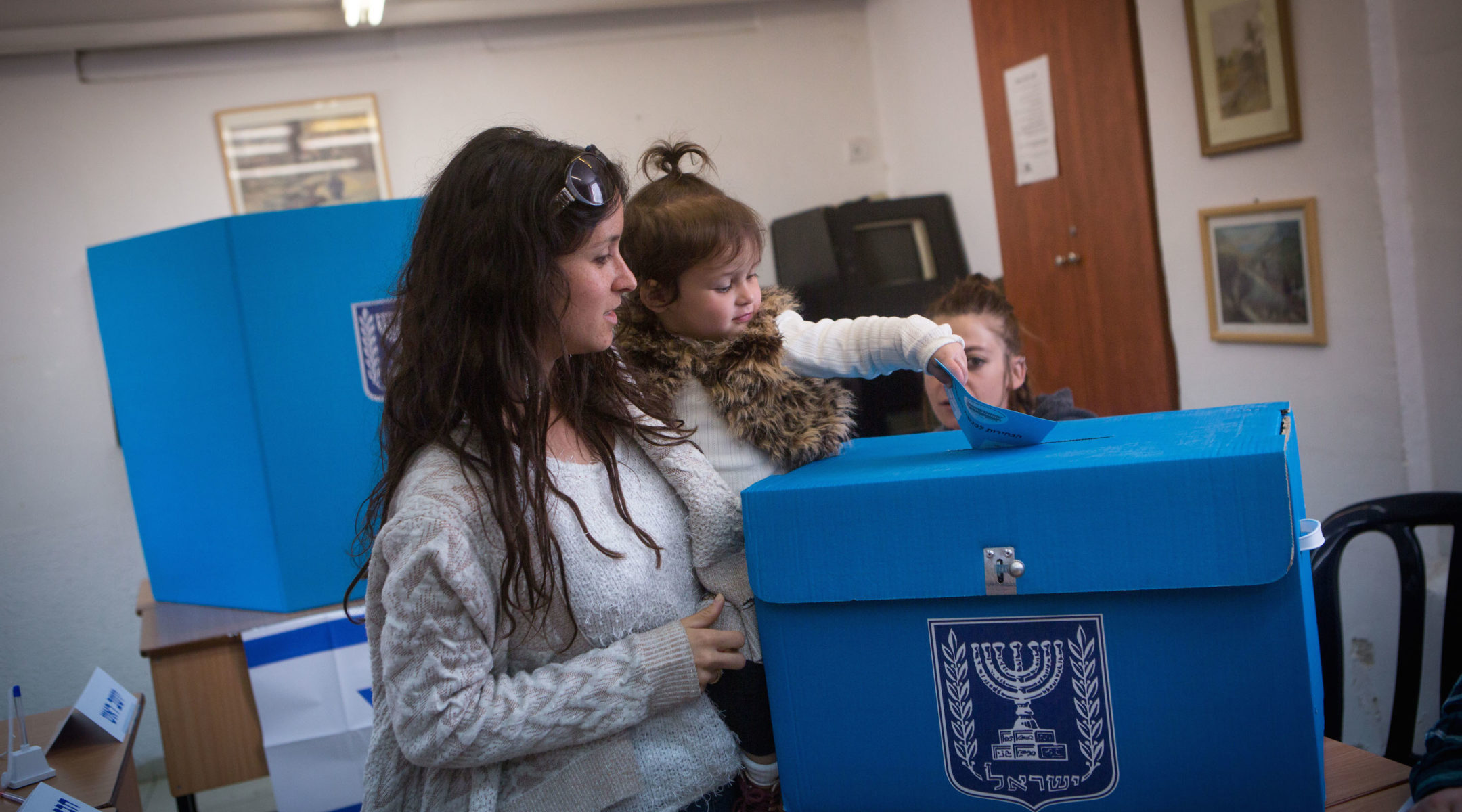 An American Israeli woman casts her vote at a polling station in Jerusalem, on March 17, 2015, in the Israeli general elections for the 20th parliament. (Miriam Alster/FLASH90)
Advertisement

(JTA) — More than one-quarter of Israeli voters did not decide how they would vote until the final days of the campaign, according to a new survey.

The survey, commissioned by the New Majority, a group that sought to unseat Prime Minister Benjamin Netanyahu, found that 15 percent of voters made their decision on the way to the voting site on March 17, while 13 percent decided in the final days of the campaign, Al Monitor reported. By contrast, only 9 percent of American voters in 2012 made their decisions so late in the election.

The poll of 1,133 voters in the election also found that 66 percent viewed Netanyahu as a strong leader, compared to 24 percent who felt that way about Zionist Union leader Isaac Herzog. In addition, 79 percent of voters who ranked security as their top concern voted for right-wing parties.