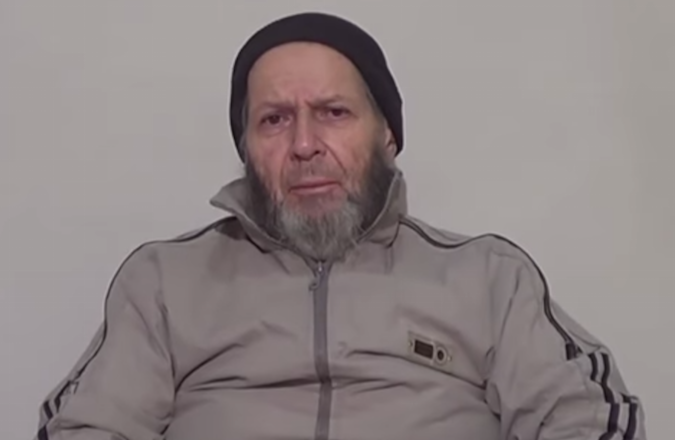 (JTA) – U.S. forces accidentally killed Warren Weinstein, the Jewish-American government contractor who had been held hostage by al-Qaida since 2011, the White House acknowledged.

Weinstein was killed along with Italian hostage Giovanni Lo Porto, held captive since 2012, in a drone strike in January in which U.S. forces targeted an al-Qaida-linked compound in the Pakistan-Afghanistan border area, the White House said Thursday in a statement.

U.S. forces did not know the two hostages were present and President Barack Obama “takes full responsibility” for their deaths, the statement said.

Obama in a statement Thursday said, “Since 9/11, our counterterrorism efforts have prevented terrorist attacks and saved innocent lives both here in America, and around the world. And that determination to protect innocent life only makes the loss of these two men especially painful for all of us.”

The statement said Obama spoke with Weinstein’s widow, Elaine, and the prime minister of Italy, Matteo Renzi, on Wednesday.

“As a husband and as a father, I cannot begin to imagine the anguish that the Weinstein and Lo Porto families are enduring today,” the president said. “I realize that there are no words that can ever equal their loss. I know that there is nothing that I can ever say or do to ease their heartache.”

Weinstein, 73, of Rockville, Md., was kidnapped in August 2011 in Lahore, Pakistan, while working for J.E. Austin Associates, a private company that advises Pakistani businesses. Weinstein also had worked with the Peace Corps and with USAID, and prior to his abduction had spent seven years in Pakistan working to improve local communities through projects related to dairy production, farming and health care, according to his family.

U.S. officials said they would not negotiate with al-Qaida for his release as a matter of policy when it comes to hostages.

In a September 2012 video addressed to Israel’s prime minister, Weinstein said, “As a Jew, I am appealing to you, Prime Minister Netanyahu, the head of the Jewish State of Israel, as one Jew to another, to please intervene on my behalf, to work with the mujahadeen and to accept their demands, so that I can be released and returned to my family, see my wife, my children and my grandchildren again.”

Two other Americans who belonged to al-Qaida, Ahmed Farouq and Adam Gadah, were killed in U.S. operations in the same region, though they were not specifically targeted or known to be in the area, according to the White House.

The information about the January raid had been classified until now. Even though the raid was “lawful and conducted consistent with our counterterrorism policies,” the White House said, the government is conducting a “thorough independent review” of the incident.