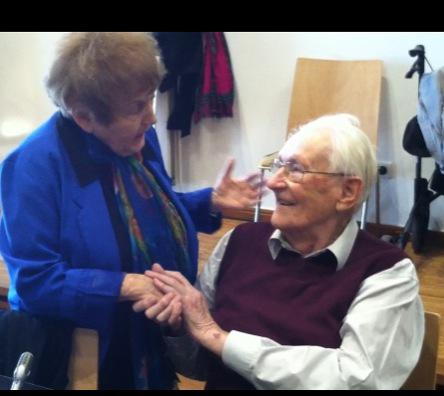 (JTA) — A Holocaust survivor who publicly forgave and embraced a 93-year-old former Nazi officer on trial has angered plaintiffs in the case after saying the government should stop the prosecution.

Eva Mozes Kor, who had been one of 50 Auschwitz survivors bringing charges against Oskar Groening, a concentration camp guard who has been described as the “accountant of Auschwitz,” said on German television Sunday night that the government should stop prosecuting former SS officers and instead urge them to come forward and publicly share their stories, The Guardian reported.

Kor, 81, said stopping prosecutions would help in the fight against neo-Nazi Holocaust deniers in Germany.

Her co-plaintiffs issued a statement criticizing Kor’s remarks, saying she should not have become a plaintiff if she did not believe in such prosecutions.

Kor, who has published two books about her experiences at Auschwitz, posted a photo on Twitter of her embracing Groening shortly after she testified about how she and her twin sister, Miriam, had been subjects of Joseph Mengele’s experiments there.

“I am sharing with you my face to face meeting with Oskar Groening the former Nazi guard. Two old people reaching out pic.twitter.com/XlooNvPpQ1

Kor also wrote about the encounter on her Facebook page:

“… As I was talking to him, he grabbed me and gave me a kiss on the cheek. Well I probably wouldn’t have gone that far, but I guess it is better than what he would have done to me 70 years ago.

“Everything he is accused of — I am saying he did all that. I told him that my forgiveness did not prevent me from accusing him nor from him taking responsibility for his actions. And I told the media that he was a small screw in a big killing machine, and the machine cannot function without the small screws. But obviously he is a human being. His response to me is exactly what I was talking about when I said you cannot predict what will happen when someone from the victims’ side and someone from the perpetrators’ side meet in a spirit of humanity.

“I know many people will criticize me for this photo, but so be it. It was two human beings seventy years after it happened. For the life of me I will never understand why anger is preferable to a goodwill gesture. Nothing good ever comes from anger. Any goodwill gesture in my book will win over anger any time. The energy that anger creates is a violent energy …”