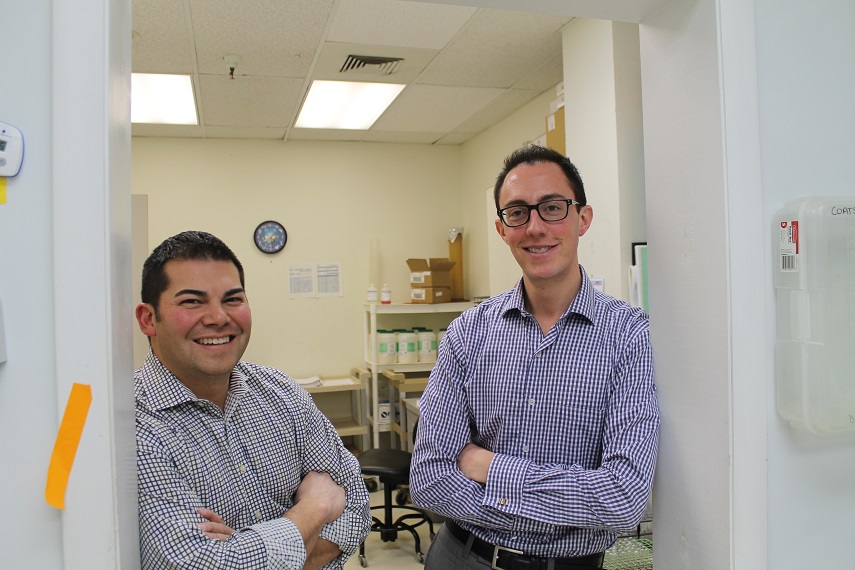 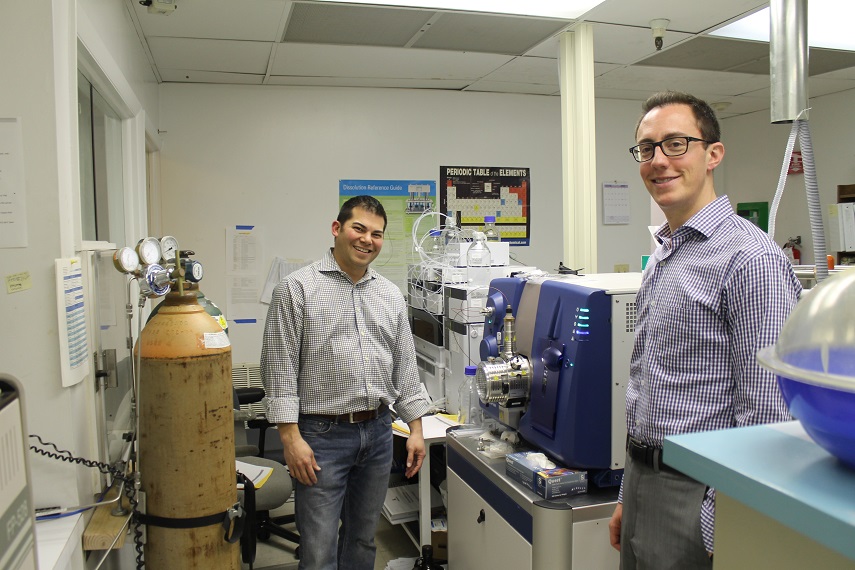 DENVER (JTA) – Seth Wong’s place of work is heavily cluttered, with shelves loaded with moldy bagels, stale cake and fermenting carrots. There’s a not-so-faint smell of urine in the air.

But if all goes according to plan for Wong and his new business partner, JJ Slatkin, their new office soon will have something else in abundance: marijuana.

The two Jewish 30-somethings are launching a new company that will offer contaminant testing and potency analysis for cannabis, which Colorado legalized in 2014.

Wong’s current place of work is no frat house; he is president of a 70-year-old company called Industrial Laboratories, which does food and drug analysis. The aging cakes and other foods are being analyzed for shelf life and examined for pathogens like salmonella and E. coli, the clutter includes $500,000 machines that deconstruct molecules to ensure the nutritional claims on food product labels are accurate, and the stench of piss comes from racehorse urine being tested for banned substances. The lab also drug screens the urine of livestock, carrier pigeons, greyhounds and Iditarod racing dogs.

“Normally, our lab smells like a stockyard,” Wong told JTA during a recent tour of the facility in Wheat Ridge, Colorado, just west of Denver.

When it comes to their new company, TEQ Analytical Laboratories, Wong and Slatkin are hoping two elements will give them a leg up over the competition: Wong’s strong reputation for quality microbiological testing and their personal connections with many of the state’s leading marijuana producers — many of whom happen to be Jews.

“Many of the original real trailblazers and entrepreneurs in the cannabis industry are Jewish, and there are a handful of major operations within Colorado that have Jewish ownership,” said Slatkin, who has a background in finance. “Our Jewish community relationships have definitely been important.”

There’s Ean Seeb, chairman of the National Cannabis Industry Association, a Jewish federation leader who has his own Jewish events company. There’s Joseph Max Cohen, who started the Clinic Medical Marijuana Center in 2009 and now has multiple facilities in the Denver area. Many of the administrators at the Pink House Blooms chain of marijuana dispensaries are Jewish. So is Richard Greenberg, executive vice president of Global Cannabis Ventures and an investor in an Israeli company focused on improving marijuana breeding methods.

Slatkin and Wong are well-connected in this world, largely through their Jewish associations. They count Seeb as a good friend. They often run into marijuana entrepreneurs at events sponsored by the local Jewish federation, where Wong and Slatkin are young leaders. (Wong met his fiancee on a Jewish federation retreat.) The business partners are also Wexner Heritage fellows, a program that supports young Jewish volunteer leaders.

Wong, 34, has an unusual Jewish background. His mother is from a Jewish family in Philadelphia and his father is from a Protestant Chinese family. Wong’s grandfather came over from China in the 1920s at the age of 9 as a “paper son” – with fake identity papers. Though his father and brothers already were in the United States, they were running bars and brothels during Prohibition and weren’t much help, and Wong’s grandfather was adopted by a Jewish family.

He never became Jewish, but four decades later his son – Wong’s father – brought home a Jewish wife. Wong himself grew up in Boulder, going to Hebrew school and Jewish youth groups, yet relishing his family’s famed Chinese roast pork recipe. When he turned 13, Wong asked his father – who owns Industrial Laboratories, which Wong now runs – to convert to Judaism so he could stand alongside Wong on the bimah platform at his bar mitzvah. He obliged.

Slatkin, 32, comes from a long line of Denver Jews. Five generations ago, his ancestors fled pogroms in Russian to move to a Jewish agricultural settlement in Cotopaxi, Colorado, that flourished briefly in the 1880s. After the settlement failed, they migrated to Denver and in 1887 founded an Orthodox synagogue on Denver’s west side, Congregation Zera Abraham, and had a hand in founding several others.

A Jewish day school graduate, Slatkin is a leader in his minyan at the Hebrew Educational Alliance, a Conservative synagogue in Denver, and he maintains a weekly Torah study date with an Orthodox rabbi in town. He and Wong met through Jewish channels.

“My personal life revolves almost entirely around Jewish life in Colorado,” Slatkin said. “The continuity of the Jewish people is probably the most important goal in my life. That and getting married at some point – to a Jewish girl, obviously.”

Professionally, Slatkin and Wong’s near-term goal is getting their new company up and running – and courting clients. They’ve obtained state licensing, are building their new lab at the Fitzsimons Innovation Campus in Aurora and have raised about half of the $1.5 million they need to get started. Once they are certified by the Colorado Department of Public Health and Environment and other third-party certifiers, they’ll be ready to go – perhaps as soon as June.

There’s a bit of a Wild West element to Colorado’s marijuana industry. Fearful of federal retribution (marijuana is still illegal under federal law), banks are wary of dealing with marijuana companies, so almost everything is handled in cash. The state is wary of licensing any entrepreneurs with criminal histories dealing or growing pot. Potency labeling is confusing and inconsistent – a problem Wong hopes the lab will help rectify.

The principal psychoactive element in marijuana is tetrahydrocannabinol – better known as THC. Currently, cannabis producers must disclose the amount of THC present in each serving of their product, but producers are still seeing great variability in potency. Slatkin and Wong say TEQ can help remove that variability so products have a consistent level of potency.

“We’ve been watching the cannabis industry for some time, and the industry could benefit from a lab of our expertise,” Wong said. “Now is our time.”