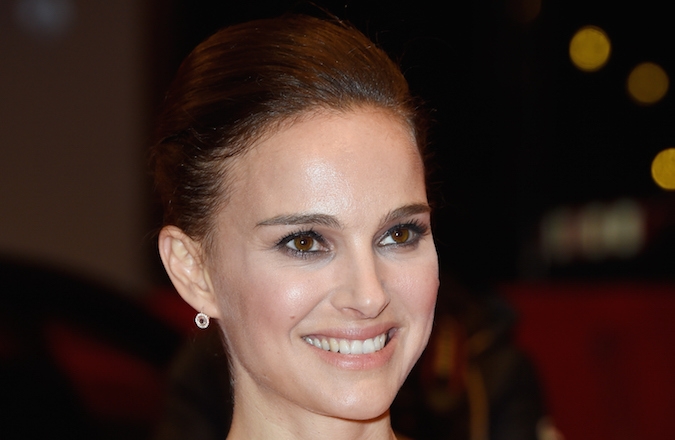 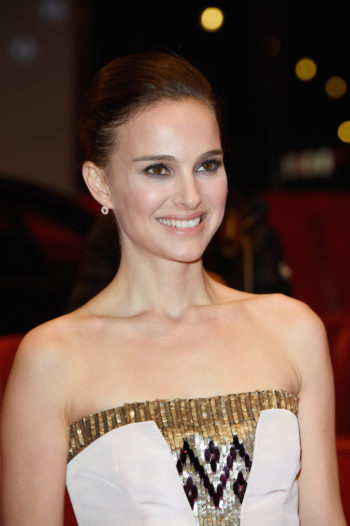 Natalie Portman at the ‘As We Were Dreaming’ premiere during the 65th Berlinale International Film Festival on Feb. 9, 2015 in Berlin, Germany. (Pascal Le Segretain/Getty Images)

Hollywood Reporter’s new cover story interview with actress Natalie Portman may be one of the most heavily Jewish-themed articles the magazine has ever published.

In it, the Israel-born Portman, who’s preparing for the May 18 debut of her film adaptation of Israeli author Amos Oz’s “A Tale of Love and Darkness,” which was shot in Jerusalem, talks about everything from Israeli Prime Minister Benjamin Netanyahu (she’s not a fan) to anti-Semitism in Paris, where she now lives, to reading Bible stories with her 3 ½-year-old son, Aleph.

Here’s some highlights from the interview with the 33-year-old star, director and screenplay writer:

On Netanyahu: “I’m very much against Netanyahu. Against. I am very, very upset and disappointed that he was re-elected. I find his racist comments horrific. However, I don’t — what I want to make sure is, I don’t want to use my platform [the wrong way]. I feel like there’s some people who become prominent, and then it’s out in the foreign press. You know, shit on Israel. I do not. I don’t want to do that.”

On why she decided to option Oz’s memoir and film it in Hebrew: “The language was really what [drew me], his obsession with words and the way words are connected in Hebrew, which has this incredible poetry and magic. It’s obviously almost impossible to translate, but there’s just incredible beauty to that. [Jews are] a people built of words, people built of books, and it’s quite beautiful to see that, which is a strange thing to start for a movie.”

On why she doesn’t display her Oscar (for Best Actress in “Black Swan”): “I was reading the story of Abraham to my child and talking about, like, not worshipping false idols. And this is literally like gold men. This is lit­er­ally worshipping gold idols — if you worship it. That’s why it’s not displayed on the wall. It’s a false idol.”

On Harvard Law professor and Israel advocate Alan Dershowitz, for whom she worked while an undergrad at the Ivy League school: “He has quite different politics than I do, but I really, really like him. He’s a very good friend. We just have different opinions.”