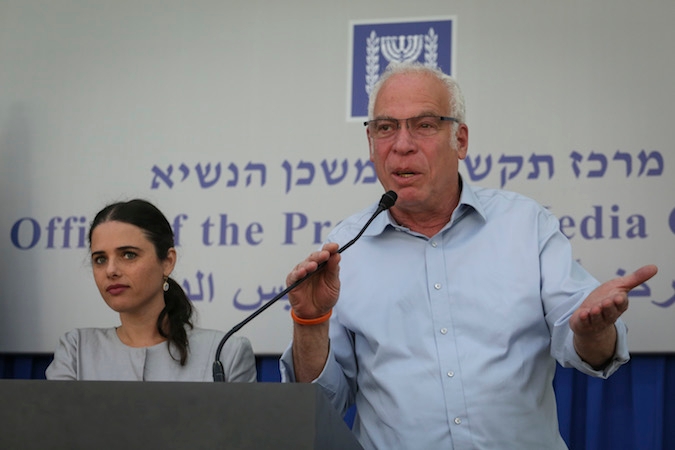 Just a few hours before Wednesday’s midnight deadline, Netanyahu agreed to appoint Jewish Home leader Naftali Bennett as education minister, Ayelet Shaked as justice minister and Uri Ariel to a third ministry position, the Times of Israel reported. Shaked, 39, has been in politics for only two years.

The final 61-member coalition is the minimum of seats needed for a majority in the 120-seat Knesset. Netanyahu has a week to have the coalition sworn into the Knesset.

Negotiations went down to the wire after Avigdor Liberman’s Yisrael Beitenu party refused to join Netanyahu’s coalition on Monday, leaving Jewish Home, a religious pro-settler party, with the leverage to make or break a coalition.

In the end, Netanyahu was forced to concede positions to Jewish Home that he wanted to fill from within his own Likud party.

Netanyahu was able to keep open the position of foreign minister, and the Times of Israel reported that he wants to offer the post to Isaac Herzog, who heads the left-wing Zionist Union. Herzog has said he would not take a Cabinet post and instead would lead the “spirited” opposition.

President Reuven Rivlin had granted Netanyahu a two-week extension to form a government. Had Netanyahu failed, Herzog likely would have been given the chance to form a coalition, as the Zionist Union finished second to Likud in the March elections.