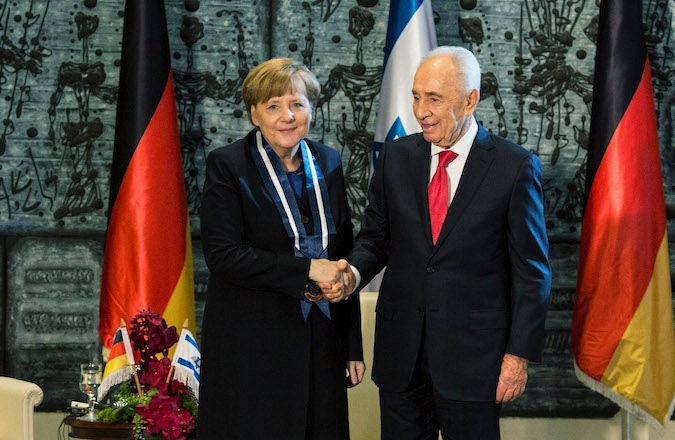 BERLIN (JTA) — This month marks 50 years since Israel and West Germany established diplomatic ties. It has been an understandably complex relationship, launched two decades after the Holocaust ended and 14 years after West Germany committed to reparations “both moral and material” for the genocide committed by the Nazis. (The decision to accept German money and goods was contentious among Israelis, some of whom referred to the payouts as “blood money.”)

Normalized relations between Israel and West Germany might have been initiated years earlier had it not been for objections from Arab states. But decades on, the connection between Israel and a now-united Germany — East Germany never established formal diplomatic ties with the Jewish state — has grown beyond its historical imperative, encompassing broad political, cultural, economic and military exchanges.

Here are some highlights from that relationship:

1970: Israeli Foreign Minister Abba Eban becomes the first Israeli diplomat to visit West Germany. While in the country he travels to the Dachau concentration camp, where tens of thousands had been killed by the Nazis. German law enforcement thwarts an Arab plot to assassinate Eban during his stay. 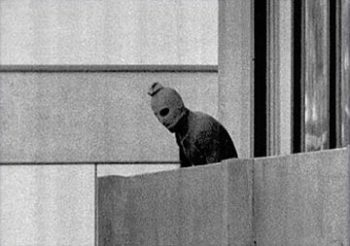 One of the Palestinian terrorists responsible for the Munich Massacre during the 1972 Olympics in that German city. (Wikimedia Commons)

1972: Germany hosts the Olympics for the first time since Adolf Hitler’s notorious 1936 Berlin games. At the Munich games, Palestinian terrorists take 11 Israeli team members hostage in the Olympic village. The hostages — athletes and coaches — and a German police officer are killed by the terrorists or during the bungled rescue effort.

1973: Prime Minister Golda Meir asks German Chancellor Willy Brandt, who is visiting Israel, to convey the message to Egyptian President Anwar Sadat that Israel is ready to give back most of the Sinai in exchange for peace.

1975: Yitzhak Rabin becomes the first Israeli prime minister to visit West Germany. He visits the former Bergen-Belsen concentration camp, where some 37,000 people were killed, and attempts to convince the German chancellor that European leaders should not interfere in the Middle East conflict.

1983: The Israeli basketball star Ralph Klein — a Holocaust survivor born in Berlin and an alumnus of Maccabi Tel Aviv — is appointed coach of Germany’s national team. 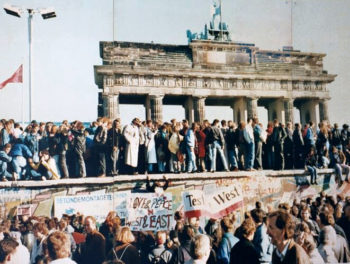 Protesters demonstrating at the Brandenburg Gate of the Berlin Wall in 1989. (Wikimedia Commons)

1989: With the fall of the Berlin Wall, Israeli Prime Minister Yitzhak Shamir tells West German Chancellor Helmut Kohl of his worries about a stronger, reunited Germany again posing a threat to the Jews — a notion that Kohl rejects.

1991: During the Gulf War, Kohl, who is now chancellor of a unified Germany, approves assistance to Israel, including the gift of two Dolphin submarines. Since then, Germany has subsidized Israel’s purchase of four additional Dolphins.

1992: Rabin visits the newly unified Germany. He urges the European countries to reject the Arab economic boycott of Israel and speaks out against a recent spate of xenophobic violence in the country. “Almost 60 years after the rise of Nazi power in Germany,” he says, “if Europe will not learn the lessons and cope with the problem at the very beginning, I don’t want to say what the meaning will be for Europe.” 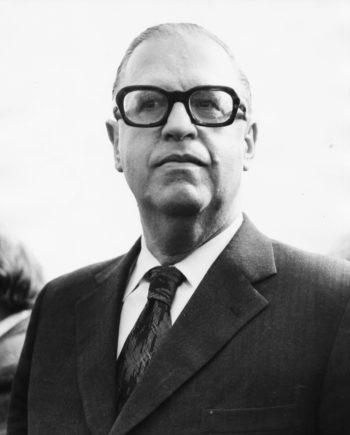 2005: German Foreign Minister Joschka Fischer, speaking before the United Nations on the 60th anniversary of the liberation of Auschwitz, describes Israel’s right to exist as a “non-negotiable, fundamental tenet of Germany’s foreign policies.”

2011: German Chancellor Angela Merkel says she may halt delivery of a Dolphin submarine due to Israel’s settlement policy. She withdraws the threat after Israel releases $100 million in frozen taxes and customs fees to the Palestinian Authority. Also in 2011, Israel’s Chamber Orchestra, visiting Germany, plays works by the anti-Semitic composer Richard Wagner, whose music was beloved by Hitler and appropriated by the Nazis.

2015: This summer, the European Maccabi Games will be held in Germany for the first time. The opening ceremony of the biggest Jewish sports event in Europe is to be held in Berlin’s Olympic Stadium, where the 1936 Olympic Games opened in Nazi Germany.